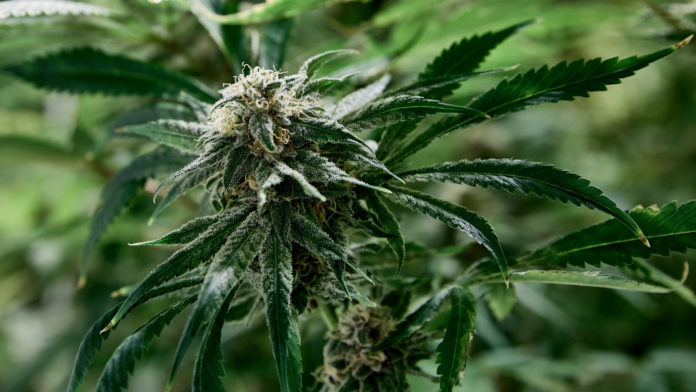 Before it can become law it must also be passed by the other body of the country’s Congress, the Chamber of Deputies.

The legislation, which was circulated in draft form earlier this month, would establish a regulated cannabis market in Mexico, allowing adults 18 and older to purchase and possess up to 28 grams of marijuana and cultivate up to six plants for personal use.

Several changes included in a last-minute amendment added on the Senate floor are technical in nature. However, there were a number of notable revisions, such as an increase from the initial limit of four self-cultivated plants per person and to make it so people who grow cannabis for personal use will not be subject to a requirement to have regulators track plants.

An additional change mandates that the government clear criminal records of people with past cannabis convictions within six months.

Lawmakers also removed a prohibition on owning more than one type of marijuana license, allowing for vertical integration of cannabis businesses. A previous version of the bill would have only allowed people from vulnerable communities to hold more than one license type.

Another modification that advocates are not happy with says that nonprofit associations of consumers that collectively cultivate cannabis must be located at least 500 meters from schools, sports and recreation centers and anywhere that third parties who have not given their consent could be exposed to smoke.

The Senate vote was 82 to 18, with seven abstentions.

The legislation cleared a joint group of Senate committees on Thursday, with some amendments being made after members informally considered and debated the proposal during a virtual hearing last week.

Members of the Senate’s Justice, Health, and Legislative Studies Committees had approved a prior version of legal cannabis legislation in March, but the coronavirus pandemic delayed consideration of the issue.

While advocates have celebrated the advancement of cannabis reform through the legislature, they have fought hard for changes to better protect consumers’ rights and promote social equity in the legal market. Namely, they remain concerned about high penalties that can be imposed for violating the cannabis rules and feel the bill should do more to allow opportunities for small farmers.

Many of their requested changes did not make it into the version approved by the Senate, and it’s not clear if the Chamber of Deputies will act to change the legislation.

That said, Ricardo Monreal, the ruling MORENA party’s coordinator in the Senate, argued last week that the proposal is a significant improvement on current laws against possession, which have “only caused the detention centers to be full of people for possession of a few grams of cannabis, which is why they seek to reduce the penalties in carrying of this product.”

In a column published on the senator’s website on Sunday, he said the “intensity, duration and complexity of the discussion reflects the desire to achieve the pacification of a country that for years has been a victim of violence caused by drug trafficking, as well as the will to respect the right to free development of the personality, at the same time that favorable conditions are generated to expand national economic development,” according to a translation.

Lawmakers have “the historic opportunity to regulate the use of cannabis within the Mexican regulatory framework, to allow better control of the health of users, the emancipation of organized crime activities and the use of its wide benefits for society,” he said, adding “this is a momentous moment in the public life of the country.”

Senators have been working on the reform legislation for two years since the nation’s Supreme Court ruled in late 2018 that the prohibition on possessing and growing cannabis is unconstitutional. The court ordered Congress to amend the law accordingly, but the legislature has struggled to reach consensus on the issue and has been granted several deadline extensions to enact the policy change.

The current deadline to legalize marijuana is December 15.

Senate President Eduardo Ramírez said last week that there is a “consensus” to achieve the reform by the court-mandated date.

The legislation makes some attempts to mitigate the influence of large marijuana corporations. For example, it states that for the first five years after implementation, at least 40 percent of cannabis business licenses must be granted to those from indigenous, low-income or historically marginalized communities.

The Mexican Institute of Cannabis would be responsible for regulating the market and issuing licenses.

Public consumption of marijuana would be allowed, except in places where tobacco use is prohibited or at mass gatherings where people under 18 could be exposed.

Households where more than one adult lives would be limited to cultivating a maximum of eight plants. The legislation also says people “should not” consume cannabis in homes where there are underaged individuals. Possession of more than 28 grams but fewer than 200 grams would be considered an infraction punishable by a fine but no jail time.

Monreal originally said the chamber would vote on the legalization bill by the end of October, that timeline did not work out.

In his latest column, he remarked that the delay enabled the legislature to take into consideration marijuana reforms “in Uruguay, Canada and the United States,” which “serve as examples of the probable consequences that must be foresee and solve in the Mexican case, while observing the benefits that the regulated use of this plant and its derivatives has generated in those nations.”

President Andrés Manuel López Obrador said in August that marijuana reform legislation will advance in the session that began in September.

Sen. Julio Ramón Menchaca Salazar, also of the MORENA party, said in April that legalizing cannabis could fill treasury coffers at a time when the economy is recovering from the pandemic.

As lawmakers work to advance the reform legislation, there’s been a more lighthearted push to focus attention on the issue by certain members and activists. That push has mostly involved planting and gifting marijuana.

In September, a top administration official was gifted a cannabis plant by senator on the Senate floor, and she said she’d be making it a part of her personal garden.

A different lawmaker gave the same official, Interior Ministry Secretary Olga Sánchez Cordero, a marijuana joint on the floor of the Chamber of Deputies last year.

Cannabis made another appearance in the legislature in August, when Sen. Jesusa Rodríguez of the MORENA party decorated her desk with a marijuana plant.

Drug policy reform advocates have also been cultivating hundreds of marijuana plants in front of the Senate, putting pressure on legislators to make good on their pledge to advance legalization.

See a summary of amendments made the Mexican marijuana legalization bill on the Senate floor below:

CBD and Your Endocannabinoid System, Explained