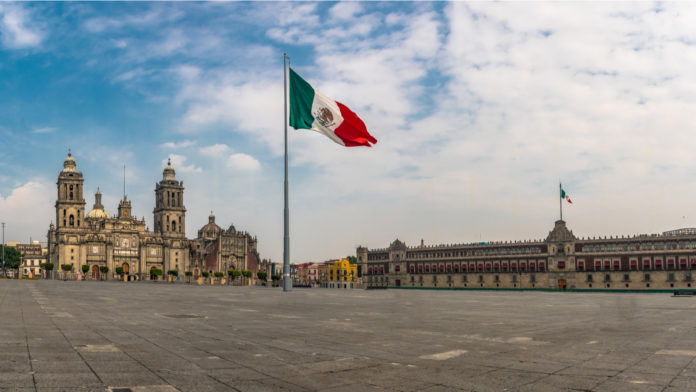 Mexican senators are circulating a revised draft bill to legalize marijuana nationwide, and several committees are set to hold a joint hearing on the legislation on Friday. The plan is to move the proposal to the full Senate floor as soon as this coming Tuesday.

The proposal would establish a regulated cannabis market in Mexico, allowing adults 18 and older to purchase and possess up to 28 grams of marijuana and cultivate up to four plants for personal use, according to a draft dated November 8 that was obtained by Marijuana Moment.

But adults would have to obtain a license from regulators in order to legally consume cannabis.

Lawmakers have been working on the reform legislation for two years since the nation’s Supreme Court ruled in 2018 that the prohibition on possessing and growing cannabis is unconstitutional. The court ordered Congress to amend the law accordingly, but the legislature has struggled to reach consensus on the issue and has been granted several deadline extensions to enact the policy change.

The current deadline to legalize marijuana is December 15. Members of the Senate’s United Commissions of Justice, Health, and Legislative Studies will take an initial step to that end on Friday, debating the latest proposal and potentially advancing it to a full floor vote.

Senate President Eduardo Ramírez said on Wednesday that there is a “consensus” to achieve the reform by the court-mandated date.

“Surely in the next few days it will be resolved,” he said.

But Sen. Martha Márquez of the PAN party told El Norte that she’s unsure why the panels are convening, as the coronavirus pandemic has meant suspending in-person legislative activity. However, she said she’s more surprised because the committees already approved a legalization bill earlier this year.

Advocates have been consistently pushing for legislative action on reform since the court ruling, though they’ve taken issue with certain provisions of lawmakers’ various proposals. Namely, they remain concerned about high penalties that can be imposed for violating the cannabis rules and feel the bill should further promote social equity in the industry.

The bill “still has a chance to be improved with changes to the currently punitive approach,” Zara Snapp, a legalization activist with the Instituto RIA and the coalition #RegulacionPorLaPaz, told Marijuana Moment

“This is an opportunity for them to legislate in a way that will have the social impact that we all desire, but changes are necessary,” she said. “This can be a historic opportunity to begin to repair the harms of prohibition.”

That said, the legislation makes some attempts to mitigate the influence of large marijuana corporations. For example, it states that for the first five years after implementation, at least 40 percent of cannabis business licenses must be granted to those from indigenous, low-income or historically marginalized communities.

The Mexican Institute of Cannabis would be responsible for regulating the market and issuing licenses.

Public consumption of marijuana would be allowed, except in places where tobacco use is prohibited or at mass gatherings where people under 18 could be exposed.

Households where more than one adult lives would be limited to cultivating a maximum of six plants. The legislation also says people “should not” consume cannabis in homes where there are underaged individuals. Possession of more than 28 grams but fewer than 200 grams would be considered an infraction punishable by a fine but no jail time.

While Ricardo Monreal, the ruling MORENA party’s coordinator in the Senate, said the chamber would vote on the legalization bill by the end of October, that timeline did not work out.

If the Senate passes the legal cannabis bill it will still have to go before the other house of the nation’s Congress, the Chamber of Deputies.

President Andrés Manuel López Obrador said in August that marijuana reform legislation will advance in the session that began in September.

Sen. Julio Ramón Menchaca Salazar, also of the MORENA party, said in April that legalizing cannabis could fill treasury coffers at a time when the economy is recovering from the pandemic.

As lawmakers work to advance the reform legislation, there’s been a more lighthearted push to focus attention on the issue by certain members and activists. That push has mostly involved planting and gifting marijuana.

In September, a top administration official was gifted a cannabis plant by senator on the Senate floor, and she said she’d be making it a part of her personal garden.

A different lawmaker gave the same official, Interior Ministry Secretary Olga Sánchez Cordero, a marijuana joint on the floor of the Chamber of Deputies last year.

Cannabis made another appearance in the legislature in August, when Sen. Jesusa Rodríguez of the MORENA party decorated her desk with a marijuana plant.

Drug policy reform advocates have also been cultivating hundreds of marijuana plants in front of the Senate, putting pressure on legislators to make good on their pledge to advance legalization.

The Beginner’s Guide to Cannabis in Alberta

How To Have The Best 4/20 Ever in Toronto