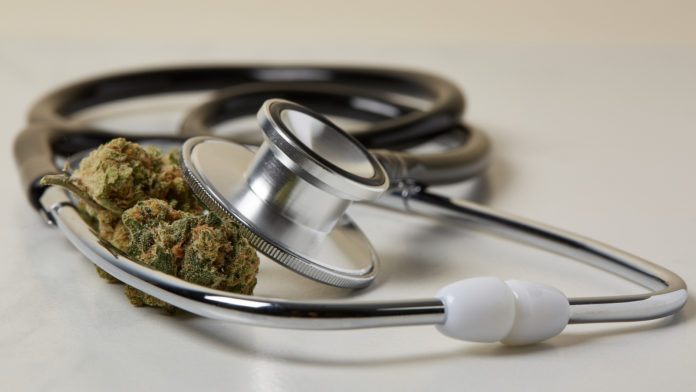 Nebraska activists last Monday announced they are filing a new medical marijuana ballot initiative after an earlier version got shot down by the state Supreme Court this month.

The previous proposal had already collected enough signatures from voters and qualified for this November’s ballot, but a local sheriff filed a challenge, arguing that it violated the state’s single-subject rule that prohibits measures that deal with multiple issues. The secretary of state’s office rejected that claim, but the case went to court and a majority of justices ultimately ruled that the proposal would be removed from the ballot.

While advocates are disappointed that the state won’t have the opportunity to enact the policy change this year, Nebraskans for Medical Marijuana didn’t waste any time putting together a new initiative that they feel will pass the single-subject test and appear on the 2022 ballot.

Language of the new proposal simply states: “Persons in the State of Nebraska shall have the right to cannabis in all its forms for medical purposes.”

Of course, that simplified text might satisfy the ballot policy, but it leaves an open questions about what—if any—regulated market would provide people with access to cannabis. It also doesn’t define eligibility, so that right to marijuana would appear to be unrestricted as long as person purports to use it for therapeutic reasons.

Those questions, if they remain unanswered by the campaign, could prove to be a sticking point for voters who would otherwise support regulated access to medical cannabis but might be uncomfortable with what could be a “free-for-all” situation that opponents have locked activists into with the single-subject challenge.

That said, the advocacy group says it plans to follow up the new simple constitutional amendment with “trailing statutory initiatives to set up a safe and secure medical cannabis system in Nebraska” if lawmakers fail to pass any medical marijuana  legislation over the next year. That’s similar to how casino gaming supporters are pursuing their issue with companion constitutional and statutory ballot measures.

Under this year’s blocked initiative, physicians would have been able to recommend cannabis to patients suffering from debilitating medical conditions, and those patients would then have been allowed to possess, purchase and “discreetly” cultivate marijuana for personal use.

Sens. Anna Wishart (D) and Adam Morfeld (D), cochairs of Nebraskans for Medical Marijuana, have tried for years to pass medical cannabis bills in the legislature only to be blocked by opposition from leadership.

“Families with loved ones suffering from conditions like epilepsy, PTSD, Parkinson’s, and cancer have fought for years to make medical cannabis safely accessible in our state as it is in 33 other states,” Wishart said in a press release. “This year over 190,000 Nebraskans successfully petitioned our government during a pandemic for that right, and despite receiving qualification from the Secretary of State, our initiative was removed from the ballot by a 5-2 vote from Nebraska’s Supreme Court. We will not give up and intend to bring this fight to the legislature in January with a bill that I will introduce and to the ballot in 2022.”

“Then following with several statutory initiatives, we will establish a safe and regulated medical cannabis system,” he said. “Nebraskans have a constitutional right to petition their government, and we will not stop until they can exercise their right and have their voices heard on medical cannabis.”

While the timing isn’t ideal as far as advocates are concerned, given that presidential election years are typically targeted by cannabis reform supporters because of relatively larger turnout by supporters as compared to midterm cycles, 2022 is the next option they’re left with. That said, it’s possible that the continuing momentum for reform via the ballot could spur legislators to take up the issue in the meantime.

For what it’s worth, Nebraska’s attorney general said in an opinion last year that efforts to legalize medical marijuana in the state would be preempted by federal law and “would be, therefore, unconstitutional.”