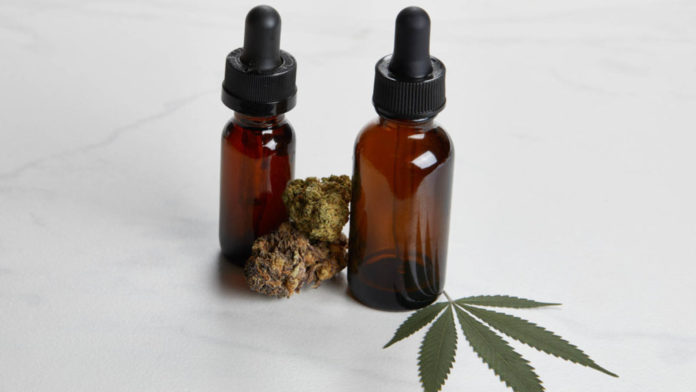 The Food and Drug Administration (FDA) is releasing new draft guidelines that are meant to streamline approvals for generic oral CBD medications.

In a notice published in the Federal Register on Wednesday, the agency said it is soliciting public feedback on its guidance to researchers who are interested in submitting abbreviated new drug applications (ANDAs) for CBD solutions.

To expedite the approval process, FDA said applicants can request a waiver of an in vivo bioequivalence study if they meet certain requirements. This guidance comes two years after the agency approved the brand-name CBD-based epilepsy medication Epidiolex from GW Pharmaceuticals.

Going forward, if a drug company wants to produce generic versions of that 100 mg/mL cannabidiol solution, they could follow specific rules to skip the in vivo bioequivalence study step if the draft guidance is finalized. The drug would have to be derived from Cannabis sativa L, contain no more than 0.1 percent THC and have “no inactive ingredient or other change in formulation from the [reference listed drug] that may significantly affect systemic availability.”

Researchers must use “appropriate analytical methods” such as macroscopic or microscopic analysis or DNA bar-coding methods to determine that the solution is being made from cannabis sativa.

“Due to the many cultivars within this species, identification and authentication of plant species should be conducted at the cultivar(s) level if the potential cultivar(s) will be used as a natural source of the [botanical raw material],” FDA said.

Further, when collecting that raw cannabis, the agency said applicants must follow “established good agricultural and collection practices (GACP) procedures to minimize variations in BRM and eventually ensure the batch-to-batch consistency of the drug substance.”

While this latest document isn’t the separate comprehensive CBD guidance that advocates and industry stakeholders have been waiting for, it’s another example of how the scientific landscape around cannabis is changing, with a federal agency helping to facilitate the production of cannabidiol-based drugs.

Separately, FDA announced on Tuesday that it will be hosting a public meeting in November to discuss gender and sex differences in the effects of CBD and other cannabinoids.

The agency also recently held a meeting to help inform cannabis researchers and cultivators about opportunities to protect their proprietary information and promote studies into the plant.

It also recently submitted draft guidance on CBD enforcement to the White House Office of Management and Budget—a long-anticipated move that comes after hemp legalization.

The agency was mandated under appropriations legislation enacted late last year to provide an update on its regulatory approach to CBD, and it did so in March. The update stated that “FDA is currently evaluating issuance of a risk-based enforcement policy that would provide greater transparency and clarity regarding factors FDA intends to take into account in prioritizing enforcement decisions.”

FDA has been using enforcement discretion for CBD in the years since hemp became legal.

The agency has continued to issue warnings to cannabis businesses in certain cases—such as instances in which companies claimed CBD could treat or cure coronavirus—and provide public notices about recalls.

In July, FDA also submitted a report to Congress on the state of the CBD marketplace, and the document outlines studies the agency has performed on the contents and quality of cannabis-derived products that it has tested over the past six years.

Also that month, a congressional spending bill for FDA was released that includes a provision providing “funding to develop a framework for regulating CBD products.”

The agency is also actively looking to award a contract to help study CBD as the agency develops regulations for products containing the non-intoxicating cannabinoid.

Sanders doubles down on legal weed. Bloomberg worries about the lack of science.

How Has THC Potency Changed?

10 Products Every Fashion-Conscious Cannabis User Will Love For Fall