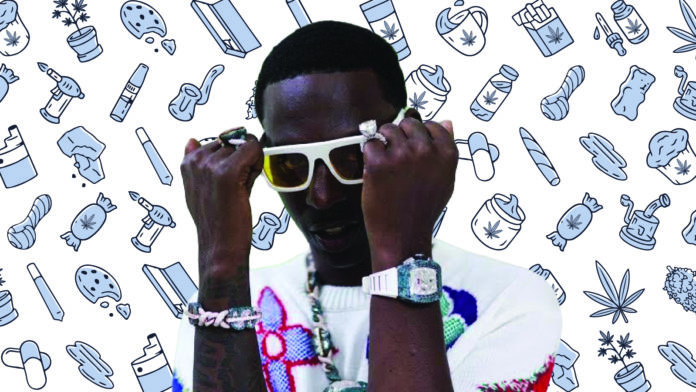 Young Dolph is an independent rap artist from Memphis, Tennessee. He’s well-known for hits like “Get Paid,” “100 Shots,” and “Cut It.” His debut album King of Memphis dropped in 2016, and since then, he’s been consistently putting out mixtape after mixtape, album after album, feeding the streets that audio Campbell’s soup.

Recently, Young Dolph dropped his seventh studio album, Rich Slave. Named after a song he released in 2018, it follows Dolph growing up in Memphis, tales of his father’s reputation, and his overall perspective of a Black man coming from nothing to get everything — just to find it out it still means nothing.

On the meaning of Rich Slave, Dolph said, “There ain’t no difference in no Black person, period. Whether you got a little money or a whole lot of money, in certain people’s eyes, that shit don’t mean nothing. All they see is a certain skin color.”

Though Dolph has been away from music for a minute —his last release was Dum and Dummer with cousin Key Glock in 2018 — with the state of the world, he felt like it was time for some new music. “It was really my kids, and everybody telling me that I need to make some new music. The pandemic hit, everybody sad, everybody going through, I’m like, ‘let me get in here and make these folks some motivation right quick.’”

When asked how the pandemic affects his creative process, Dolph responded, “I’m the type of person to just get shit done. So for sure, it’s been a little bit hectic with me trying to go around certain things to get [Rich Slave] done, but at the end of the day, just get it done. If you doing something you want to do, or something that’s got a lot of benefits for you, or something that you really love and are into, you just gon’ get it done. And it ain’t really work, it’s just something that’s a part of your life.”

In addition to music, Dolph is also well-known for being a cannabis connoisseur. Songs like “Gelato” and “Sunshine” make his weed choices pretty clear. Asked how much weed he smokes daily, the King tells me, “A zip or close to a zip. It might be a 7 (quarter-ounce) left at the end, something nice.”

Here are some of the cannabis products he can’t live without.

When it comes to smoking preferences, Dolph said, “I just be on the flower, really. It helps my appetite. Bruh, I got to smoke to eat, period. And it’s just been like that.”

It’s probably worth mentioning that he was making waffles the entire time we spoke. Legend.

When it comes to his favorite strains, Dolph isn’t chasing sativas or indicas — he’s chasing whatever tastes the best. “I used to smoke nothing but indica. But now, it’s some sativas that I like. I like the taste, I like good tasting weed.”

In cannabis, the smells and tastes of flower and concentrates come from terpenes. Terps are aromatic oils in cannabis that produce the flower’s aroma and flavor. If you grab a cannabis nug, and squeeze it as hard as you can, the smells left behind are terpenes.

Backwoods is a popular tobacco wrap that many use for blunts. Though flavorful, the constant tobacco smoke raises health concerns.

Read our guide to the best blunt wraps

I’m a cannabis media expert specializing in writing engaging articles and creating entertaining video content around strains, products, and information. Basically, if you want to teach people about cannabis: what to buy, what/how to consume, why, and general FAQs on any level, I’m your guy.

5 edibles for consumers on the go