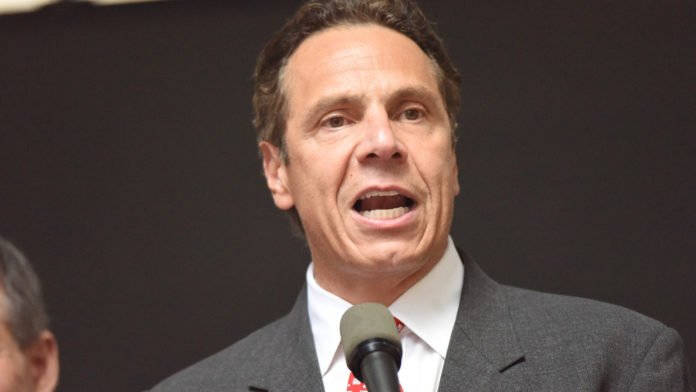 Marijuana legalization is “not likely” to be included in the final budget in New York, Gov. Andrew Cuomo (D) said on Tuesday, explaining that the issue proved too complicated as the state grapples with the coronavirus.

Another sign that the policy change isn’t happening as Cuomo and advocates had planned comes from a pair of newly revised budget bills that exclude the proposal, making it all but certain that legalization won’t make the final cut.

“Too much, too little time,” the governor said of the proposal during a press conference.

Wednesday is the deadline to deliver a budget, and so the identical Senate and Assembly spending bills that were freshly amended on Tuesday are unlikely to substantially change before they get a vote and sent to the governor’s desk. A provision in Cuomo’s original proposal that would implement an adult-use cannabis market was “intentionally omitted,” text of the legislation states. That phrase is used repeatedly throughout the legislation for policies that missed the cut.

That’s not to say that there’s no appetite for the reform move within the legislature. It was expected to make it into the budget, but the coronavirus outbreak shifted legislative priorities and legalization evidently proved too complicated an issue to work out ahead of the deadline. Top lawmakers have said there’s no reason that they can’t develop a comprehensive reform plan outside of the budget.

However, Cuomo said earlier this month that his preference would be to address legalization through the budget because, outside of that process, “the easiest thing for a legislative body to do is to do nothing.”

The release of the budget bills seems to confirm details included on a draft budget report that was shared with Marijuana Moment on Monday. It similarly said that the “Adopted Budget omits the Executive proposal to legalize adult use cannabis.”

A revised standalone legalization bill was recently introduced in the Senate, and advocates hoped the language would be inserted into the budget, but that didn’t pan out. However, it’s possible that legislators could still take it up separately after the budget is handled. That said, it remains to be seen when the legislature, which has scaled down other activity amidst the COVID-19 pandemic, will be able to tackle the issue.

A spokesperson for the bill’s sponsor, Sen. Liz Krueger (D), told Marijuana Moment on Monday that “nothing is done until it is done, but the Senator has said previously that the Governor’s staff essentially took marijuana off the table weeks ago” in budget talks.

Assembly Majority Leader Crystal Peoples-Stokes (D), who has also sponsored a legalization bill, told Politico that “I wish that it was [included in the budget], but I don’t believe that it is.”

Marijuana Moment reached out to Senate and Assembly leadership for comment about the budget bills, but representatives were not immediately available.

Cuomo also originally planned to tour legal cannabis states to learn from their experiences and take lessons back home, but that plan was also derailed due to the coronavirus.

The governor pitched legalization in his budget proposal last year as well. But following months of negotiation, the legislature failed to produce a passable bill—with disagreements centering on issues such as how tax revenue would be allocated—and so the effort carried over to this year.

Cuomo seemed optimistic that 2020 would be the year for legal cannabis in New York, and he touted the proposal in his State of the State address in January. Just last week, he indicated the effort was still alive, though he also recognized that it may prove too complicated an issue to ultimately deliver through the budget this round.

Meanwhile, drug policy reform efforts across the country are struggling amid the pandemic.

Activists in California recently released a video asking California officials to allow digital signatures for a petition to revise the state’s adult-use marijuana program. In Washington, D.C., advocates for a measure to decriminalize psychedelics similarly wrote to the mayor and local lawmakers, imploring them to accept online signatures for their ballot petition.

In Oregon, advocates for a measure to decriminalize drug possession and a separate initiative to legalize psilocybin for therapeutic purposes have suspended in-person campaign events amid the pandemic.

Arizona activists shared some more positive news last week, however, announcing that they have collected more than enough signatures to qualify for the state’s November ballot—though they have not yet been submitted to or verified by the state.