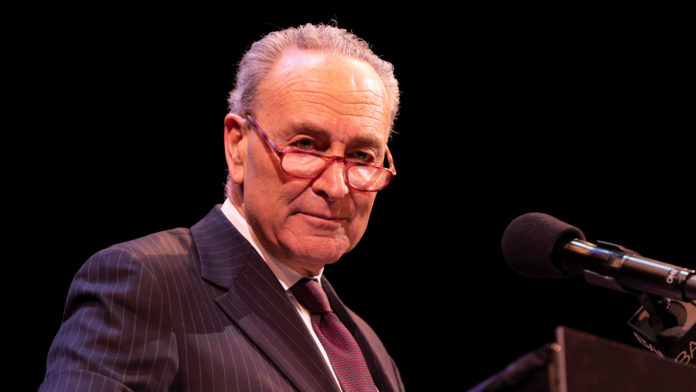 In a press call on Oct. 23, 2019, the senator said that the lack of regulatory clarity is inhibiting the growth of a burgeoning market, noting that while hemp and its derivatives were federally legalized through the 2018 Farm Bill, FDA has yet to release rules allowing CBD products to be sold. Most hemp farmers in upstate New York are producing cannabidiol, he said.

He referenced a letter that he and several other senators sent to FDA Acting Commissioner Ned Sharpless earlier in October, which asked the official to provide “an outline of your agency’s current plans for a specific regulatory framework related to CBD along with a timeline for when comprehensive enforcement policies for CBD products will be finalized and implemented” within 90 days.

“CBD is brimming with potential to be a billion dollar industry across New York State, bringing along countless jobs and truly meaningful economic development with it,” Schumer said in a press release. “But before that can happen, farmers, growers, producers, consumers and vendors need to know exactly what the rules of the road are and right now they’ve got no idea.”

“That’s why I’m calling on the FDA to do its job in a timely manner and issue guidance related to CBD classification, labeling, quality, marketing, and sales. And once the feds spell out these ABC’s of CBD, the industry will seed and grow from one corner of the state to the other, many jobs will be created in the industrial hemp space, and farmers will be able to safely cash in on this cash crop.”

Schumer said that FDA rules for cannabidiol are necessary not only to unleash the full potential of the hemp industry but also to ensure that CBD products are subject to rigorous quality control standards to protect consumers.

FDA, in turn, has said that it recognizes that Congress intended for hemp legalization to include the lawful marketing of CBD products but stressed that there are regulatory challenges that it’s working to address. Because the compound exists as an FDA-approved drug in the form of the prescription medication Epidiolex and hasn’t been introduced into the food supply before, the agency is exploring alternative regulatory pathways.

Former FDA Commissioner Scott Gottlieb, who recently suggested that the federal government should get involved in regulating state marijuana programs, suggested while he was still leading the agency that congressional action may be necessary to allow CBD sales, or else it may take years to develop rules.

Schumer is far from alone in his interest in speeding up the rulemaking process. Senate Majority Leader Mitch McConnell (R-KY), who spearheaded the hemp legalization provision of the agriculture legislation, also contacted FDA and asked that the agency release enforcement discretion guidelines so that CBD businesses can proceed with some level of assurance that they won’t be penalized.

FDA said it is only targeting companies that make claims about the therapeutic benefits of CBD that it considers especially inappropriate. On Oct. 22, 2019, FDA and the Federal Trade Commission sent a warning letter to a CBD business that they said met that standard.