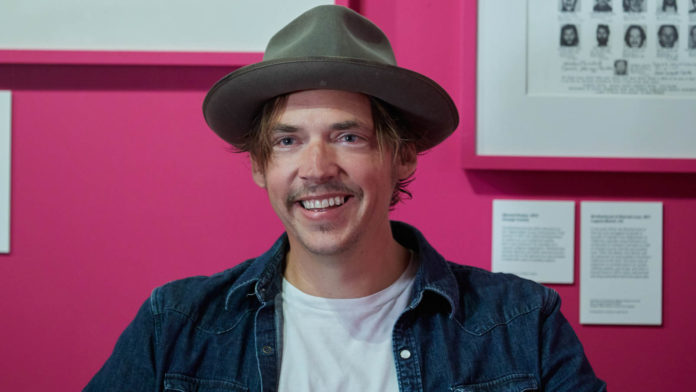 The story of the Brotherhood of Eternal Love begins with an armed robbery in 1966. John Griggs and some friends had heard about a Hollywood movie producer with a stash of LSD, so they went to his house in Los Angeles and held him up at gunpoint. Falling back to the desert outside Orange County, California, Griggs and his friends took the stolen LSD, a lot of it, and it gave them deep spiritual revelations.

A few years later, at its height, the Brotherhood had become the largest manufacturer and distributor of LSD in the world, an operation they funded by smuggling massive amounts of hash into the United States. But the Brotherhood didn’t become an international drug-running organization for money or fame. They did it to turn on the world. They did it to produce hundreds of millions of tabs of acid, which they gave away anywhere and everywhere for cheap, if not for free. They did it to change society.

“If you knew us, we were holy men, spiritual warriors,” said core Brotherhood member Travis Ashbrook. “If you didn’t know us, we were a bunch of drug dealers. You know, we were both!”

Those lines open the saga of the Brotherhood as told by filmmaker William A. Kirkley’s 2016 documentary, “Orange Sunshine.” And it’s that dichotomy — spiritual warriors/drug dealers — that structures the film’s narrative. “Orange Sunshine,” named after the group’s signature brand of acid, follows the transformation of the Brotherhood of Eternal Love from its humble beginnings as an experiment in communal living and psychedelic experience into the hub of a countercultural movement that swept up an entire generation.

If you were alive in the late ’60s and early ’70s and smoked hash or took LSD, chances are it came from the Brotherhood. The group is responsible for manufacturing hundreds of millions of tabs of acid and importing immeasurable quantities of hash. But in Kirkley’s documentary, the group’s drug business takes a back seat to the human relationships at the center of the Brotherhood and the spiritual beliefs and commitments that drove them to want to change the world, one trip at a time.

Weedmaps News sat down with Kirkley to talk about his experience creating “Orange Sunshine” and what he thinks the legacy of the Brotherhood is today.

Q: What drove you to tell the story of the Brotherhood of Eternal Love?

A: Growing up in in Newport Beach, [California,] you heard this local urban legend about these guys living in Laguna Canyon who were moving massive amounts of LSD. In junior high and high school, hanging out in the canyon there were still tree houses up there where the Brotherhood had lived a couple decades before. It sounded like such a crazy story, and I couldn’t believe something like that happened in conservative Orange County. You would never guess it, and I found the idea of moving hundreds of millions of tabs of LSD very intriguing.

Later I moved to New York to work on another documentary project and someone I was kind of close with went to prison. He’d been peripherally involved with the Brotherhood in the ’60s and ’70s, and he’d write me letters telling me stories about them. I thought, “This is incredible, this has to be my next documentary.” So when I finished the New York project I moved back to California to pursue the doc, but when I started asking around, nobody wanted to talk about it.

It was almost like a bogeyman thing, people still whispered about it. And when I started to talk to Michael and Carol Randall, who were the head of the Brotherhood, they were very private. They’d never told the story before. They were very protective and worried anybody coming in would want to tell the Hollywood version and not talk about the true motivations for why they were doing what they were doing. So I spent four years courting them, trying to get them to say yes.

A: They said no constantly. But I had moved back out from New York and wasn’t going to take no for an answer. For four years I interviewed some 20 people about the Brotherhood, working my way up to Mike and Carol. I’d also built up a relationship with them, and after four years I showed them a rough cut of a film from the 20 people I had interviewed — and it was a totally different film.

I told them, “Look this is the story. It’s a shame you aren’t telling it, because this is your story. And if you’d be willing to say yes, I’d be willing to take everything I’ve done, put it on a shelf and start over with you.” They said yes. Then it took another three years.

Q: On both a local and an international level, how do you think the Brotherhood’s smuggling of LSD and hash impacted the prohibition era and hippie culture?

A: LSD was already big before the Brotherhood came onto the scene. John Griggs and some friends that formed the Brotherhood and Carol took LSD and it changed their [lives].

Griggs was a violent person and LSD gave him this spiritual awakening that psychedelic experience had the power to change the world. This was a time when the Vietnam War was in full effect, there was tons of corruption in politics. His view was if we could share this with the world, maybe that’s our peaceful protest, maybe that’s our way of changing things.

Q: What’s the mark you feel that the Brotherhood left behind?

A: Their goal was to make LSD free. At the time, it was really expensive. Their idea was let’s make it very cheap, try to make it free, to allow more people to turn on. That’s what motivated them to manufacture and distribute LSD. And within a few years, they became one of the major players in the U.S. and in the world.

Q: Through the lens of activism and reshaping social norms, how should cannabis and psychedelics users today look at and celebrate the Brotherhood?

A: It’s hard to say definitively, but I think bringing marijuana out into the mainstream they’ve helped that national conversation that it’s not right to be in prison over something that has medicinal value.

Q: You focused on them for seven years. How did that change the way you look at things and the way you make art?

A: The coolest thing I loved and that motivated me about this story is that I’ve never heard of a group of drug smugglers who didn’t care about money. They were just purely interested in turning on the world.

And that’s how they lived. They hitchhiked down to the beach to go surf. And all the money went back into manufacturing LSD and the goal of giving it away for free. I’d never heard anything like that and found that fascinating. They stuck to their guns and lived that way and still live that way today and still believe the same things and I think that’s pretty incredible.

Q: Not to make you speak for them, but how do you think the Brotherhood looks back on their legacy and what they’ve done?

A: They’re really proud of what the’ve done, wouldn’t change a thing and are still on that same path, out there spreading the word. They feel like they made a very positive impact on the world and in most aspects, I agree.

Q: One part of that legacy is the intersection of surf culture and cannabis and psychedelic culture. It’s an intersection that’s still prevalent today.

A: I’m not a surfer but I grew up around it and I know there’s a spirituality associated with the ocean. Travis Ashbrook, a member of the Brotherhood and one of their top smugglers, had the first surf shop in Laguna Beach. Being turned onto LSD and smoking marijuana opened them up even more spiritually, and it had an impact on how they shaped their boards. Going out and feeling the water, feeling the movement. Mike Hynson talked about how taking acid and going surfing impacted him to design his surfboards differently.

Q: You’re sitting next to a replica of Mike Hynson’s rainbow surfboard.

A: In “Rainbow Bridge,” there’s a scene where they cut open a surfboard and there’s a bunch of hash packed inside. I always loved that scene and wanted to re-create that with “Orange Sunshine.” The rainbow surfboard is shaped by Mike Hynson and the design was done by Star Shields, who did all the boards in the ’60s and ’70s. A very cool relic from the past. I had this at the premiere of the documentary and all the Brotherhood members there signed it.

Q: What were some of the craziest things you unearthed digging up the Brotherhood’s story?

A: One of the mythic stories I heard early on was that when the Brotherhood started making some money and expanding their travels they took a surfing trip to Sri Lanka. A small group of Brotherhood surfers went because they’d heard about the great waves, but they also discovered this great pot being grown there. They called it Mars because it was out of this world, and they wanted to buy a bunch of it and bring it back. But the local Sri Lankans said U.S. money wouldn’t do them any good, so the Brotherhood is like, what do you want? They said Levi’s jeans.

So the brotherhood called up HQ in Laguna Beach and told the guys, get as many jeans as you can. A dozen people go out to every Sears and department store that sold Levi’s, right before summer, and bought up all the jeans to ship to Sri Lanka. So I guess there was one summer when you couldn’t buy any Levi’s jeans in Orange County.

Q: Why is it important to share this knowledge about prohibition, the Brotherhood, hippie culture, and keep it alive?

A: A prohibition is usually the suppression of conversation and education. What’s important about the brotherhood is it keeps the conversation alive.

Q: So people who take psychedelics know where this all came from.

A: For a better future without the bad bogeymen and false narratives about what marijuana can do to you, what acid can do to you. They put a lot of propaganda out there, it was a scare machine, a scare tactic. A documentary like this keeps the conversation alive so we can learn from our past and grow and have a better future.

To learn more about how the rebel spirit of the ’60s and ’70s influenced cannabis culture in the U.S., check out the “Counterculture” exhibit at the Weedmaps Museum of Weed. For ticket information, visit themusumeofweed.com.

Feature image: William A. Kirkley grew up in Orange County, California, and heard legends about a band of outlaw surfers who smuggled hashish and produced LSD. He set out to discover the men and their exploits, which were chronicled in his 2016 documentary, “Orange Sunshine.” Gina Coleman/Weedmaps

Rapper Chief Keef Won’t Be Jailed For Having Marijuana Edibles, For Now

If You Want to Soak in Weed, Try These CBD, THC, and Hemp Bath...