Do you like to smoke weed and watch horror movies? You’re not alone. As it turns out, there are plenty of stoners out there who have a love for the art of fear and all things spooky.

At least, this is the impression you’ll get around the Weedmaps offices. When the subject of horror movies comes up, there’s always someone around to perk up and join the conversation, and the Weedmaps staff gets real amped once spooky season kicks into high gear.

Of course, not every stoner is a horror fan, and not every horror fan is a stoner. Search through a weed forum or two and you’ll find multiple heated discussions about why anyone would be crazy enough to get high and watch something scary. But there’s always a strong coalition of regular tokers out there who share a love for horror and a prescription for how best to experience the genre … with weed.

So what’s the connection? What is it about a good horror movie that captures the imaginations and melts the minds of so many eager tokers?

For me, a lifelong lover of all kinds of genre films and a firm believer that the cannabis high and was made for watching movies, few things in this world are better than taking an edible, doing a dab, or ripping a bong and submitting to the all-consuming hyper-sensory impact of a horror film.

Now, some of you non-horror stoners out there who may be asking, “Why would I want to be high while I’m watching something that could scare the shit out of me?”

But listen, don’t knock it ’till you try it, ’cause horror movies are simply a joy to watch while you’re stoned, if you give them the right kind of attention (and pair them with the right product).

Among the coalition of horror aficionados at Weedmaps, tastes in horror series and subgenres vary, but most of us prefer our horror movies taken with some combination or another of edibles and concentrates. Account manager Daniel said he likes to get stoned in every way possible before starting a horror movie, but edibles tend to be his go to “because it lasts longer and has a much stronger effect. I usually pop an edible about 30 minutes before watching and will go take a dab to hold me over.”

Product designer Billy is a dabber, but said he’s also down for a good edible or weedy beverage for a horror flick.

“My wife and I have a standing scary movie date night on Sundays, so I’ll usually have a couple gummies or other edible before that,” said Calvin, a senior software engineer. “Otherwise, I’ll bring my Pax to the movies and smoke in my car before the show.”

I’m also a big proponent of dabbing and watching horror movies, and I’ve had some of the best cinematic experiences of my life deep into an edible high, sinking into my seat at a dark movie theater totally awash in some diabolical, beautiful big-screen terror. I guess there’s just something about the slow, intense burn of an edible high or the powerful, immediate head high of a dab that increases the heightened sensory impact of horror, suspends disbelief, adjusts focus, and funnels paranoia through an exhilarating lense.

Horror Movies are Stimulating the Way Weed Is

Any true-blue horror fan will tell you that simple “scares” aren’t really the first goal of a good horror movie, just as any stoner will tell you that the cannabis high isn’t just about “feeling good” in the broadest sense (though it can be).

Similar to weed, horror is more about catharsis — a safe and thrilling way to process emotions, ideas, and even trauma through stories and images that make up an endlessly riveting communal dreamscape. Horror movies are primal in their visual language. They tap into our fears by presenting us with images that both terrify and excite us. And they can be psychedelic as hell.

In many ways, horror is an escape from the formality of other genres. Horror movies are often a strange mix of camp, comedy, tragedy, and the grotesque. They offer an incredibly wide range of tones, techniques, and subgenres — sometimes all in the same film.

“I personally enjoy watching all kinds of movies high,” commented a user and high-horror fan on Grasscity Forums. “I have a deeper view of what I’m watching. Sometimes in a humorous way, sometimes in insightful ways.”

Horror movies, if we let them, can break down our most strident defenses and preconceived notions, allowing us to process what we’re seeing in new, insightful, and liberating ways. And if we let it, so can weed. Casie-Mae, a Weedmaps account manager, said “when I smoke weed and watch a horror movie, my senses are heightened. The smallest things on the screen seem to stand out and I feel as if I’m in the film.”

“You are fully immersed into the movie and hyper-focused,” said Roland, another Weedmaps account manager, of consuming cannabis and watching scary movies. “My attention to detail is at an all time high.

Weed and the movies were made for each other, and horror is a tailor-made genre for weed’s particular brand of thought and sensory enhancement.

A Countercultural Legacy and a Community

Both weed and horror come from a rich countercultural tradition — they’re both historically forbidden fruits that have attracted misfits, outcasts, and all-around interesting people looking for an alternative headspace.

“In the broadest sense, both horror and weed are countercultural,” said Chloe Harper Gold, a Digital Editor at High Times and an active devotee of the horror community (She writes horror reviews for Nightmarish Conjurings and Horror Film Central, attends events, volunteers at Screamfest, and also writes horror).

“Traditionally, weed is countercultural,” Gold explained. “Horror sort of remains countercultural, which is crazy because it’s legal, it’s always been legal, and yet there’s still this stigma against people who enjoy it, which kind of forces us, very fittingly, into the shadows.”

And though Gold has seen horror slowly make bigger waves in the broader culture, she still feels an ever-present stigma around horror fandom, just as many of us still feel the stigma surrounding cannabis, even as its power wanes.

“To be honest, I’m not sure [the stigma around horror] is ever going to go away, and I’m not sure it should, because it brings the community closer together.  We’re all a bunch of weirdos finding each other and creating together.”

“There are hardcore horror fans and we all know the hardcore stoners,” observed Alan, a lead engineer at Weedmaps. “I think it is because both are ‘outcasts’ in a way, but outcasts find other outcasts and form really dedicated groups. I see that in both those cultures, dedicated outcasts.”

So whether you’re a seasoned stoned watcher of horror movies, or a newly horror-curious cannabis die-hard, keep your eyes open and ears wide at your next sesh, and you may just find a fellow outcast who’s happy to give you some horror movie recs and welcome you into the high-horror fold.

Something Spooky to Watch “… on Weeeeeed”

Now that you’ve got the lowdown on why stoners love horror; stock up on some edibles, concentrates, and maybe roll a few joints, and consider adding these horror gems to your stoney, spooky season streaming queue:

Now that you know that weed and horror are the perfect mix, use Weedmaps to make the spookiest smoke sesh of the year. Use Orders to get weed delivered directly to you, and use Deals to stay within your budget. 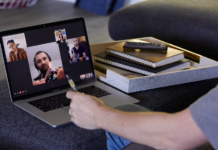 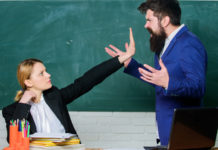 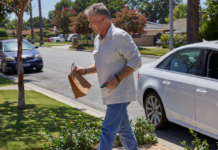 How Do Hemp Supplements Help with Brain Trauma? Researchers Want to Know