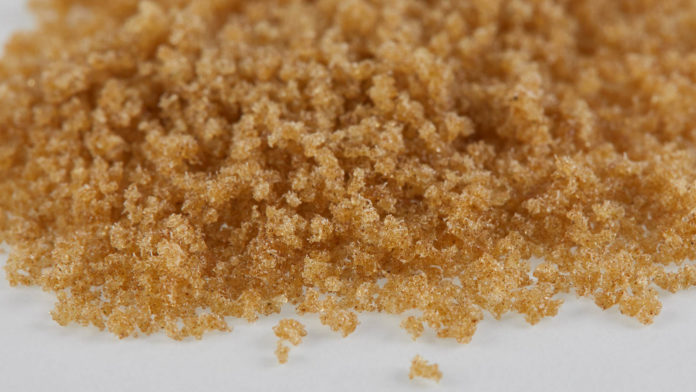 As more people learn about weed, some gravitate towards what is considered “craft concentrates,” a variety of concentrate types that are often made in small batches through small-scale techniques such as rosin, hash, and live resin. Rosin, which is created when heat and pressure are applied to marijuana flower, is becoming increasingly popular with cannabis consumers. And ice-water hash, or bubble hash, is also popping up on more dispensary menus.

This is largely driven by the increased interest in concentrates. Over the past several years, cannabis concentrates have grown in popularity as their high potency and pronounced terpene profiles attract more people. Sales of cannabis concentrates in the United States already account for 27% of the regulated market and are expected to top $8.5 billion by 2022, according to data from BDS Analytics.

One of the craft concentrates increasing in popularity is bubble hash. Weedmaps News spoke with one of the cannabis industry’s most influential makers of bubble hash to help understand what it is and how to make it.

What is Bubble Hash?

Bubble hash, like all forms of hashish, is the glandular trichomes from the cannabis plant that have been collected through a process using ice and water. These tiny, mushroom-shaped projections found on cannabis leaves and flowers produce cannabinoids and terpenes in a sticky resin. When plant material is mixed with water and ice, they become brittle and break off when the mixture is agitated. The trichomes then sink and collected with specially designed filters. High-quality icewater hash will melt and bubble with the application of heat, hence its common sobriquet. When well-made from high-quality cannabis, bubble hash delivers a flavorful and potent cannabis experience.

Using water and ice is the preferred technique for Frenchy Cannoli, a master hashish maker who spent much of his adult life traveling the world studying regional production methods. Even though he’s now producing hash commercially for California’s adult-use cannabis market, he still generously shares his knowledge and passion via his YouTube channel and a series of workshops with live demonstrations held around the world. Making your own bubble hash at home isn’t difficult and can be accomplished with an investment of less than $100, not including the cannabis you’ll use.

Bubble hash can be made with cannabis trim, leaf, shake, or bud. While dried and cured cannabis is used most frequently, fresh-frozen material may also be used. As can be expected, the best-quality hash is made from equivalent-quality weed. Plant material without trichomes visible to the naked eye may not be worth the time and effort necessary to process hash. If possible, pre-chill the cannabis in the freezer overnight.

You’ll also need plenty of cold water and several bags of ice, and materials including:

Collecting and handling hash will be more difficult in a warm environment because it gets sticky. If possible, working in an air-conditioned space or outdoors in cool weather will make the process easier.

To prevent the growth of mold, the bubble hash must be thoroughly dried before storage. Line a tray or wire rack with a towel topped with parchment paper. Spread the hash on parchment paper in a single layer of thin hash patties. Place in a cool, dry, dark place with plenty of air circulation for several days until the bubble hash is completely dry. Make sure the environment is dust-free to avoid contamination.

Once dry, Frenchy Cannoli likes to take the extra step of pressing the hash with heat. This approximates the technique of pressing hash by hand that is practiced in many traditional processes. By adding gentle heat and pressure, the trichomes release their resin into the mass of hash, homogenizing it and beginning the process of decarboxylation, or transforming tetrahydrocannabinolic acid (THCA) into intoxicating tetrahydrocannabinol (THC).

To press, place small patties of hash between two layers of plastic from a turkey roasting bag. Fill a large, round glass bottle with hot water and seal tightly. Using heat-resistant gloves, press the hash with the bottle, using it as a rolling pin to flatten and spread the hash as it is heated. For maximum decarbing, press for about 20 minutes. The water in the bottle should stay hot enough to complete the process.

Once the hash has been dried completely and pressed, it can be formed into a ball and wrapped. Frenchy Cannoli eschews petroleum-derived plastics and prefers organic cellophane, but this material degrades over time, so it should be changed every few months or so if used. Like a fine wine, the hash will improve over time as it ages and matures if properly stored in a cool, dry, dark location.

Make It Your Own

After learning the basics, hash makers will begin to tailor their efforts to their own experiences and working environments. For example, Frenchy Cannoli recommends the use of a small portable washing machine for washing instead of stirring in a bucket to automate the process. Making bubble hash can also easily be scaled up or down by using 20 gallon (75.7 liter) bags if you have a lot of material to wash or 1 gallon (3.8 liter) bags for smaller amounts. Give them a try! Before long, you’ll have the process down and will be smoking hash that rivals the best concentrates at the dispensary.