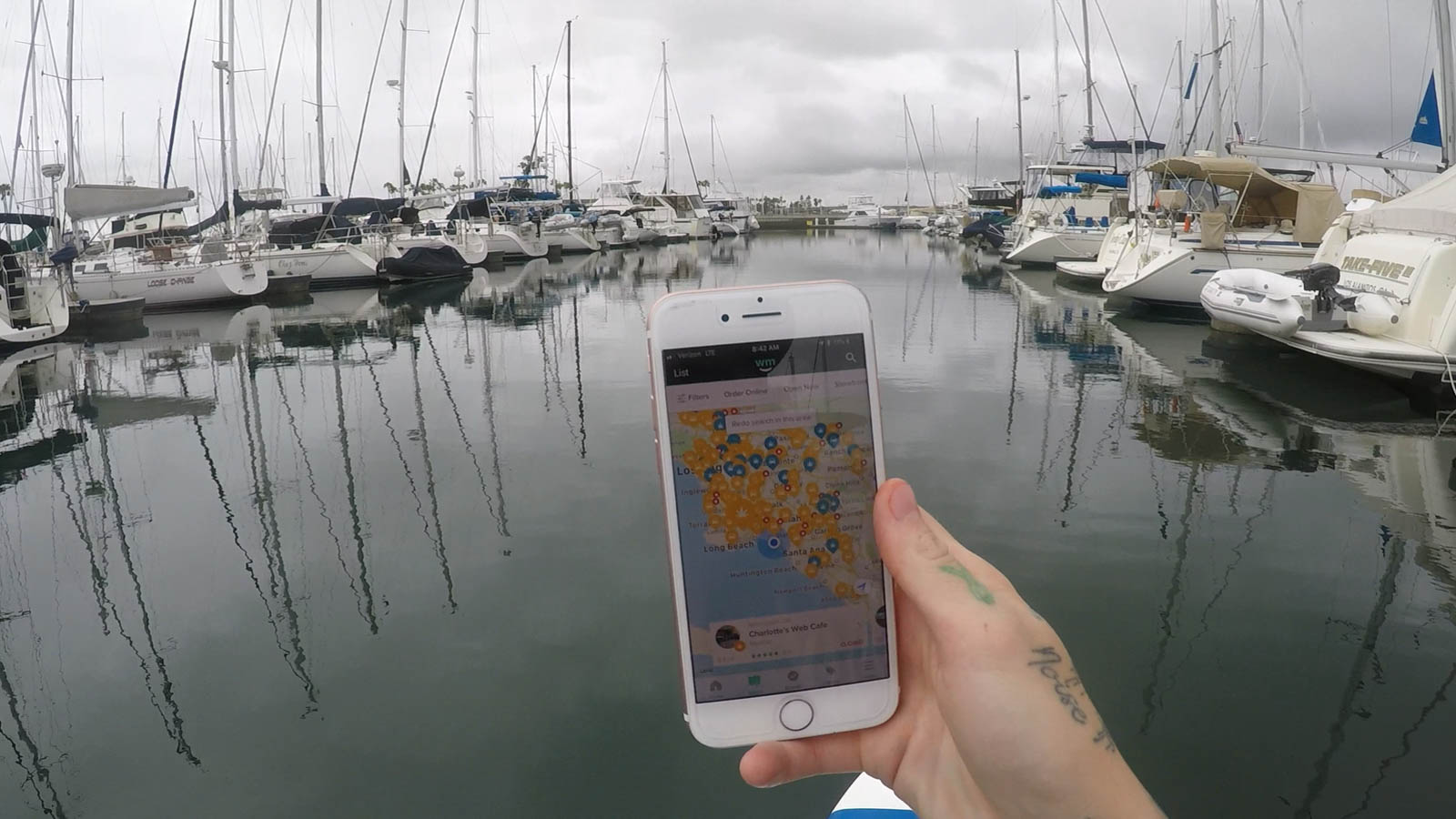 Massachusetts lawmakers recently warned residents that though marijuana is legal in the state, it’s still not legal to smoke weed out on the water.

Indeed, across the United States, if you’re boating on federal waterways off the coast or on a lake, you’re not legally allowed to possess or consume weed. Coastal areas, rivers, and lakes that touch more than one state are overseen by both federal and state governments.

The Massachusetts Cannabis Control Commission embarked on a public awareness campaign this summer to remind boaters and others that cannabis and water don’t mix — for safety and legal reasons.

“The Commission expects adults who choose to consume cannabis in Massachusetts to know the laws, including the federal restrictions that are still in place,” said Cannabis Control  Commissioner Jennifer Flanagan in a statement. “If you are planning to take a boat ride this summer in federal waters, leave your cannabis at home.”

In 2008, the Coast Guard issued warnings about possessing cannabis on Lake Champlain, which borders Vermont and New York. When New Hampshire decriminalized cannabis in 2017, the Coast Guard warned people that laws governing cannabis use and possession aren’t the same on the water as they are on land, information that has escaped some cannabis consumers.

“Though states have some jurisdiction, all coastal waters touching the country are subject to federal laws,” said Matthew Schweich, Deputy Director of the Marijuana Policy Project. “The Coast Guard has stated publicly they will continue to enforce federal marijuana laws, even in states where it has been legalized.”

California, the largest state to legalize cannabis, has many waterways where cannabis possession and consumption are not legal. Furthermore, it’s illegal under California law to smoke publicly in general.

Adeline Yee, Information Officer for California State Parks, told Weedmaps News that marine patrol enforcement has not been increased since the state legalized marijuana, but that law enforcement will prosecute individuals who are violating federal laws. She said there has been only one marijuana-related boating death since legalization.

A representative from the Coast Guard’s office in California said the agency is still actively pursuing cannabis trafficking off the coast, but is not targeting people who are simply bringing small amounts of cannabis on a boat trip. Essentially, they’re a lot more worried about cartels than a guy with a joint, but they will prosecute people caught with small amounts of cannabis, too.

Yee said that educating the public on the law is key, and the state has been working to do just that.

“Marine patrol law enforcement agencies have begun to inform boaters that cannabis-induced impairment is covered under existing Harbors and Navigation Code for reckless, negligent operation of a vessel while under the influence of alcohol or any drug,” Yee said. “Law enforcement have reported boaters have been cited for operating recreational vessels while under the influence of cannabis.”

Schweich said education on this issue is “crucial” and that it’s the “responsibility of lawmakers, advocates, and industry players” to inform the public of risks related to operating a boat while under the influence and the federal laws that prohibit possessing cannabis while one is navigating federal waterways.

If someone is caught with cannabis while boating on federal waterways, they may be fined or even sent to jail. The Coast Guard is allowed to board any boat they suspect may be involved in illegal activities. The law states: “The Coast Guard may make inquiries, examinations, inspections, searches, seizures, and arrests upon the high seas and waters over which the United States has jurisdiction, for the prevention, detection, and suppression of violations of laws of the United States.” The Coast Guard does not need a warrant to board someone’s boat.

If boaters manage to sail to international waters, they will have violated federal laws by possessing cannabis on their way there, but they will no longer be in the Coast Guard’s jurisdiction. That said, it’s technically still against federal laws to have cannabis on your vessel if your boat is kept at a U.S. port, even if you’re no longer in U.S. waters.

Maritime and cannabis laws aren’t well understood and can be confusing, which is why the Coast Guard, state agencies, and cannabis organizations are working to help cannabis users understand the laws so they don’t end up in a conflict with law enforcement. For now, all signs indicate that the best way for recreational sailors to enjoy cannabis is to play it safe and leave it at home.

Featured Image: It may be tempting to smoke on the water, but federal laws supersede state laws that allow medical or recreational marijuana consumption. (Photo by Marissa Langston)