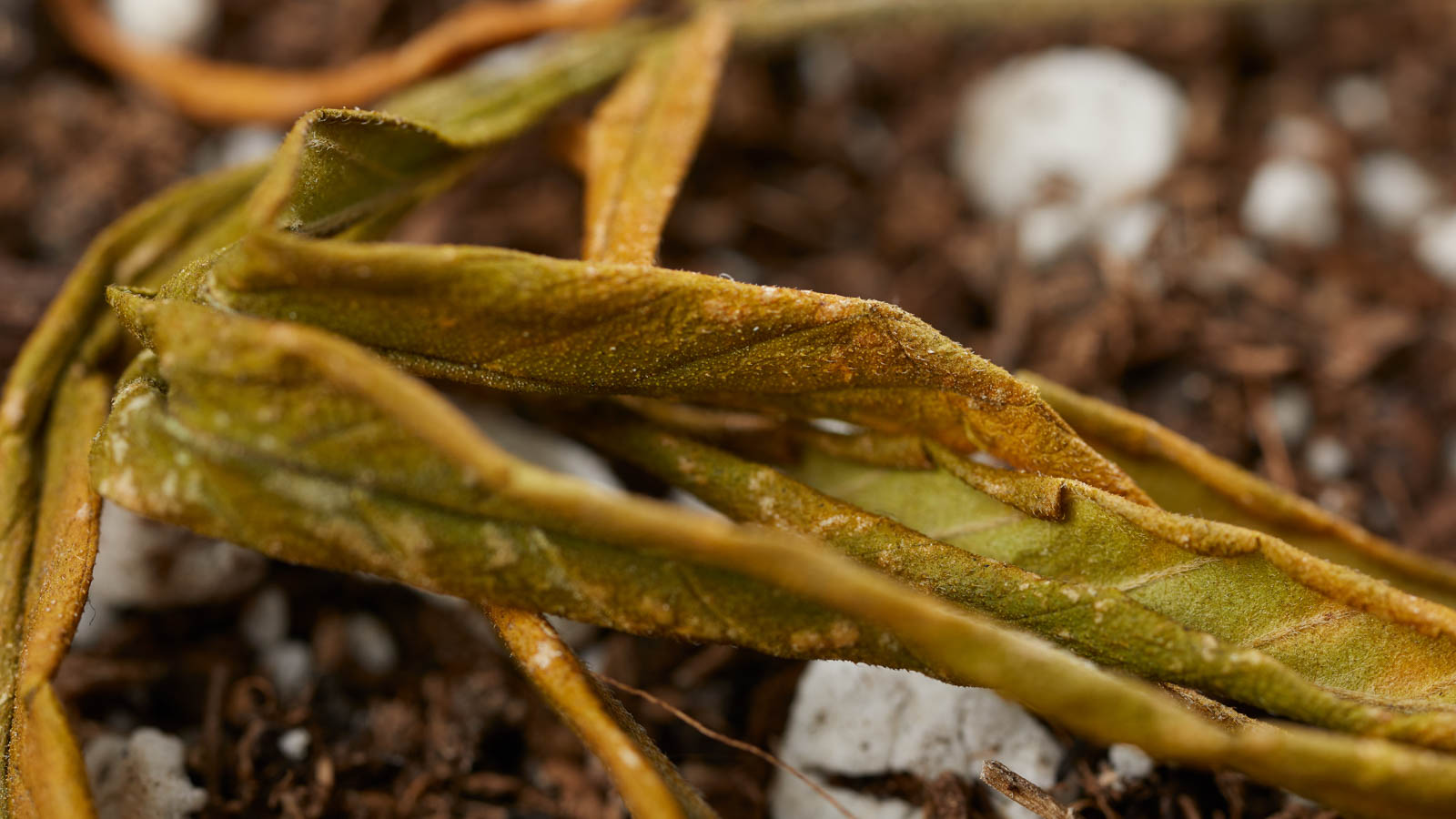 Decades of prohibition have stunted scientific research into cannabis growth and production, but as legalization spreads, horticultural experts are again studying cannabis. Some are exploring how to optimize growing conditions to exploit the medicinal potential of cannabis.

A study published in the May 2019 issue of HortScience, a publication of the American Society for Horticultural Science, investigated the effects of targeted underwatering, or controlled drought stress, on cannabinoid content and dry weight. The researchers hypothesized that controlled drought stress might allow growers to enhance the quality of their cannabis crops.

Cannabinoids are the oils concentrated in the glandular trichomes of female flowers that give cannabis its value as a medicinal and recreational product. Cannabinoids generally accumulate during the flowering stage of growth, but the timing of peak cannabinoid concentration tends to vary by chemotype and cultivar.

Cannabinoid concentration can be genetically influenced through breeding and phenotype selection. However, horticultural management methods such as fertilization, the choice of substrate, air temperature, lighting intensity, lighting quality, and photoperiod also can affect cannabinoid production.

Controlled drought, however, also can stimulate oil production. When exposed to intermittent watering and sunlight, herbs and spices cultivated in semiarid locations tend to be more aromatic and have higher essential oil concentrations. In one study of summer savory, a plant that was drought-stressed during the flowering stage had a 31% higher essential oil concentration than its watered counterpart.

Though drought-stressed plants may have a higher concentration of essential oils, the total yield sometimes is lower because conditions reduce growth and the amount of harvestable plant material. Careful manipulation of the level and the timing of the drought stress can help to minimize the loss of dry weight.

Fourteen-day-old cuttings taken from the same stock plant were transplanted into pots filled with a custom-blended organic growing substrate, watered by hand, and fertilized with a liquid organic fertilizer.

At fifteen days after transplantation, eight plants of similar height and canopy size were transplanted into larger pots and transferred to a walk-in growth chamber for flowering. This was considered the first day of the flowering stage. The plants were hand-fertilized and watered for another 10 days whenever the substrate moisture content reached 20%, and then cared for with various nutrient and element amendments until they were 39 days old.

Throughout the drying period, drought stress indicators such as volumetric water content, the moisture content present in the substrate, and wilting (measured by the angle of leaves) were recorded until the day after the drought group had received water and fertilizer.

The eight cannabis plants were harvested 54 days after flowering and hung to dry at 18 degrees Celsius, or 64 degrees Fahrenheit, for 12 days before being analyzed by an independent laboratory.

The analysis included a calculation of the concentration of THC, cannabidiol (CBD), cannabinol (CBN), cannabichromene (CBC), and cannabigerol (CBG), as well as acidic forms THCA), CBDA, and CBGA.

Drought also significantly affected the yield of certain cannabinoids. Yield was calculated as grams of cannabinoid from flowers per unit of growing area, with the following yield results in drought specimens compared with the control group:

There was no difference between the dry weight of the control plants and the drought plants, which was noteworthy because drought stress often results in reduced growth in other plant species.

The authors of the study also pointed out that there were no signs of nutrient deprivation or differences in plant appearance between the control and drought groups for nine days. From nine days until harvest, the drought plants showed the telltale paleness of veinal chlorosis, which arises from insufficient chlorophyll production in leaves.

Drought Could Be Beneficial

Although the study comprised a small sample size, the findings suggest that controlled drought conditions can be beneficial for cannabis plants, according to Russell Pace III, President of the Cannabis Horticultural Association.

“There is a definitive correlation between drought stress and increased cannabinoid content in cannabis flowers,” Pace said. “The plants, sensing stress, are triggered to produce more of their secondary metabolites, which includes cannabinoids and terpenoids.”

The authors of the study stressed that careful control of the drought conditions was essential to maintaining the dry weight of plants produced. Protective mechanisms help plants to tolerate drought, but once a certain threshold has been exceeded, growth may become impeded. They recommended that the most cost-effective and straightforward method of monitoring the effects of drought conditions was the observation of wilting in cannabis leaves.

Pace noted that some cannabis farms are practicing controlled drought through dry farming. Dry farming is a technique of sustainably cultivating cannabis without irrigation by employing moisture-enhancing and water-conserving practices in arid regions. In Humboldt County, California, Sunboldt Grown dry-farms cannabis and produces terpene and cannabinoid-rich flowers. Nonetheless, Pace warned that the effects of controlled deprivation, such as controlled drought conditions, may not always result in predictable outcomes.

“Another research study into the effects of high and low levels of fertilizer on cannabinoid content provides data that we can draw inferences from,” Pace explained, citing a study by the University of Guelph in Ontario, Canada.

“The conclusion was that while the lower fertilizer levels triggered a stress response that made the plants produce more cannabinoids, the total amount of cannabinoids was greater in the plants that were fed more fertilizer because they weighed more.”

While the Ontario study found no difference between the weight of the drought and control plants, Pace noted that the effect of drought may not be the same across all cannabis chemotypes, an observation also made by the study’s authors.

The authors of the study investigating controlled drought also emphasized that there was more to learn about the way cannabis acclimates to this particular stress. While this study enforced drought stress at a single point during flowering, changing the timing or frequency of drought stress may further stimulate cannabinoid production. More prolonged or more frequent droughts may elicit more of a response in acclimated plants.

How to Become a Medical Marijuana Patient in Pennsylvania

Is My Dispensary Open? Can I Order Weed Delivery?