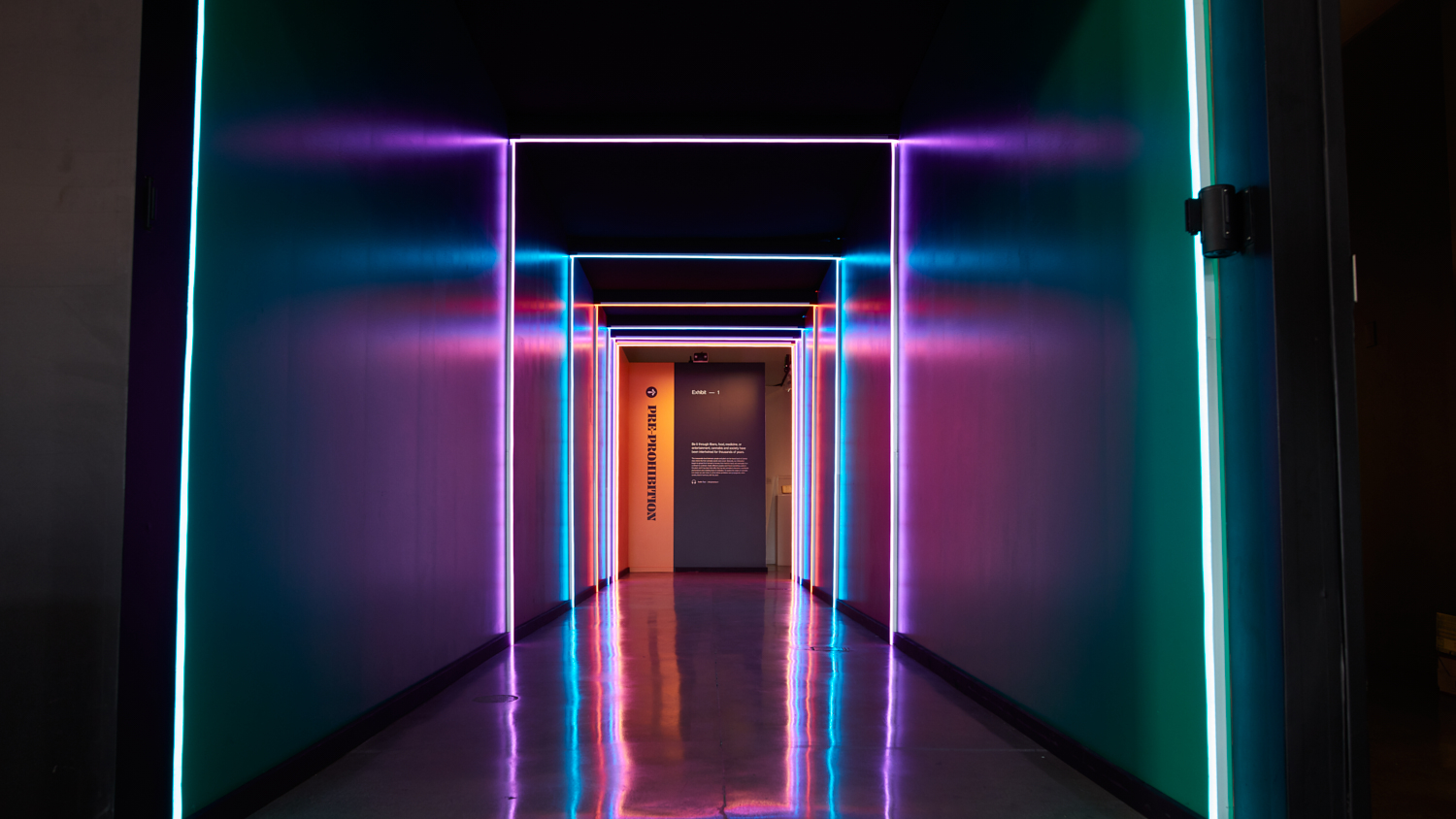 As you make your summer fun plans this year, consider taking a wild ride in Hollywood, California, through the long and endlessly intriguing history of cannabis.

The Weedmaps Museum of Weed, which opened Aug. 3, 2019, is an immersive, interactive, and highly educational experience meant to demystify the oft-maligned and painfully misunderstood cannabis plant. The story of weed is full of interesting people — growers, activists, and stoners who were able to spread the good word of weed despite decades of government prohibition.

And now, for a limited time, you’ll have the opportunity to explore their story, and in turn, the story of cannabis, through a living, breathing collage of history, culture, plant science, and more. Along the way, you may discover just how much culture and cannabis shaped each other.

Just so you have all the deets you need to join us on this ride through the true story of cannabis, here are eight reasons to visit the Weedmaps Museum of Weed.

1. Telling the Entire Story of Cannabis

We know that the world’s most notorious plant has gotten a historically bad rap. That’s largely because nearly 100 years of propaganda and misinformation have twisted our view of cannabis.

The Museum of Weed explains how anti-marijuana propaganda came to be and examines the long-standing cultural wedge between people and the plant. By exploring the history of weed, from the beginnings of prohibition all the way to the progress of weed legalization, industry, and technology, the Weedmaps Museum of Weed tells the whole story of cannabis.

The Weedmaps Museum of Weed won’t be a glorified Instagram trap. Though all the engaging, eye-popping elements you’ve come to expect from a branded museum are in place, the Weedmaps Museum of Weed is also designed with a wealth of in-depth cannabis knowledge to share, providing an educational journey through seven era-specific exhibits and a plant lab section, which will include:

Not only is cannabis history and education core to the Weedmaps Museum of Weed, so is advocacy. Through the museum’s visually stimulating exhibits, you’ll learn about generations of cannabis activists, artists, and political figures who fought to expand cannabis knowledge and access throughout the decades of prohibition and oppression. Names such as Dennis Peron, “Brownie Mary,” and Keith Stroup will become familiar, and you’ll also have the opportunity to write a letter to your elected representatives and advocate for pro-cannabis legislation.

One of the most exciting features of the museum’s “Legalization” exhibit, a legalization map will show visitors where active cannabis users are throughout the U.S., how many votes, state by state, were in favor of cannabis legalization, and other information to give a clearer idea of where the future of cannabis might take us.

The Weedmaps Museum of Weed may be focused on cannabis education and advocacy, but that doesn’t mean there won’t be plenty of incredible photo-ops. One of the museum’s defining characteristics is that it will be Instagrammable as well as educational. Grammable moments abound throughout the museum, but all of them are tethered to the key ideas, historical moments, cultural milestones, and scientific facts that make up the true story of weed.

From the disorienting hall of mirrors and propaganda in the “Age of Madness” to the swirling tunnel of warmth, colors, music and protest imagery of the “Counterculture Revolution” and on into the stark, oppressive contrast of Reagan’s “Entrapment” age (marked by long, narrow hallways covered in uniform, black-and-white messaging from the “Just Say No” campaign), the serious emotional impact of our shared cannabis history is present in every visual flourish.

Bottom line: There’s plenty in the museum that will capture the imagination. Each corner you explore and every picture you take at the Weedmaps Museum of Weed is also an opportunity to change your perspective.

5. The Cafe in the Museum is Not Joking Around

No stoner wants to go to a weed museum only to be met with the same pre-wrapped egg salad sandwich and cheap coffee they’d find at any ordinary museum cafe. In an effort to bring the Los Angeles weed scene a culinary experience that matches the allure of the pop-up museum experience, the Weedmaps Museum of Weed is collaborating with the award-winning Crateful Catering to bring a foodie-worthy menu to the museum cafe.

“Wake & Bake” items including Sweet Blue Dream (blue algae coconut yogurt parfaits with housemade granola, and basil simple syrup), toasted sandwiches such as the Blazed Beef & Cheese (braised beef, horseradish cheese “whiz,” and onion jam) and “Munchies” such as the Jacked Nachos and Korean Kush noodles are just a few food options you can fill up on before or after your ride through the exhibits.

Visitors please note: There won’t be cannabis or CBD products for sale or consumption onsite.

6. Come for the Dope Merch

Leave the Weedmaps Museum of Weed repping the cause in style. Stop by the gift shop for a lit selection of custom apparel and pop-cultural cannabis keepsakes.

The swag section — T-shirts, sweatshirts, hats, and other accessories — will heavily feature a variety of logos and designs that emulate the past, present, and future of cannabis — from the iconography of the “Reefer Madness” era to the psychedelic poster art of the counterculture ’60s and on into the cutting-edge look of 21st century weed activism.

Also available in the gift shop will be the “Weedmaps Book of Weed,” a high-minded hardbound coffee table book with visually stunning photos of the cannabis plant and a one-of-a-kind text that chronicles the intricate story and science of weed.

Here’s the thing about all you stoners out there: You’re smart, you know weed better than anyone, and you’re probably tired of having to defend yourself against the stereotypes associated with your lifestyle.

For all the weed enthusiasts out there who are fed up with trying to defend the many merits of weed, the museum is here to better acquaint your friends and family with the plant and provide the info that may assuage their impression of weed as something seedy that makes people lazy.

TL;DR: Weed is cool and interesting. Now there’s a museum to help you prove it.

Nestled near the heart of Hollywood, the museum fits right in with the types of shops and experiences that Los Angeles does best. Whether you’re dropping in at the Comedy Store to see a lineup of modern standup titans, catching a midnight showing of Quentin Tarantino’s latest movie on 35 millimeter film at the New Beverly Theater, or grabbing a Weedmaps x Afters ice cream cone at Smorgasburg, the open-air Sunday food market in the Arts District, the Weedmaps Museum of Weed will fit seamlessly into your list of go-to L.A. destinations this summer.

General Admission and VIP Tickets for the Weedmaps Museum of Weed are available at themuseumofweed.com.

Weed Apparel and Streetwear Brands for Stoners with Style