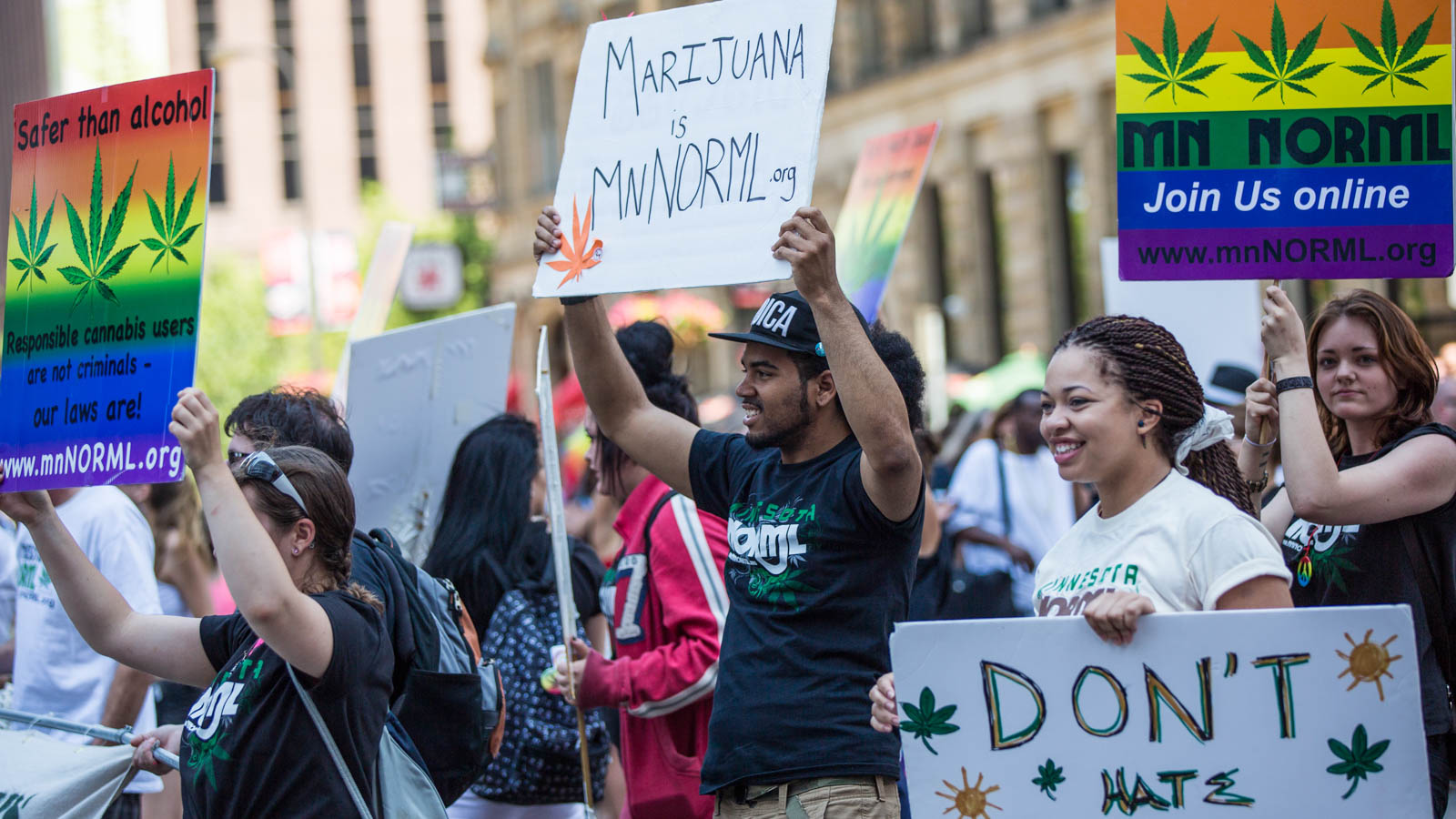 Those who have a heart for cannabis legalization know it’s not at the finish line quite yet. The communities that include patients, cultivators, forward-thinking doctors, stoners, and workers still face legal barriers, social stigma, and are far from the social justice, equity, clemency, and ubiquitous freedom we want for cannabis and its many, many users.

And much like the marijuana legalization movement depended on the power of activism throughout the decades, The Weedmaps Museum of Weed can’t tell the story of weed without speaking truth to power. Weedmaps understands that we benefit from the ground laid by activists who helped legalize adult use marijuana in 11 states come January 2020, and medical use in 33 states and more on the horizon.

The Weedmaps Museum of Weed pays tribute to those influential activists in marijuana history and modern-day activists who continue to fight for cannabis access across the world today.

Here is a brief history of cannabis activism, the organizations that continue to further the conversation, and how the Weedmaps Museum of Weed lets you join the movement.

When it comes to a state’s path to legalization, more often than not the spark began with grass-roots activism. Without activists willing to put in countless hours to organizing, strategizing, and mobilizing their communities and holding governments accountable, cannabis access would be non-existent.

The marijuana legalization movement has a rich history of activism. During the AIDS epidemic in the 1980s and 1990s, activists fought and sacrificed greatly, often dealing with criminal prosecution, facing incarceration, and even risking their lives to advocate for the legalization of medical marijuana in California. That spirit still exists today, where passionate advocates continue to speak out in the face of discrimination, stigma, and legal repercussions in states such as Oklahoma, Utah, and New York.

With the influence they had on marijuana legalization and culture, some of the most celebrated cannabis activists include:

To learn more about the LGBTQ community’s fight for marijuana legalization in the 1980s and 1990s, read “We Wouldn’t Have Legal Weed Without These LGBTQ Activists.”

In the places where weed is legal, it is because people took to the streets to drive this movement forward. Modern activists led State Question 788 that legalized medical marijuana in Oklahoma, work from the Utah Patients Coalition allowed medical access in Utah, and bold activists have fought tirelessly to legalize cannabis in Illinois.

The legalization of marijuana isn’t one gigantic fight, it’s thousands of battles that take place across the United States every day. These battles cannot be fought by one group or generation alone, but must be fought by thousands of activists of all stripes and colors. These highly respected organizations can attest to it.

How the Weedmaps Museum of Weed Helps the Cause

When you enter the Weedmaps Museum of Weed, you will be transported to some of the most crucial moments in the history of cannabis activism in the following exhibits:

And while you will get a full history of cannabis activism, you’ll also be encouraged to be an active part of it, too.

At the end of the 26,000-square-foot museum exhibit spaces, you will find a series of digital kiosks where you can help influence the next generation of cannabis laws by sending an email to your federal and state policymakers.

The cannabis community’s voice will be heard. And now yours can, too.

This content is sponsored by Weedmaps. General Admission and VIP Tickets for the Weedmaps Museum of Weed are available at themuseumofweed.com.

Feature image: The Minnesota chapter of the National Organization for the Reform of Marijuana Laws (NORML) participates in the 2013 Twin Cities Pride parade in downtown Minneapolis. NORML is one of the most-established marijuana reform groups in the U.S. (Photo by Tony Webster/Wikimedia Commons; used with a Creative Commons Attribution-ShareAlike 2.0 Generic license)

How to Microdose Weed at Work Like a Boss