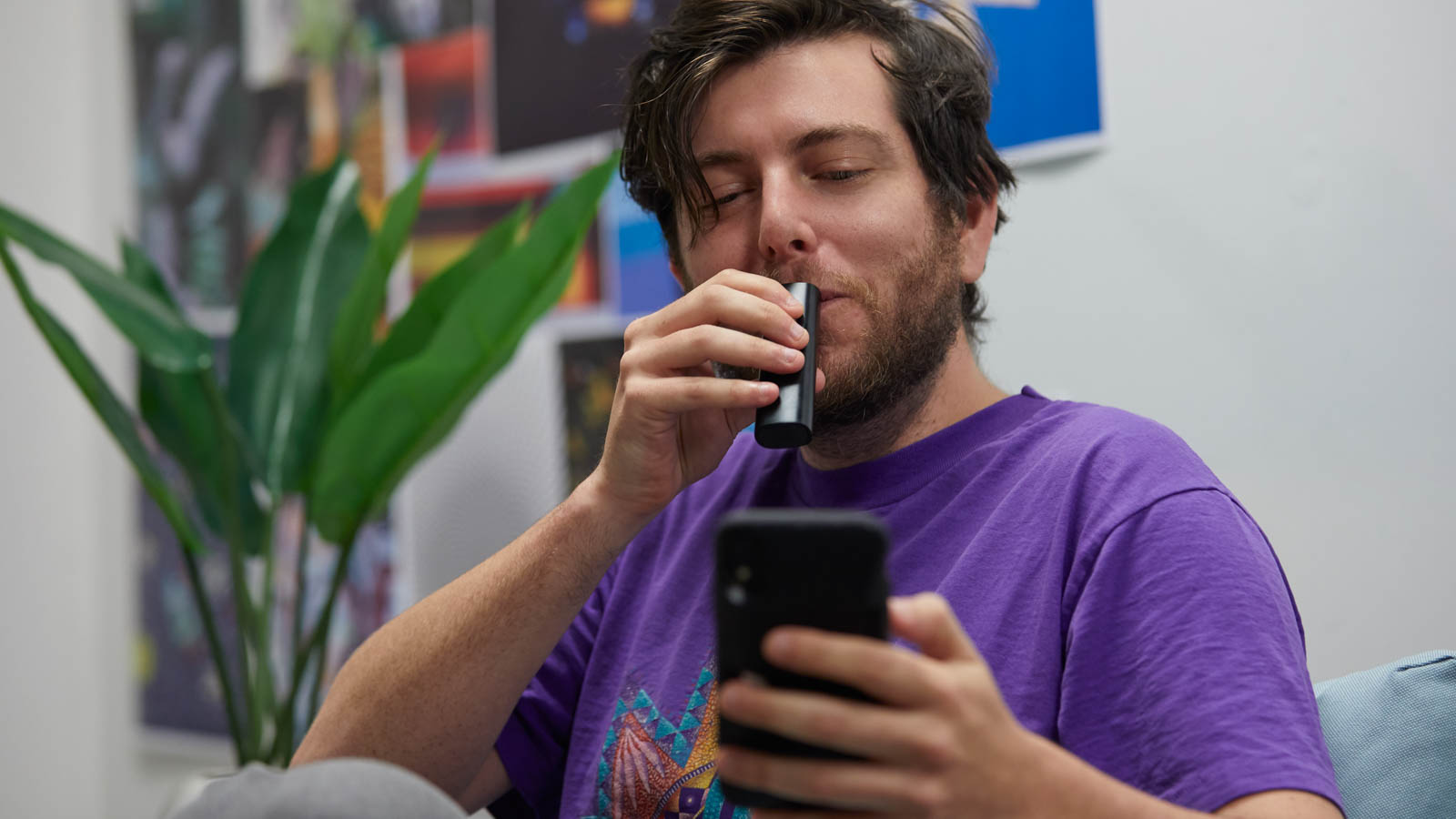 Back in 2012, when the adult-use cannabis market was in its infancy, a San Francisco-based startup called Pax Labs (Actually, Ploom at the time) released a portable loose-leaf vaporizer that would end up shaping the future of weed consumption.

At the time most vaporizers were bulky, stationary devices like the iconic Volcano. PAX 1 was unique in its portability and ability to operate discreetly. JJ O’Brien, PAX’s Vice President of Strategy told Weedmaps News that it was the first vaporizer “that didn’t look like a huge piece of cannabis paraphernalia.”

In 2015, the PAX 2 debuted with a sleek redesign, along with an improved battery lifespan and heating charge. Then, in November 2016, Pax Labs released PAX 3, the most technologically advanced device in the company’s arsenal of loose-leaf vaporizers.

At a glance, the PAX 3 may look similar to its predecessor, but a more in-depth look reveals an advanced vaporizer that provides more user control than ever before. With newly implemented features, knowing the ins and outs about everything the PAX 3 has to offer will help optimize the overall experience.

The PAX 3 is a handheld vaporizer that offers a convenient and tech-savvy way to consume cannabis flower and concentrate.

Equipped with a dual-use chamber that allows for both flower and concentrate vaporization and Bluetooth connectivity to a highly versatile mobile app, the PAX 3 gives users full control over the temperature.

Inside of the box, you’ll find a concentrate adapter that can be inserted into the oven chamber and used to vaporize cannabis extracts. PAX has also included a half-pack oven lid with the device, allowing users to pack smaller bowls for individual use. Compared with the standard oven size, which has the capacity for about 20 hits, this additional oven lid reduces the chamber size by half. According to the manufacturer, a fully charged PAX 3 will last somewhere between eight to ten sessions.

An integral part of the experience is the PAX Mobile App, which connects to the PAX 3 via Bluetooth and provides control over the device temperature, manage vapor and flavor output, lock the device, and also automatically update the firmware. While the previous iteration came with four predetermined temperature settings that could be selected by pressing down on the top of the device, the latest also allows users to fine-tune the temperature to precise levels using the mobile app.

One intriguing feature on the app is called Dynamic Modes, which consists of five heating profiles that can quickly changes the priority of the vape sesh. These heat settings include:

The app also includes a security feature that enables the user to lock the PAX 3, effectively keeping children and other unwanted users from using the device.

As convenient and accessible as the PAX 3 is, O’Brien explained that users may not always get everything correct. This includes finely grinding the flower and packing it tightly into the oven chamber or finding their optimal vaping temperature.

The optimal temperature setting depends on the user. By using the fine-tune temperature control, users can find their desired temperature and save it as a custom preset in the app.

“I always tell people, especially with the PAX 3 and the app, you need to play around with the temperature and find which one you like the best,” O’Brien said. “Depending on what kind of flower you’re smoking, depending on the terpenes, you may want [temperatures] slightly higher or slightly lower.”

Here’s a quick primer on how to setup and use the PAX 3.

After the device is unboxed and fully charged, the following step will depend on whether you plan to vaporize flower or concentrate.

Here’s how to prepare the PAX 3 for bud:

Here’s how to use and remove the concentrate adapter:

Here’s how to control the temperature using the vaporizer and its app:

Here are the different preset temperatures:

PAX recommends giving the PAX 3 device a good wipe down after every few uses. For the concentrate insert, the manufacturer suggests a quick clean after every single use.

How to Clean the PAX 3 Device

How to Clean the Concentrate Attachment

Part of the fun of having a portable vaporizer is personalizing it to fit your style. According to O’Brien, PAX sometimes holds events offering laser engraving for its devices which are shared on PAX’s on social media.

Boulder, Colorado-based visionary artist Phil Lewis also does laser engravings, offering a selection of incredibly heady designs and patterns. Simply send in the PAX 3 along with $40, or purchase a new, custom-engraved device directly from the artist’s website.

You can also purchase “skins” to personalize your PAX 3. Also known as warps, these are sticker decals that are specifically shaped to fit around the exterior of the PAX 3. Whether you want to show love for ’90s culture or conjure up some psychedelic spirit, chances are there’s a skin out there that can help reflect your personality. You can find a vast array of awe-inducing designs to wrap around your vaporizer from online retailers such as Etsy and Amazon.

The PAX 3’s unique features make it one of the most popular vaporizer brands on the market, but how exactly does the manufacturer continue to appeal to consumers despite throngs of competitors — not to mention to the rising popularity of vape pens?

Aside from brand recognition, which Pax Labs has certainly built with the PAX product line and its immensely popular JUUL e-cigarette, customers also seem to be drawn to the PAX 3 for its versatility. Now that cannabis consumers can vaporize flower and concentrates with the PAX 3, the manufacturer has been able to reach a broader audience that includes entry-level consumers and cannabis connoisseurs.

Another aspect that appeals to both ends of the cannabis experience spectrum is the mobile app. Not only does the app allows weed novices to easily monitor and control the PAX 3, it also gives more seasoned stoners the much-desired ability to dial in specified vaporization temperatures.

Interestingly enough, while many PAX 3 owners will emphasize the mobile app and compatibility with concentrates as the key feature, the device remains primarily targeted toward those looking for a more flavorful and fulfilling experience while vaporizing flower.

“It’s really targeted toward someone who appreciates the flower experience,” O’Brien explained.
“Someone who wants something discreet that fits with their daily habits, that has those types of pro features, like temperature control, that can really give you the most out of the device.”

One facet that has always been coveted throughout the lineage of PAX vaporizers is the simple, buttonless design approach. By adding the app into the mix, Pax Labs was able to keep the minimalistic aesthetic of the hardware while advancing the capability of the technology.

Lastly, the PAX 3 comes with a 10-year limited warranty, a safeguard that many other vaporizers don’t provide. At $249.99 for the kit, the PAX 3 is certainly a considerable investment compared to other portable vaporizers, but could be worthwhile for those looking for a convenient way to enjoy the full flavor and effects of cannabis.

You can purchase the PAX 3 from the manufacturer’s website. 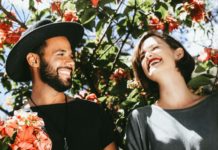 A Guide to Dating in the Modern Age of Weed 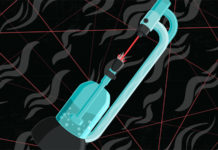 For Patients with Eating Disorders, Cannabis May be the Right Medicine

How to Get a Medical Marijuana Card in Maryland