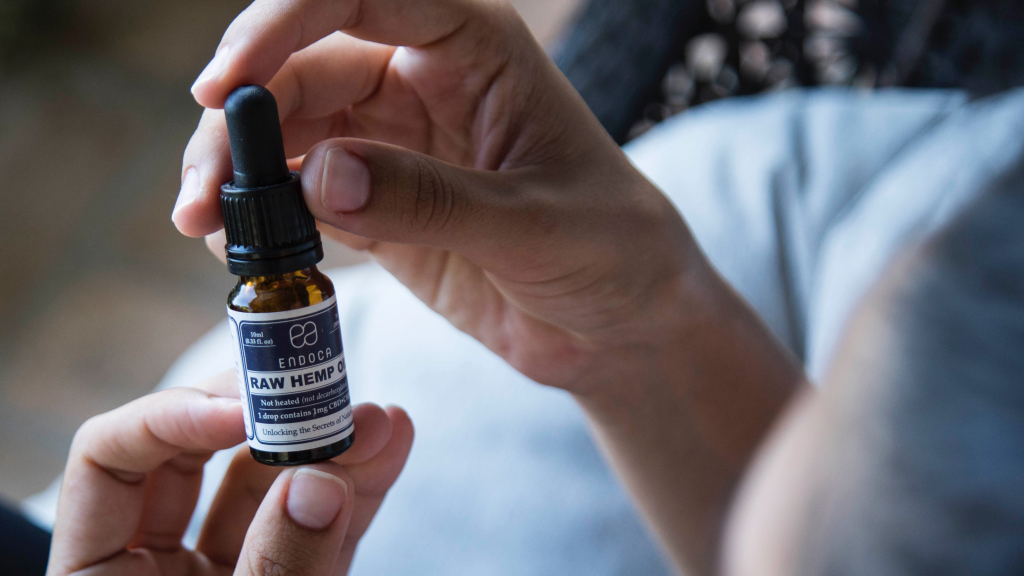 Among the general population, CBD is the most talked about and most sought after cannabis compound. The rising mainstream interest in CBD, along with continued research detailing its medical benefits, has the world more curious than ever about this non-intoxicating cannabinoid and its wide range of potential uses.

For everyone from the seasoned CBD enthusiast to the newly CBD-curious, here’s a comprehensive review of everything you need to know about this popular cannabinoid.

Cannabidiol (CBD) is the second-most abundant cannabinoid found in cannabis, second only to Tetrahydrocannabinol (THC). Cannabinoids are compounds produced by the cannabis plant that exhibit effects on the human body by interacting with its endocannabinoid system (ECS). CBD is sourced from both marijuana and hemp plants, and has a wide range of potential therapeutic benefits.

CBD vs. THC: What’s the Difference and When to Reach for Each

THC is the main intoxicating ingredient in cannabis, largely responsible for the cannabis “high.” Both THC and CBD have potential therapeutic effects, some of which overlap. They differ slightly in the mechanisms of action through which they affect the body. CBD can both minimize THC’s undesirable effects, including paranoia, heart palpitations, and impaired thinking, and enhance its therapeutic effects. In short, depending on what you are using them for, a combination of THC and CBD has greater therapeutic value.

A strain high in THC will typically produce a classic, body-buzz weed high. Its properties are ideal for people who have trouble falling asleep, as well as chemotherapy patients who have nausea or decreased appetite. A high-CBD/low-THC strain will typically produce less of a head high, and may reduce symptoms of psychosis, nausea, depressive symptoms, anxiety, inflammation, and pain.

CBD is often touted as a “non-psychoactive” compound with high therapeutic value and limited potential for abuse. The truth is, while CBD may be an exceptionally safe, non-addictive substance, it can produce psychoactive effects.

It can, however, be accurately described as non-intoxicating. CBD alone does not produce a “high” typical of THC. The term psychoactive refers to an affect on mental processes, including cognition and mood. The calming effects associated with CBD may certainly be classified as psychoactive, though non-intoxicating. As the cannabis prohibition era brings with it an unfortunately rich tradition of misinformation, it’s important to make these distinctions so consumers can make informed decisions about CBD products.

CBD and the Plant

CBD is produced in both hemp and mairjuana plants. Whether extracted from hemp or marijuana, CBD is the same on a molecular level. There are, however, factors that differentiate the two source plants and the CBD products that source them. High-CBD resin, the sticky substance that contains the plant’s cannabinoids, is produced in greater amounts by marijuana plants than hemp.

Though the majority of modern cannabis breeding is focused on maximizing THC production, the advent of CBD’s rise in popularity has led some cultivators to breed high-CBD strains for their potential therapeutic benefit. These strains include:

CBD and the Body

Though we have a long way to go in mastering the science and therapeutic potential of CBD, we do have a working understanding of how the compound elicits effects by interacting with our endocannabinoid system (ECS).

Why THC Gets You High and CBD Doesn’t

CBD and THC are different in their psychoactive effects because of the way they bind to cannabinoid receptors in the body. CBD essentially does the molecular opposite of what THC does. THC activates the CB1 receptor, while CBD inhibits it.

Although this study indicates that CBD may amplify THC’s intoxication, further research is needed to fully understand the relationship between THC and CBD.

What Ailments Does CBD Help?

CBD has shown great promise in alleviating situational anxiety, such as public speaking. According to a February 2019 study from the Brazilian Journal of Psychiatry, 300 milligrams of CBD may effectively treat socially motivated anxiety, most commonly made manifest in the immediate anxiety surrounding a public speaking experience.

Subjects in the study were tested with simulated public speaking tests and given varying doses of CBD, ranging from 150 to 600 milligrams. The study concluded that 300 milligrams was the most effective dose for reducing immediate anxiety symptoms.

Several studies have shown that CBD exhibits a variety of pain relieving and anti-inflammatory properties. CBD shows promise in treating migraines by signalling receptor pathways involved in pain control. There is also evidence suggesting it may also be effective in relieving chronic pain and treating fibromyalgia by alleviating pain, sleep disruption, anxiety, and depression symptoms.

A comprehensive review of Cannabidiol as treatment for addictive behaviors found it to have legitimate potential to alleviate symptoms of opioid, cocaine, and psychostimulant addiction. A recent animal study from Australia showed that it may curb methamphetamine addiction. The study administered CBD to rats who had been trained to self-administer methamphetamine, and showed a decrease in motivation to self-administer among the rats after they had been given CBD.

Cannabidiol has found its way into an increasing number of products and industries, including products intended to enhance sexual health and pleasure. A study on CBD’s effects on sex surveyed 5,398 Americans, with a majority of participants reporting that it made sex more satisfying and less painful. The study found that 66% of both men and women use CBD to alleviate sexual anxiety, while 26% use it to alleviate post-coital pain and soreness.

How to Consume CBD

Cannabidiol has worked its way into a large swath of products and consumption methods. And while your chosen consumption method won’t alter the effect CBD has on you, it may affect the intensity and rate of absorption.

Depending on your inhaling technique, vaporizing CBD oil will be the fastest way to absorb the most active ingredients and feel the effects. Edibles and capsules must pass through the liver before it enters the bloodstream, and may therefore reduce potency before it reaches the brain. For higher, more immediate intensity, vape CBD oil or take it under the tongue. For a more subtle, drawn out effect, eat edibles or take capsules.

Is it possible to take too much CBD? Not really. A recent study has shown you’d have to take 20,000 milligrams over a short span of time for it to be toxic. The study even concludes that “CBD is well-tolerated and safe in humans at high doses and with chronic use.” But because an excessive dose of CBD may produce minor unwanted side effects, the most advisable way to dose CBD is by starting with the smallest possible dosage and working your way up.

Cannabidiol is one of the hottest current wellness trends, with ever-diversifying formulas and products popping up in spas, health food stores, and major pharmacies throughout the United States. In the current market, CBD is expensive, leaving many wondering how something as small as a 1 ounce, or 30 milliliter bottle of CBD oil might cost anywhere from $30 to more than $200. And without federal regulation (at least up until the 2018 Farm Bill) and guidance from the Food and Drug Administration (FDA), CBD remains largely a buyer-beware market. These factors make it difficult to say exactly how much consumers should pay for CBD, but there are precautions consumers can take to increase their odds of getting a trustworthy product.

Seek out CBD products that are lab tested. If a company makes a certificate of analysis available online and on its packaging, the product has probably been lab tested. A lab-tested product will likely cost around $50-$60 per 1,000-milligram bottle. The price of CBD is projected to go down eventually, but not for a few years.

Frequently sought-after for its medicinal properties, several oils have been reported by consumers to effectively treat pain, anxiety, and sleep disruption. Popular types of CBD oils include:

CBD gummies are another rapidly popularized cannabis product, having earned the title of Google’s No. 3 food search term in 2018. The rising popularity of CBD gummies is likely due to a combination of factors, including increased availability, bite-size convenience, the potential for anxiety reduction, and the popularity of gummy vitamins as a wellness product.

CBD is now frequently used by pet owners to treat a variety of ailments in their furry companions. According to Gary Ricther, veterinarian, author, and owner of Holistic Veterinary Care in Oakland, California, “CBD has all of the same medical benefits in animals as it does in people. It’s an anti-inflammatory, it can be helpful for pain, it has some anti-cancer properties, it can be helpful from an anxiety perspective, it can have anti-seizure properties.”

Though CBD dog treats are a rapidly growing sector of the CBD market, Richter suggests that directly administering CBD oil into a dog’s mouth is the most effective way to treat pet ailments like arthritis, inflammation, and epilepsy. Little research has been done on CBD’s effect on cats, making it difficult to know the appropriate administration and dosage for them. More research is needed to accurately prescribe CBD oil dosages for dogs as well. Never give your pet a CBD product which contains more than 0.3% THC.

Things You Should Know about CBD

On Dec. 20, 2018, President Donald Trump signed into law the 2018 Farm Bill, which legalized hemp as an industrial crop. To be classified as hemp, cannabis plants must contain less than 0.3% THC. But what about CBD? CBD remains a Schedule I drug under federal law. Only CBD produced under the regulations in the 2018 Farm Bill is considered legal. A division of the Treasury Department clarified in April 2019 that CBD from hemp cannot be added to alcoholic beverages at this time.

CBD is Still on the Rise

But despite the roadblocks still preventing CBD from full legal status, the cannabinoid and its offspring line of products don’t appear to be going anywhere. Increased availability in legal states has led to a seemingly unstoppable momentum in the growing CBD industry. CBD has grown in popularity in the United Kingdom, and is set to take Europe by storm next. Major drugstore chains CVS, Walgreens, and Rite Aid are rolling out CBD products in legal states. So is Whole Foods Market. Martha Stewart unveiled her partnership with Canada’s Canopy Growth Corp. to develop a new CBD line, and Kim Kardashian hosted a CBD-themed baby shower in 2019. CBD oil has become so fixed in the mainstream culture that it became a meme. As both a cultural phenomenon and viable therapeutic product, CBD is an unignorable asset to the cannabis movement.

We Wouldn’t Have Legal Weed Without These LGBTQ Activists