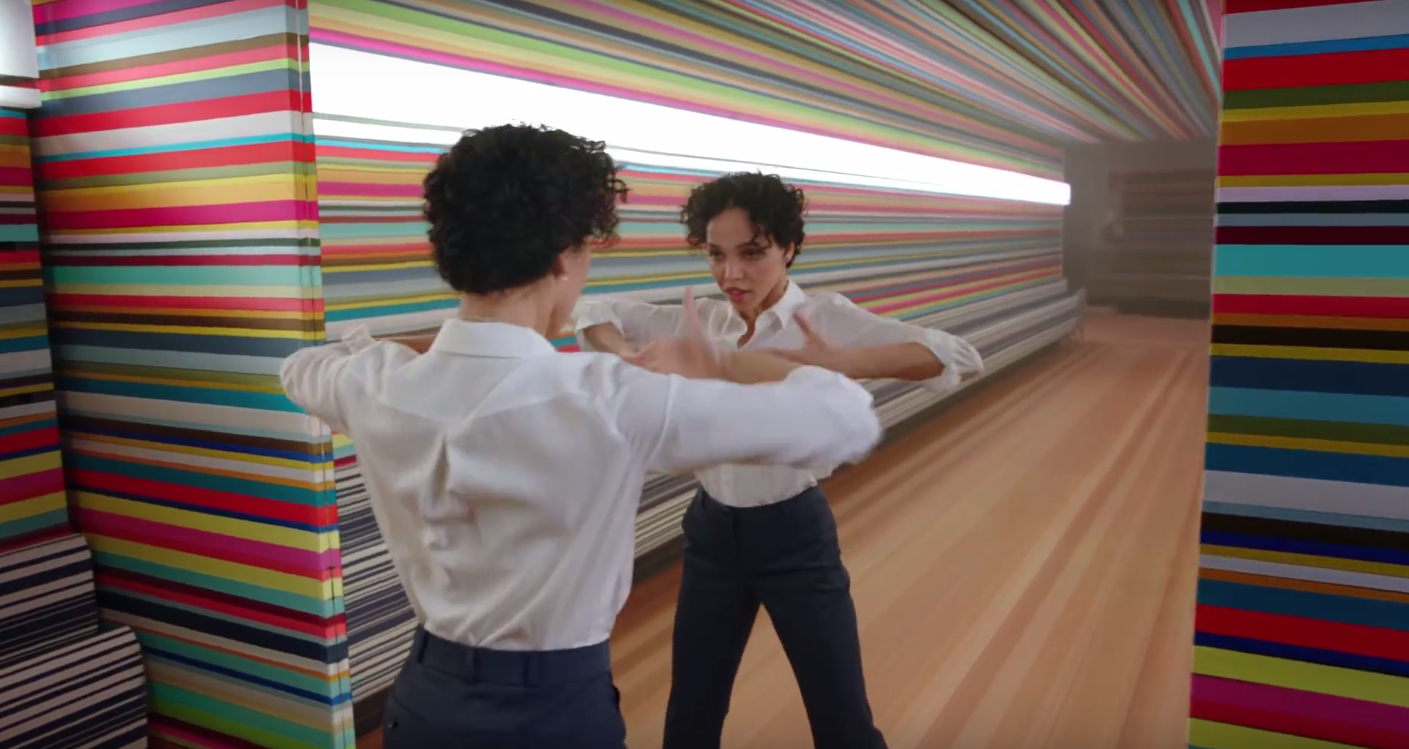 Do you like smoking a bowl and listening to music, letting your favorite sounds and beats wash over you and activate your mind with good vibrations? Or maybe you like to stream a dank TV show or movie after you’ve dabbed or eaten an edible?

Well, we’ve got just the entertainment format for you. It’s called a music video — an age-old art form, sprung from the birth of MTV and now at home on YouTube, tailor-made to be experienced under the buzzy, hyper-sensory influence of the cannabis high.

Next time you’re stoned on your couch and ready to dive into a dank, customized video playlist, try these 8 music videos on for size.

We’ll start things off with a video from Jack White, whose former band The Whites Stripes you can thank for the iconic, equally great high watch “Seven Nation Army.” “High Ball Stepper,” a grimy, textured hard rock instrumental track from White’s 2014 album, “Lazaretto,” is set to an equally grimy, textured set of visuals that take full advantage of another YouTube high-watch sensation — “Non-Newtonian fluid bouncing on a speaker.”

Last year, Childish Gambino, an artist who gets weed better than most, owned 2018 with “This is America,” a brash, brilliant piece of work that proved a cultural milestone for the year. He quickly followed it up with “Feels Like Summer,” a dreamy, animated, star-studded vid that’ll make you want to toke up, hit the streets, and welcome summer 2019 with open arms. And if “Feels Like Summer” isn’t enough to satisfy your craving for all things Childish Gambino, be sure to check out his latest project, “Guava Island” — a whimsical, thoughtful, ultra lit short-musical now streaming on Amazon Prime.

An oldie but a goodie, Fatboy Slim’s “Weapon of Choice” video made Christopher Walken a meme (It was bound to happen, regardless). It’s also a strange, charming, and mesmerizing bit of short-filmmaking that’s sure to make your stoney brain happy.

The latest video from Australian singer/songwriter Alex Cameron, “Miami Memory,” directed by the artist and starring his girlfriend, “Girls” actress Jemima Kirke, is oozing whimsical, DePalma-esque vibrancy and melancholy intensity — a dank-ass audiovisual treat for the next time you’re up late and in the company of a reliable Indica flower.

Tyler, The Creator and Domo Genesis — ‘Sam is Dead’

Tyler, the Creator directed, starred, and scored new music (on top of the title track with fellow Odd Future member Domo Genesis) for this hypnotic, gorgeously shot video that seems to evoke stoney war movies such as “Apocalypse Now” or “Inglorious Basterds.” Once the video’s Vietnam setting literally bursts in on Tyler, the Creator about to light a joint, visual arrest kicks in and before you know it, you’ll be lost in time and thrilled to be there. Take a toke right when the horns come in and you’ll thank us later.

Few forms of entertainment are more enjoyable when high than good ole fashioned trippy animation (case in point: the existence of Adult Swim). This hypnotic animated video for “The Drowned Beast” — a 2017 track from California psych-garage veterans Oh Sees — takes the mind-melting, apocalyptic grandiosity of the band’s sound and turns it into an acid-sci-fi fever dream you’re stoned head is sure to vibe on.

This video from produce and DJ Simon Green, aka Bonobo, opens with seemingly innocuous 1950s Americana footage, then quickly morphs into a rapidly mutating collage of said footage. The effect is strangely intoxicating, uncanny, and unmistakably groovy, especially when you’re primed for it in a deep state of couch lock.

Ok, this one is an Apple ad. It’s also an Apple ad directed by Spike Jonze, whose entire body of work is probably worth watching high, featuring FKA Twigs literally altering reality by dancing to an Anderson .Paak song. No sense fighting the fact that this is the kind of cool shit you find in ads now. Best just to smoke a bowl and enjoy.

Bernie Sanders wants to have a Marijuana Legalization Ceremony

Music, food, and high times in DC at National Cannabis Festival on 4/20