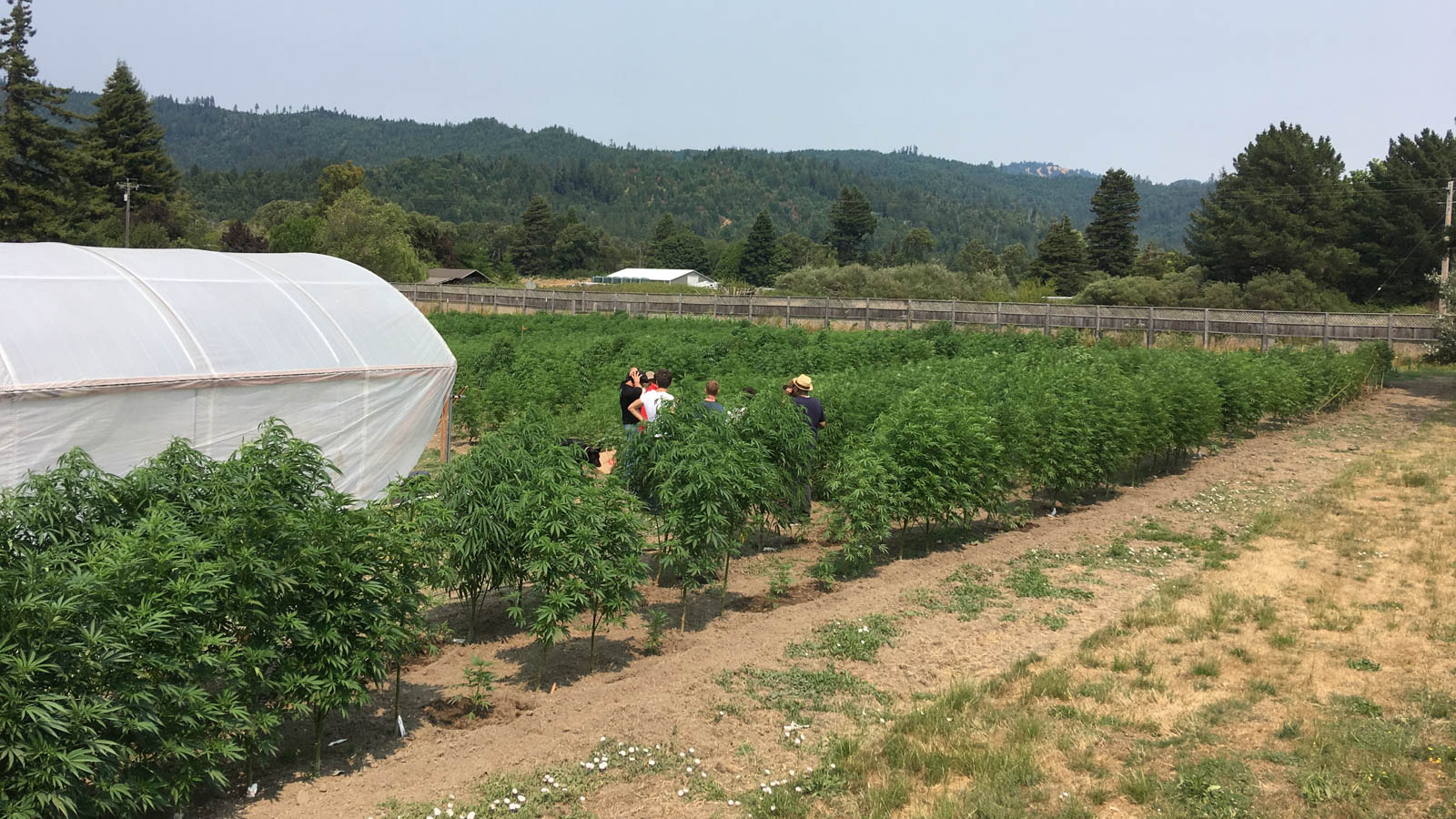 For cannabis lovers, Northern California’s Humboldt County is a holy land. For decades, copious amounts of top-shelf quality bud have been grown here despite prohibition. Humboldt County’s legendary, multigenerational family farms that specialize in outdoor, sun-grown cannabis have often swept competitions, such as the Emerald Cup, which originated in the county.

California‘s passage of Proposition 64, which legalized adult-use consumption, however, created challenges and opportunities for the former outlaw outpost. High fees and taxes make doing business much costlier for traditional Humboldt County farmers, while the new legal landscape has attracted competition from large and often well-funded corporate players. In response, city and county agencies have banded together to solidify the region’s reputation and carve out a niche in the new legal market.

In an unprecedented move, in 2018 the Southern Humboldt Business and Visitors Bureau (SHBVB) launched an awareness campaign that brands the region as America’s Cannabis Heartland.

“We are already known for growing the best, simply the best craft cannabis, and part of what we are doing is helping get the word out,” said Laura Lasseter, Director of the SHBVB. Appearing in magazines across the country as well as in polished videos that showcase Humboldt County’s natural beauty and its family marijuana farms, the campaign also emphasizes the practices of the area’s cannabis cultivation.

In March 2019, the Humboldt County Board of Supervisors passed Project Trellis, a three-pronged strategy to support local cannabis farmers and businesses with tax revenue created by Measure S in  2016. The measure imposed an excise tax on legal cultivation in Humboldt County and took in more than $17 million in 2017. At least 10% of that, or $1.7 million, supports Project Trellis. The project includes marketing and branding strategies such as the “America’s Cannabis Heartland” campaign,  microgrants for local cannabis businesses, and a cannabis social equity program.

The cannabis equity movement, which attempts to help those harmed by the war on drugs participate in the new legal market, was pioneered in Oakland and has quickly spread to other California cities including Los Angeles, San Francisco, and Sacramento.

The past criminalization of marijuana “adversely impacted communities throughout Humboldt County, including individuals subject to arrest, prosecution, conviction, and incarceration,” according to the county’s equity resolution, which aims to make county farmers and businesses eligible for state equity funds, including a piece of  the $10 million available through SB 1294, known as the California Cannabis Equity Act of 2018.

Marijuana cultivation in Humboldt County has its roots in the back-to-the-land movement of the 1960s and ’70s. Hippies moved to the ancient redwood forest of southern Humboldt County to live “off-the-grid,” many growing cannabis strains from Mexico, Jamaica, and Colombia to support their families and fund projects such as organic farming. Government crackdowns, from the 1980s Campaign Against Marijuana Planting (CAMP) to the 1990s Operation Green Sweep, which involved U.S. Army and National Guard forces conducting helicopter raids on family farms, became a facet of daily life for many cultivators in southern Humboldt County.

“We have farmers and family members (who did prison time). I think part of what makes southern Humboldt special is that we all have our own stories that are unique and authentic,”  said Lasseter whose family bought land in southern Humboldt County in the mid-1970s. She said she believes that the outlaw culture of the area is an asset, a historical legacy that bestows the region with a legitimate claim as the root of an authentic American cannabis culture.

Visitors now can dine with local cannabis farmers and learn about the area’s rich cannabis backstory via the SHVBV’s new Meet the Farmer series of special dinners that are held at sites such as the Benbow Historic Inn, in Garberville.

According to Fred Krissman, Ph.D., a research associate with Humboldt State University’s Humboldt Institute for Interdisciplinary Marijuana Research (HIIMR), 40% to 60% of all cannabis consumed in the United States prior to legalization in Colorado, Washington, Oregon, and Alaska, was grown in California’s Humboldt, Mendocino, and Trinity counties, collectively known as the Emerald Triangle.

“It originated here and it developed here. Not only the techniques for evolving, new and innovative strains of cannabis with different qualities. Not only high-THC, but also high-CBD and different terpene profiles as well,” Krissman told  Weedmaps News. He added that HIIMR, which opened in 2012,  also will benefit from the end of national prohibition, and aims to become, “The preeminent cannabis research institute for all things related to the traditional center of marijuana production in the United States.”

Already, the region’s tourism industry is growing. In late 2018, United Airlines began daily services from Denver to Arcata’s small regional airport, connecting the two cannabis culture hotspots with direct flights.  In Eureka, the county seat, Matt Kurth of Humboldt Cannabis Tours runs tourists in a luxury minibus through southern Humboldt County’s rolling cannabis-covered hills to visit small family farms. He said visitors count interactions with farmers and the plants themselves as the highlights of the experience, but they also enjoy the natural attractions of the Redwood Coast region, which took the top spot on Lonely Planet’s 2018 places to go in the U.S.

“About a quarter of my guests are already international.” he told Weedmaps News, adding that when it comes to cannabis, “Humboldt County can be what France is to wine.”

Craft cannabis is the future of the region, according to Siobhan Danger, a second-generation Humboldt County cannabis grower whose Blessed Coast Farms was the first operation permitted under Proposition 64. She is dedicating the next season of her popular “Grow Sisters” video show to her own Know Your Farmer series that showcases other Humboldt County small farms.

“With the now-commoditized mass amounts of low-quality cannabis being produced, it is forcing small craft farmers out of their livelihoods. Without knowing your farmer and supporting them as a conscious consumer we will lose craft cannabis,” she told Weedmaps News.

Though complicated legislation, massive international investment, and slick branding seem to be the future of the cannabis industry, Humboldt’s approach to tourism may have the simplest solution to keeping the artistry and heritage of American cannabis intact. Appreciating weed requires familiarity with its origins, which in Humboldt County happens to be in one of the most spectacular natural areas in the U.S.