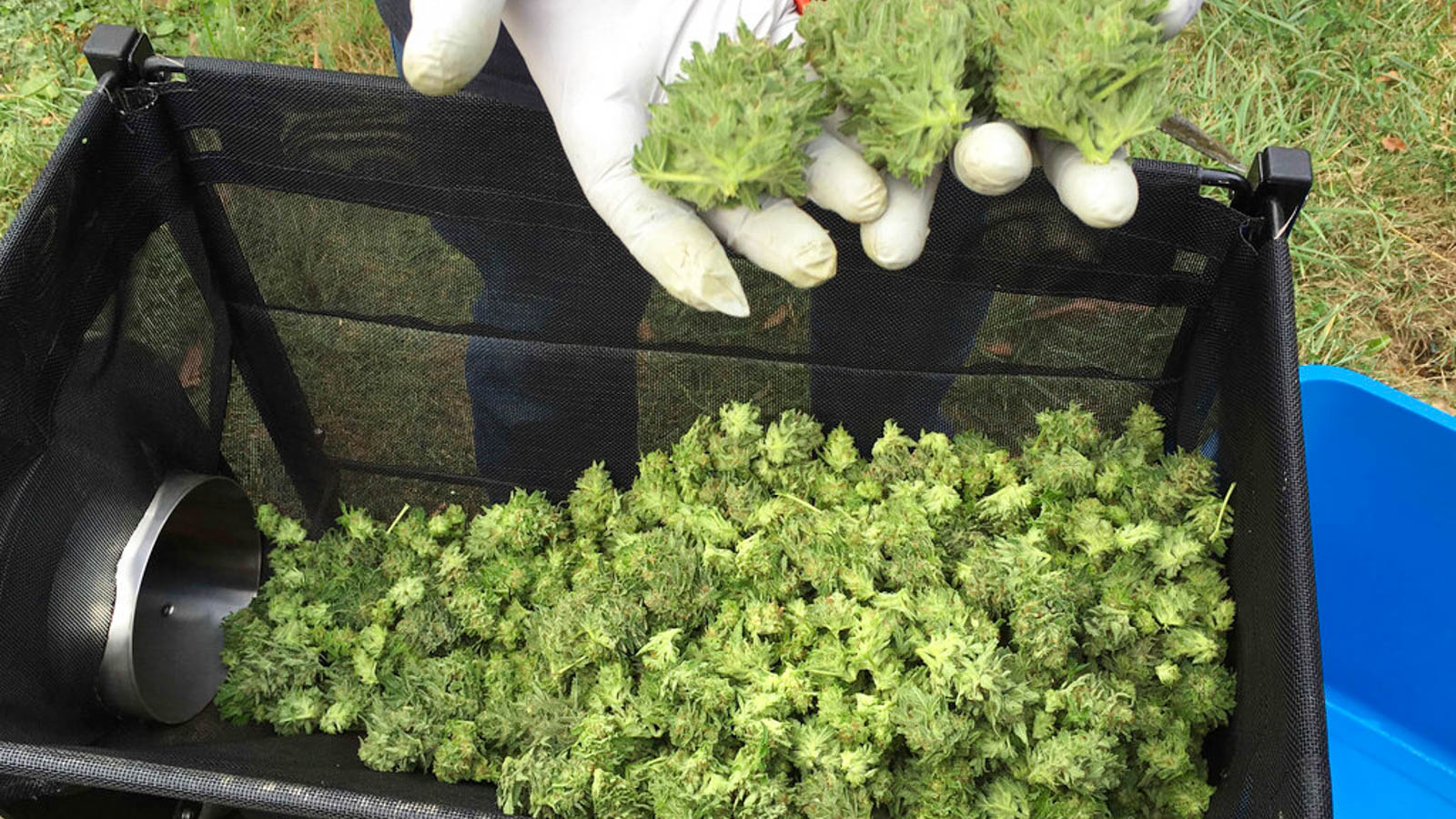 Oregon is awash in so much legal weed that if growing were to stop today, it could take more than six years by one estimate to smoke or eat it all.

Now, the state is planning to curb production.

The bill passed in Oregon’s House on May 30, 2019, in a 39-18 vote after it was approved earlier in the Senate. It is aimed not just at reducing the huge surplus, but also at preventing diversion of unsold legal marijuana into the unlicensed market and forestalling a crackdown by federal prosecutors.

“The harsh reality is we have too much product on the market,” said Democratic Gov. Kate Brown, who intends to sign the bill.

Supply is running twice as high as demand, meaning that the surplus from last year’s harvest alone could amount to roughly 2.3 million pounds, or 1.043 million kilograms of marijuana, by the liquor commission’s figures. That’s the equivalent of more than 1 billion joints.

Oregon has one of the highest such imbalances among the 10 states that have legalized recreational marijuana since 2012, in part because it had a big head start in the weed business.

With its moist climate and rich soil, Oregon has a long history of marijuana growing. When it became legal, many outlaw growers went legitimate, and others jumped into the business, too.

They are now all cultivating weed in a multitude of fields, greenhouses, and converted factories, with 1,123 active producer licenses issued by the OLCC over the past three years.

Supply is running twice as high as demand in Oregon. The surplus from 2018’s harvest alone could amount to roughly 2.3 million pounds of weed. That’s the equivalent of more than 1 billion joints. Click To Tweet

The legislation could be a lifeline to some cannabis businesses that are being squeezed by market forces.

Retail prices in Oregon for legal pot have plummeted from more than $10 per gram in October 2016 to less than $5 in December 2018. At the same time, smaller marijuana businesses are feeling competition from bigger, richer players, some from out of state.

Officials worry that some license holders will become so desperate they will divert their product into the black market rather than see it go unsold.

“We’re a very young industry,” said Margo Lucas, a marijuana grower and vendor in the Willamette Valley who is hoping the measure will give her business breathing room.

She noted that growers can’t seek federal bankruptcy protection — marijuana is still illegal under federal law, and banks avoid the industry — and that many owners have taken out personal loans to finance their businesses.

“So when we go out of business, we’re going to go down hard,” Lucas said. “Many of us will lose our homes. … You’re going to have a lot of entrepreneurs in this state that are pretty unhappy with the way that this ends if we don’t get some support with this bill.”

Opponents say the proposed law will drive growers who are denied licenses into the illegal market, if they’re not there already.

“This current track seems like a giant step backward toward prohibition, which has always been a disaster,” Blake Runckel, of Portland, told lawmakers in written testimony.

As of January 2019, Oregon’s recreational pot market had an estimated 6 ½ years’ worth of supply, according to an OLCC study.

To prevent excess pot that is still in leaf form from spoiling, processors are converting some into concentrates and edible products, which have a longer shelf life, OLCC spokesperson Mark Pettinger said.

U.S. Justice Department officials have said they won’t interfere in states’ legal marijuana businesses as long as the plant isn’t smuggled into other states and other standards are met. Oregon officials want to let federal authorities know they’re doing everything they can to accomplish that.

The bill to curtail production could “keep the feds off our back,” Rob Bovett, legal counsel for the Association of Oregon Counties, told lawmakers.

Oregon puts no cap on the number of licenses that can be issued. In June 2018, the OLCC stopped accepting applications so it could process a monthslong backlog. But under current law, it has no specific authority to say no to otherwise qualified applicants, Pettinger said.

The longer-term hope is that the federal government will allow interstate commerce of marijuana, which state lawmakers hope would provide a major outlet for Oregon’s renowned cannabis.

“We will kind of be like what bourbon is to Kentucky,” said Democratic state Sen. Floyd Prozanski.

Featured Image: A marijuana harvester holds buds about to go through a trimming machine on a marijuana farm in Corvallis, Oregon. Faced with a glut of marijuana that can’t be sold out of state, Oregon lawmakers have approved a law that allows regulators to deny licenses based on supply and demand in the market. (Associated Press file photo/Andrew Selsky)

Budtender Jobs Guide: How To Become A Budtender

Nevada Law to Disclose Dispensary Licensees and How Bids are Ranked

How 4 ‘Marijuana Moms’ Led Fellow Lawmakers to Legalization in Illinois