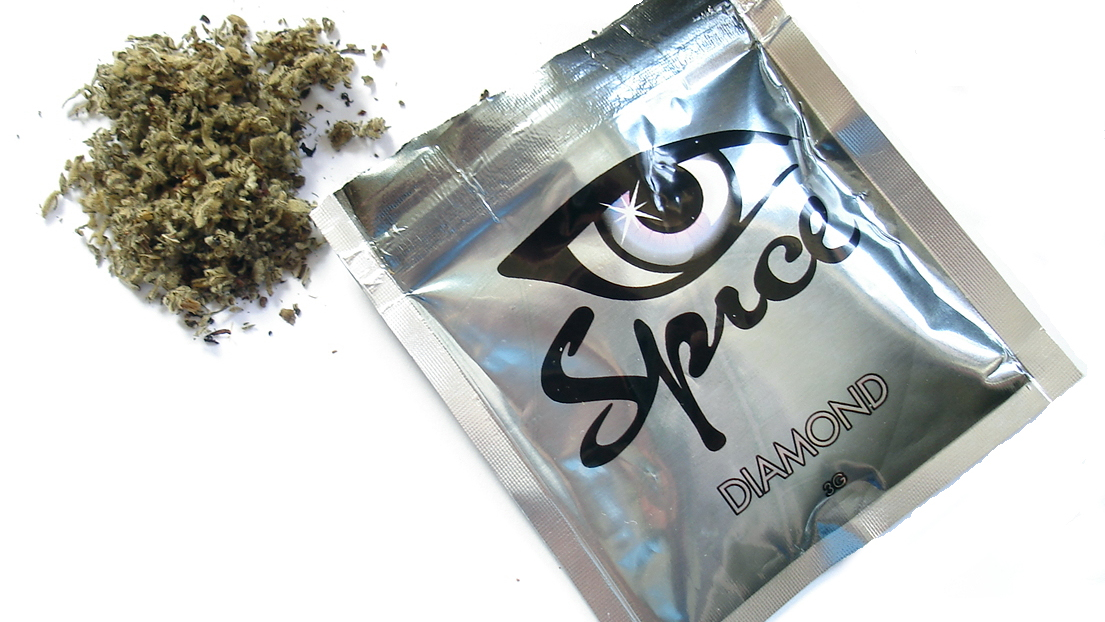 With cannabis legalization taking root across the United States, there are a number of impostor products masquerading as “synthetic weed,” more commonly referred to as K2 or Spice.

Usually made of a mixture of herbs, spices, or shredded plant material, K2 contains lab-made synthetic compounds sprayed onto the material that can result in potentially dangerous effects when consumed.

Synthetic marijuana raised alarm in the media in May 2018, when more than 50 Brooklyn residents overdosed on K2 within the span of a few days. The epidemic spurred city officials into action, as Democratic New York Gov. Andrew Cuomo announced a multi-agency initiative on April 12, 2019, that included clinical guidance for mental health professionals and emergency room staff for patients who have consumed synthetic cannabinoids. The perils of synthetic weed have also struck other regions of the United States. In July 2018, officials from Washington, D.C., claimed that a bad batch of synthetic marijuana was potentially connected to four deaths and sickened more than 100.

This lack of understanding has sparked confusion among those who might hear the term “synthetic cannabinoids” and instantly think about the perilous fake weed that has caused intense paranoia, hallucinations, and in some cases, overdoses. The full truth about synthetic cannabinoids, however, is buried somewhere underneath the nationwide synthetic weed scandal.

The Difference Between Synthetic Weed and Synthetic Cannabinoids

“While cannabis use usually induces psychotropic effects such as euphoria, relaxation, and a general pleasant feeling, it is associated with severe side-effects. The use of SC [synthetic cannabinoid] drugs is associated with more undesired effects including; agitation, irritability, confusion, hallucinations, delusions, psychosis, and death,” the study concluded.

It’s important to note, however, that the synthetically produced compounds sprayed onto so-called synthetic weed do not have the same adverse effects as some other synthetic cannabinoids produced in the laboratory setting. Adie Rae, Ph.D., a neuroscientist and Weedmaps scientific adviser, explained to Weedmaps that there are three different categories of synthetic cannabinoids:

“All illicit synthetic cannabinoids are dangerous,” Rae explained. “Despite their seemingly harmless place on a retailer’s shelf, there are unknown risks hiding within those packages. None of them have been studied for effectiveness, and there is plenty of evidence about their harm.”

Outside of the illicit cannabinoids, however, researchers are attempting to experiment with synthetic cannabinoids that could be helpful rather than hazardous. In February 2019 study, researchers at the University of California (UC), Berkeley, were able to synthetically produce THC and cannabidiol (CBD), the two primary cannabinoids found in cannabis, by feeding sugar to brewer’s yeast. Led by UC Berkeley postdoctorate student Xiaozhou Luo and visiting graduate student Michael Reiter, the team of synthetic biologists was able to synthetically reproduce natural cannabinoids by inserting genes from the cannabis plant into yeast cells.

When yeast metabolizes, it converts sugar into alcohol. The scientific process of producing these synthetic cannabinoids involves co-opting the metabolism of yeast and coercing it to convert sugar into other chemicals instead of alcohol. Once the researchers were able to produce cannabigerolic acid (CBGA), known as the mother of all cannabinoids, they added additional enzymes to convert the CBGA to THCA and cannabidiolic acid (CBDA).

While Rae believes that whole-plant cannabis is more effective at providing synergistic symptom relief, she acknowledges the potential benefits of certain synthetic cannabinoids.

“If we are talking about the FDA-approved cannabinoids like dronabinol, then cannabis appears to be much more beneficial,” Rae said. “Dronabinol is taken orally, which means it takes a very long time to kick in; vaporized cannabis is effective almost immediately.”

What Research Tells Us

There remains a glaring lack of research observing the effects of synthetic weed on humans, but the road toward gaining a better understanding is just starting to get paved. Case Reports in Pulmonology on May 20, 2019, published an incident of a 27-year-old male patient who started coughing up blood and had respiratory failure 48 hours after inhaling K2, one of the most popular forms of “synthetic weed.”

The patient in question had developed diffuse alveolar hemorrhage (DAH) after inhalation of UR-144, a synthetic cannabinoid invented by Abbott Laboratories that acts as a full agonist of the CB2 receptor. DAH is a life-threatening condition caused by a variety of disorders associated with conditions such as hemoptysis, anemia, diffuse lung infiltration, and acute respiratory failure.

A March 2019 study, conducted by researchers at Maastricht University in the Netherlands, was considered the first controlled study observing the effects of synthetic cannabinoids in humans. Looking at JWH-018, an active ingredient in Spice products, the research team discovered that this synthetic cannabinoid was far more harmful than natural cannabinoids.

Daniele Piomelli, director of the University of California, Irvine, Center for the Study of Cannabis, believes that the synthetic cannabinoid studied by Dutch researchers has been misused since it was developed in the 1970s. He previously told Weedmaps News that scientists initially created these synthetic cannabinoids in an attempt to improve upon THC, but “had to give up because of the side effects.”

Piomelli went on to explain that other hazardous ingredients, such as rat poison, have been found in certain synthetic cannabinoids marketed as marijuana alternatives. However, he also expressed hope that this research will pave the way for further development of synthetic cannabinoids that are safer and more effective for medical purposes.

“The Dutch study will help frame the real effects of synthetic cannabinoids, when these are made under controlled conditions and in certified labs,” Piomelli said. “Some companies have tried to develop synthetic cannabinoids that do not enter the brain, but with mixed success. There is still interest, however, and hope.”

While these studies properly identify and observe the potential health risks that come with consuming synthetic weed products that contain illicit synthetic cannabinoids, there’s usually not enough of a distinction made between chemicals such as K2 and Spice, and synthetic cannabinoids such as Dronabinol or those developed by the UC Berkeley biologists.

With research into synthetic cannabinoids just now gaining traction over the past several years, researchers said it’s important to educate the public on how to differentiate between potentially beneficial synthetic cannabinoids, such as those created from yeast, and dangerous substances that are being falsely labeled as synthetic weed.

“As long as there is demand, there will be a supply,” Rae said. “When consumers wise up to the fact that cannabis itself is far more safe and effective then the unregulated illicit cannabinoid market will disappear.”

Splurge on these 8 expensive gifts for the holiday season