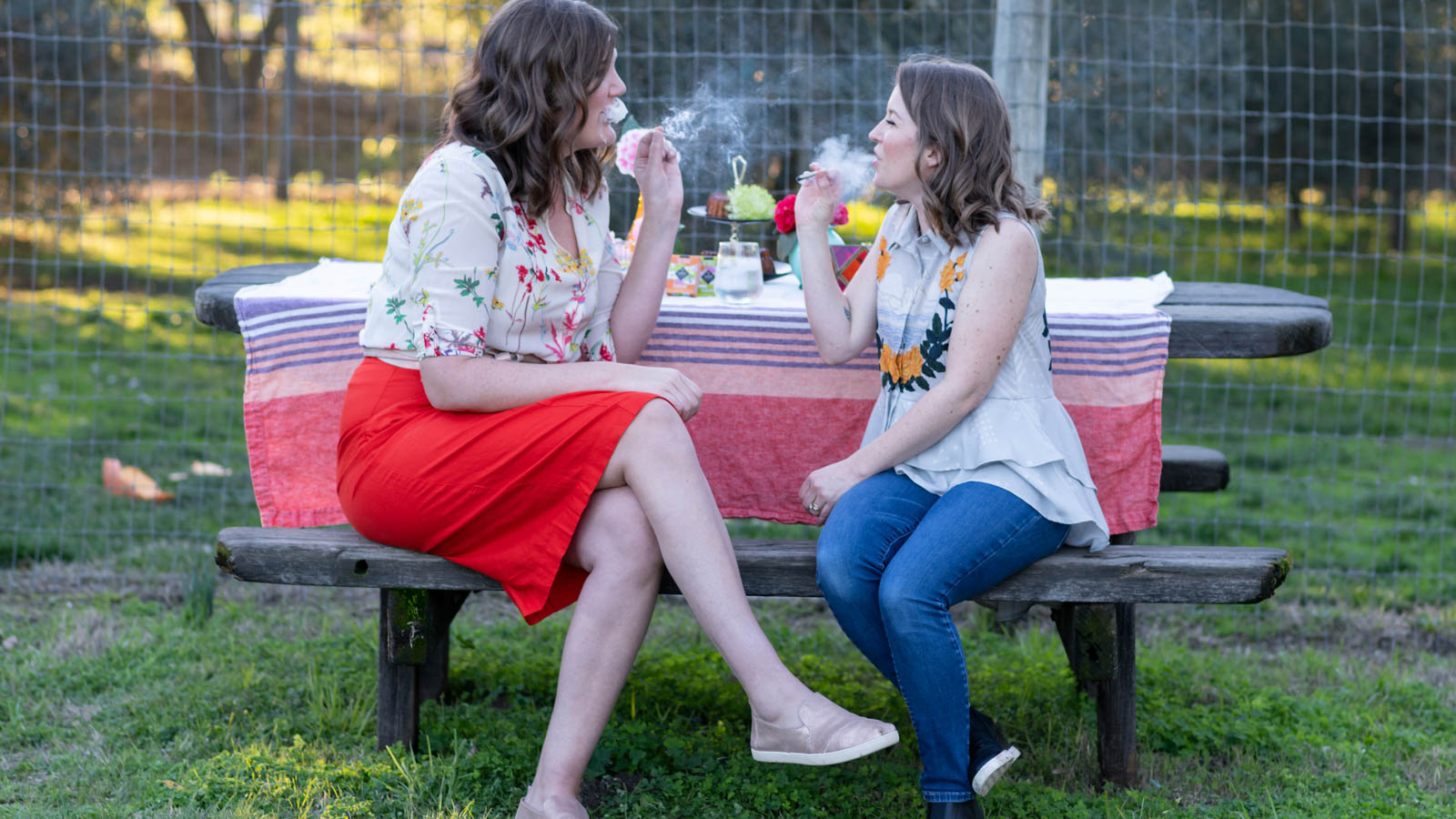 Somewhere in the Napa Valley, a vineyard-filled region north of San Francisco known famously as Wine Country, a group of ten women gather at a private home for a garden party in April 2019. The lively crowd represents all ages and backgrounds, but the common denominator between them is that they’re all “cannabis-curious” and hope to learn more about the medicinal benefits of cannabis-infused products.

Erin Gore and Karli Warner, co-founders of Garden Society, the Santa Rosa, California-based cannabis wellness brand for women, were there to answer questions and introduce attendees to their cannabis-infused edibles. While many in attendance have heard anecdotes about the potential benefits of medical marijuana, they also have specific questions about products and how to incorporate them into their own lives.

Origins of the Garden Society

During the event, Gore spoke about the benefits of cannabis from personal experience. A former collegiate basketball player, Gore was only in her 20s when she learned that engaging in years of high-impact sports had stressed her hip joints and wore down her cartilage.

Not wanting to rely on opioids to fight pain, Gore, a chemical engineer, began exploring how medical marijuana could help her both fight pain and help her sleep at night.

“After my second surgery, I had to sleep in a continuous passive motion (CPM) machine for six weeks to prevent scar formation and improve joint mobility,” Gore continued. “It was hard to fall asleep, so I started making edibles that I could take before bed to help me get a good night’s sleep.”

At the time, few cannabis-infused products were available, and Gore found she enjoyed making her own culinary creations. She held a “high holiday” baking party serving cannabis-infused cookies and cannabis caramel apples. She quickly learned that many of her friends were not only seeking a holistic way to manage pain, but also to combat stress and achieve a better overall quality of life.

“I had several other parties and they continued to grow in size,” Gore said. “I saw how so many women were looking for natural ways to reduce stress and achieve balance in their lives.”

At the time, Gore was also seeking a change from her own high-powered job as a chemical engineer, which required her to frequently travel internationally. And so, Gore approached Warner, a public relations entrepreneur she had met several years before, to discuss starting a cannabis company designed especially, though not exclusively, for women.

While her own background as a chemical engineer helped her to determine appropriate dosages, Gore knew that Warner’s skills as a publicist and entrepreneur were exactly what the company needed. The two launched Garden Society in 2016, hoping their business could help to destigmatize cannabis while offering women an alternative to combating health conditions including pain, stress, insomnia, and anxiety.

At the garden parties, women learn about the company’s various cannabis products, such as their prerolls and artisan low-dose cannabis confections such as chocolates, which are created in collaboration with Susan and Jeff Mall, two California-based restaurateurs, and a medical adviser. Gore and Warner also encourage women to speak to their doctors about how cannabis may help their individual health concerns. If their doctor isn’t cannabis-friendly, the company also maintains a list of doctors they can refer to.

“When you look at the statistics, women are twice as likely as men to experience anxiety and depression,” Gore said. “We want to use cannabis as a platform to destigmatize mental health for women and to educate people that in many cases cannabis can work better to combat these conditions, and even if you don’t have a health condition, cannabis can add joy and pleasure to your life.”

By educating other women and demonstrating the therapeutic benefits of cannabis, perhaps Gore and Warner can inspire others to take a similar approach to medical marijuana, whether that be through health and wellness or entrepreneurship.

18 Concentrate Brands You Should Know About