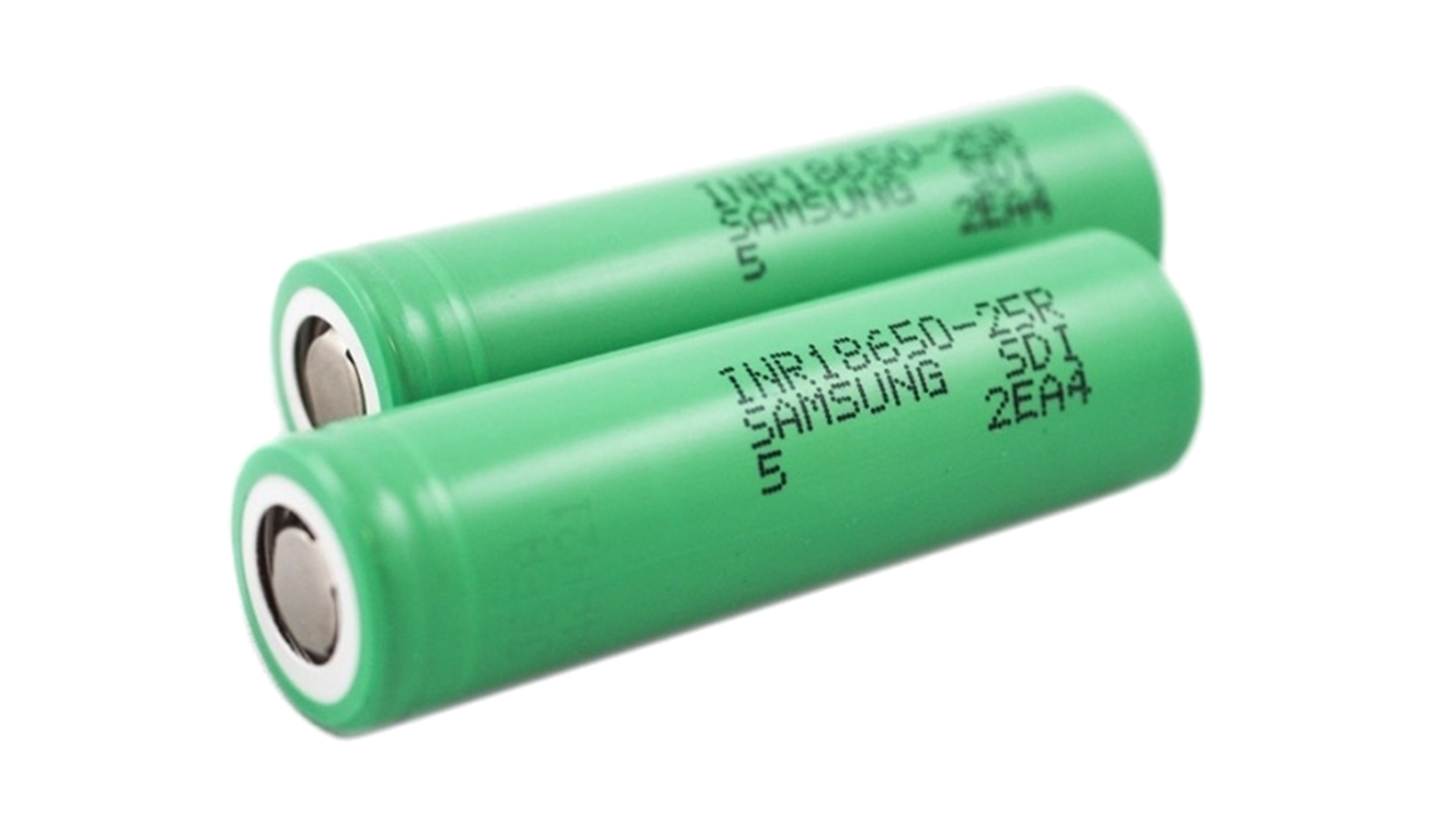 When it comes to vaping weed, most seasoned stoners are usually on the search for the best marijuana concentrate or flower possible. But seldom will consumers give the same amount of scrutiny and consideration to the actual battery that powers their vaporizer.

It might not seem like the most integral part of the vape experience, but the selection of the battery is more important than one might expect. Some devices have built-in rechargeable batteries that can’t be removed, taking this burdensome decision out of the user’s hands, but others can be removed and replaced.

For e-juice vape mods, 18650 batteries are among the most popular of the pack — and for no shortage of good reasons. Newer options used by manufacturers include 20700 and 21700 batteries, but many still default to 18650 batteries due to the compact size and extensively tested performance. A number of cannabis vape devices, such as the Arizer Air, X MAX Starry, Davinci IQ, and others, also operate using a swappable 18650 battery.

“We settled on the 18650 because it has the best shape for the most amount of power, and it’s easily findable because so many people are using it for box mods,” said Shauntel Ludwig, Vice President of Operations at DaVinci, a Las Vegas-based cannabis vaporizer manufacturer. “We wanted to have something that was really convenient for our users, that’s the main reason we made it swappable and didn’t build a proprietary battery.”

It’s important to distinguish, however, that vape mods and cannabis vaporizers usually have different needs when it comes to 18650 batteries. The best option for a cloud chaser who vapes e-juice isn’t the same as for the cannabis consumer looking to control the temperature and curate the cannabis by-products that are activated during the vape sesh. But before you can understand the specific battery traits you should be looking for, you should have a basic understanding of what 18650 batteries actually have to offer.

The 18650 battery has a diameter of around 18 millimeters and a length of 650 millimeters, hence its five-digit name. What makes 18650 batteries so coveted by the vape industry is the compact size, above-average output, and long-lasting lifespan, which reduces the risk of being stuck with a dead vaporizer or need to carry extra components. Some devices are equipped with integrated batteries, while others have removable batteries, giving the user full control over the battery selection process.

Characteristics that are usually taken into account when searching for 18650 battery for vaping include:

Ideally, the best 18650 battery for e-juice vape mods will offer a balance between a high capacity and high current rating. High-drain batteries are 18650 batteries with a high continuous discharge rating (CDR), which means it’s capable of discharging large amounts of current at once without damaging the battery. For weed vaporizers, however, there are certain factors to take into account when shopping for 18650 batteries.

“For box mods, they usually go for a high discharge battery with higher amperage on them, because they want max power to the coil instantly,” said Hector Marron, a technician for DaVinci. “The only difference that I see is that they want a higher discharge rate faster, usually in the 25 to 30 amperage range. We use a 10 amperage battery because the current is controlled by unit.”

Which are the Best 18650 Batteries for Weed Vaporizers?

Most vape mod users tend to prefer batteries with a high CDR, as this will affect how fast the coil heats up. Cannabis vaporizers, on the other hand, are more compatible with a battery that heats up a bit slower, as this gives the user more precise control over the temperature. Different parts of the cannabis plant are activated at specific temperatures, so having an 18650 battery that offers more temperature control is more important than finding one that quickly heats the coil up.

“As far as the battery is concerned, we use a 10 amp battery, which doesn’t have as quick as a discharge, however it’s more controllable,” Ludwig said. “With our vaporizers specifically, we really focus on moderating that temperature to give the user a really tailored and custom experience.”

Ludwig recommends that DaVinci users utilize the 18650 battery that comes with the device, as it has been specifically selected to optimize the vaporizer’s performance. The vape manufacturer tested 30 to 40 batteries until finding that the Sanyo NCR18650GA provided the best user experience.

“They can put their own battery in there, but we always recommend they use the batteries we provide,” she explained. “Just because a battery manufacturer will put 10 amp, 2500 mAh on the outside of that battery doesn’t make it true.”

If you do decide to venture outside of the manufacturer’s recommendation, don’t blindly settle for the cheapest option. There is a real possibility of coming across a counterfeit 18650 battery, as rewrapped knockoffs can be hard to identify. It’s important to research and find reputable resellers that have legitimate 18650 batteries to create the safest and most effective vape experience. Counterfeits may make false claims about the specifications of the battery and not follow regulations, and could even potentially explode.

For those who want to experiment with other 18650 batteries, look for reputable sellers, such as the 18650 Battery Store, to guarantee that you receive authentic batteries. To figure out whether a battery is counterfeit or not, cross-reference the battery with the manufacturer’s specifications, checking various aspects like the weight of the battery and production date listed on the wrapper to match what the manufacturer lists.