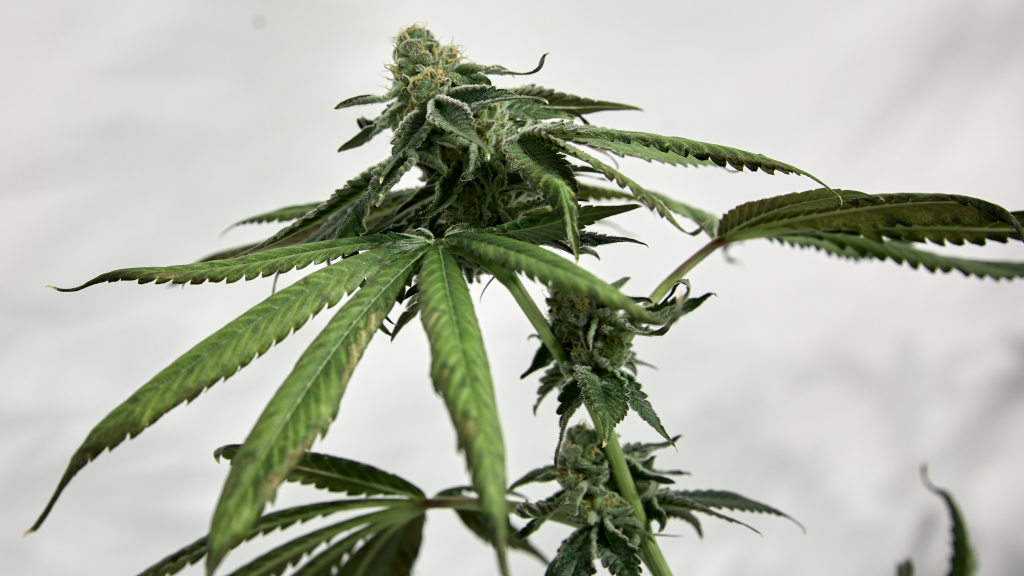 Complex as cannabis may be, with more than 100 cannabinoids identified to date, most of the attention is usually placed on two particular compounds: THC and cannabidiol (CBD). These are arguably the most influential components to the consumption experience, but there’s more to the plant and its effects than meets the average cannabis enthusiast’s glossy, red eyes.

Many cannabis consumers know the basics of THC and CBD, but some may not be aware of other critical components of the plant. Since the dawn of cannabis research, studies have found that cannabis is most effective when the cannabinoids are consumed together, creating what has been termed as the entourage effect. Thus, in order to fully understand the potential benefits of cannabis, it’s important to learn about the lesser-known cannabinoids that are also interacting with your body.

Before CBD can be bottled up and sold for its therapeutic benefits, when it is still freshly embedded on trichomes of raw and uncured cannabis, it exists in the form of cannabidiolic acid (CBDA). This non-intoxicating cannabinoid is converted into CBD through a process called decarboxylation, a chemical reaction that transpires when a cannabinoid is exposed to heat or light, removing a carboxyl group and amplifying the compound’s interaction with the body’s receptors.

Similar to CBD, you can find CBDA in tinctures, topicals, capsules, or even consume it by juicing raw cannabis. While research into the health benefits of CBD continues to mount, there’s also evidence that CBDA has potential as an anti-inflammatory, anticonvulsant, anti-emetic (stops nausea and vomiting), and analgesic.

A study from September 2008 found that CBDA interacts with the endocannabinoid system (ECS) to inhibit the COX-2 enzyme, which causes inflammation. The researchers determined that CBDA was more efficient at blocking this enzyme than THC, and that “carboxylic acid moiety,” which is the ‘A’ in CBDA, plays an important role in restraining COX-2.

One 2012 study based out of Hokuriku University examined CBDA for its ability to halt the cellular migration of highly aggressive human breast cancer cells. On the contrary, the effectiveness of CBDA in treating breast cancer has been contested, as a Journal of Pharmacology and Experimental Therapeutics study from 2006 suggests that CBD is more potent at battling breast cancer, compared with its raw form of CBDA. There’s more awareness about the perceived therapeutic benefits that THC and CBD have to offer, but cannabichromene (CBC) might be the more important cannabinoids you never knew existed. CBC is a non-intoxicating cannabinoid produced in the glandular trichomes of the cannabis plant. It binds to one of the body’s cation channel proteins (TRPA1), which is less known than the more popular CB1 and CB2 receptors.

CBC has shown promise in addressing a variety of medical conditions, including pain, inflammation, cancer, depression, even acne. One study, published in 2011 in the British Journal of Pharmacology, found that this cannabinoid blocks pain processing in the brain in a way that is very similar to opioids and THC. A 2010 study published in the Elsevier journal Drug and Alcohol Dependence also demonstrated that anti-inflammatory responses in mice were enhanced when CBC was combined with THC, an example of the entourage effect in action.

In a 2016 study involving mice, CBC, along with CBDV and THCV, showed potential as a highly effective treatment for acne. Lastly, in a 2010 study in Elsevier-published Pharmacology, Biochemistry, and Behavior focused on the antidepressant properties of cannabis, researchers discovered that the combination of CBC, CBD, and THC, once again generating the entourage effect, delivered the most effective treatment for depression. When THC is exposed to heat or natural elements for a prolonged period of time, it will eventually break down into cannabinol (CBN), a mysterious cannabinoid that is rumored to offer sedative effects. Known as a “degradation” of THC, the presence of CBN can be accelerated when dried cannabis is exposed to oxygen and heat. It’s considered to be mildly intoxicating, but research suggests that it’s only one-fourth as potent as THC.

Despite being a relatively unknown cannabinoid that many find less desirable than THC, CBN has shown potential as a treatment for sleep disorders, pain relief, and inflammation, among other medical benefits. In an analysis shared by Steep Hill Labs in 2017, researchers found that a 2.5-to-5 milligram dose of CBN was as effective as a 5-to-10 milligram dose of the pharmaceutical sedative diazepam. It’s important to note, however, that this study was not published in a peer-reviewed journal and, moreover, there is sparse research on the potential of CBN as a sleep aid. It’s possible that the sedative properties of aged cannabis may come from terpenes with low molecular weight, which tend to remain on cannabis for long periods of time, rather than the amount of CBN that strain has developed over time.

In cellular models of disease, CBN has also demonstrated antibacterial properties. One 2008 study conducted in Italy found that methicillin-resistant staph infections (MRSA) could be thwarted by CBN.

While freshly dried cannabis won’t contain very much CBN, the contents of this cannabinoid will increase as your cannabis ages over time. Considered as a chemical precursor to THC and CBD, a non-psychoactive cannabinoid called cannabigerol (CBG) plays a significant role in the biochemistry of the cannabis plant. During the six to eight-week flowering cycle, enzymes known as synthases convert cannabigerolic acid (CBGA) into THCA, the unactivated form of THC, and CBDA, the unactivated form of CBD. Once the flowering stage is complete, there are only trace amounts of CBG leftover in the plant, but that doesn’t mean that the mother of all cannabinoids has nothing else to offer.

Known as the building block for other cannabinoids, there are also a variety of studies that highlight the potential health benefits of CBG. Like THC and CBD, this cannabinoid interacts with the CB1 and CB2 receptors, potentially acting as an inhibitor of THC’s psychoactive effects. It has also demonstrated an innate ability to increase anandamide, which in turn could help support homeostatic processes like mood, sleep, and appetite.

The medicinal value of CBG has been studied for decades. In a 1990 study that attempted to lower intraocular pressure in the eyes of cats, researchers found that CBG had potentially therapeutic value for the treatment of glaucoma. More recently, a 2014 study found that CBG hampered the progression of colon cancer in animals, suggesting this cannabinoid could also potentially offer an effective treatment for cancer patients. Other findings suggest the CBG also functions as an appetite stimulant and contains neuroprotective properties that could demonstrate therapeutic value for brain-related conditions such as Huntington’s disease. Although it shares a similar molecular structure to THC, tetrahydrocannabivarin (THCV) acts very differently than its more well-known counterpart. It’s a non-intoxicating cannabinoid molecule that interacts with the CB1 and CB2 receptors in the ECS, although more research is needed: Its effects in cell culture models are very different than its effects in living organisms.

At lower doses, research shows that THCV appears to act as an antagonist against THC, inhibiting the psychoactive effects, according to a 2015 study published by Sage’s Journal of Psychopharmacology. However, at higher doses, the effects of THCV become more akin to THC.

While the scientific community continues to examine the potential benefits of THCV, researchers are starting to gain a better understanding of this elusive cannabinoid. Similar to the other lesser known cannabinoids we’ve discussed in this article, recent research has put THCV under the microscope and unearthed some incredible therapeutic benefits.

For instance, a 2016 study in Diabetes Care, which examined the effects of CBD and THCV on patients with type 2 diabetes, found that THCV could represent a viable therapeutic agent in glycemic control. In a 2015 study in the British Journal of Pharmacology examining the antipsychotic effects of THCV in rats, researchers found that this cannabinoid showed potential as a treatment for symptoms of schizophrenia. Another study, conducted in 2011 on mice, discovered that the antioxidant properties of THCV could alleviate symptoms and delay neurodegeneration in Parkinson’s disease. THCV has also been researched for its anti-epileptiic properties, suggesting that it could also be used to reduce seizures for epileptic patients.

Even in states with medical and recreational legalization, finding THCV-rich cannabis can be a difficult experience, as most strains only contain undetectable amounts of THCV. Varieties of African origin, such as Durban Poison, tend to have the most abundance of THCV.

How Nebraska Lawmakers’ Efforts to Stop Medical Marijuana May Backfire

Elizabeth Warren Might Have the Best Marijuana Legalization Plan Yet.