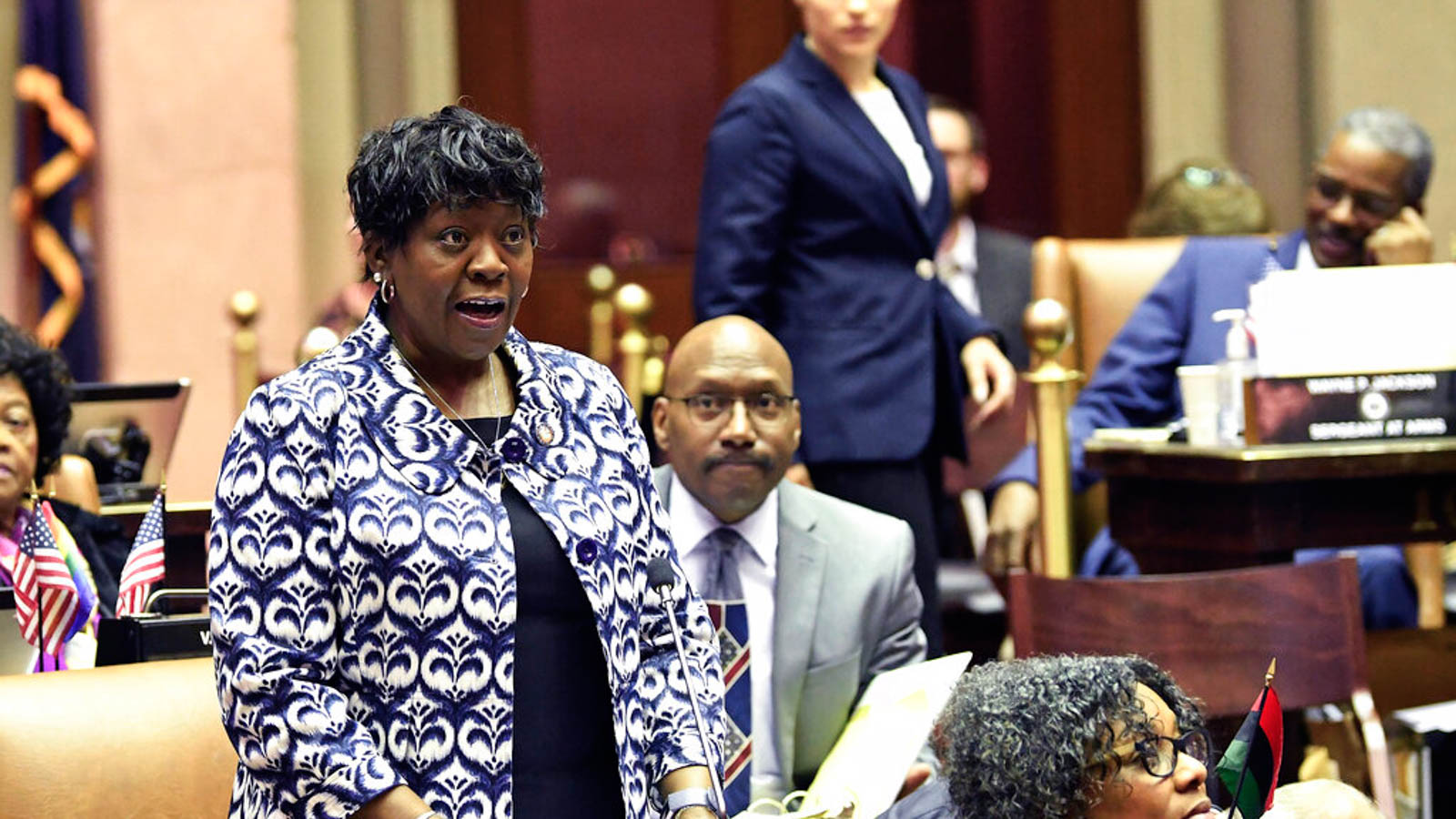 Advocates for legalizing marijuana have long argued it would strike a blow for social justice after a decades-long drug war that disproportionately targeted people of color and low-income communities.

But social equity has been both a sticking point and selling point this year in New York and New Jersey, among other states weighing whether to join the 10 that allow adult-use marijuana.

Complicating the law-making process, sometimes even among supporters, are questions about how best to erase marijuana convictions and ensure that people who were arrested for cannabis benefit from legal marijuana markets.

“We’re at the stage of marijuana reform 2.0,” said Douglas Berman, a law professor at Ohio State University in Columbus who follows marijuana policy. He said the conversation has shifted from just being about legalization to “which track should we make sure we head down?”

Questions about conviction-clearing and other issues contributed to delaying legislative votes on legalizing recreational marijuana that had been expected earlier in spring 2019 in New York and New Jersey. The states’ Democratic governors and legislative leaders support legalization but confronted differences even within their own party.

“Social justice is what’s going to propel us, not what’s going to hold us back,” said Kassandra Frederique, the New York director for the pro-legalization Drug Policy Alliance (DPA).

Federal data show similar percentages of white and black people use marijuana. But the arrest rate for blacks is higher, according to reports by the American Civil Liberties Union (ACLU) and others.

Legalization of recreational pot in 10 states and Washington, D.C., and medical marijuana in two-thirds of the states, hasn’t eliminated the gaps. In Colorado, for instance, a state report found arrests were fewer but the rate remained higher among blacks five years after a 2012 vote for legalization.

Meanwhile, the emerging marijuana industry is very white, according to the limited data available.

Another industry group, the Cannabis Trade Federation, announced in late May 2019 plans to craft a diversity and equity policy in conjunction with national NAACP officials and other civil-rights advocates.

Some would-be minority entrepreneurs have been caught in a cannabis Catch-22, unable to work in a legal cannabis business because of a past conviction. Others struggle to raise start-up money in an expensive industry that banks are leery about entering because of the federal government’s prohibition on pot.

“We’re not going to have much time to make a space in the market for ourselves,” said Jason Ortiz, vice president of the Minority Cannabis Business Association.

Marijuana got Ortiz arrested as a teenager, but now he hopes to start a business if recreational pot becomes legal in Connecticut, where he lives. Lawmakers broached adult-use legalization in the state when the General Assembly’s Judiciary Committee narrowly passed a bill in April 2019.

Some states and cities have started post-legalization initiatives to expunge criminal records and open doors in the cannabis business for people with pot convictions. California, for instance, passed a sweeping expungement law in 2018 affecting hundreds of thousands of drug offenders. Code for America, a technology-focused civic advocacy group, teamed up with San Francisco and Los Angeles and San Joaquin counties to expedite the process.

Democratic New Jersey Sen. Cory Booker has proposed a national legalization measure that includes expungements and a community reinvestment fund, and several of his fellow Democratic senators and 2020 presidential primary contenders have signed on.

Some veterans of early state legalization campaigns have reckoned with their limitations.

“We were overly cautious at the time, looking back,” said Art Way, the DPA’s director in Colorado. “But it didn’t feel that way” when legalizing marijuana and ending many arrests were unprecedented goals in themselves.

He’s been fighting to make Colorado’s cannabis industry more accessible to people with drug convictions and entrepreneurs of modest means.

Opponents, too, are looking at how legalization has played out. They say it shows authorizing pot is no way to help minorities.

“The social justice issue is a big front” for states and big business to make money off marijuana, said New Jersey Legislative Black Caucus Chairman Ronald Rice, a Democratic senator and former police officer. He supports ending criminal penalties for marijuana but not legalizing recreational use.

“I know what social justice looks like,” Rice said. “I also know when people are being used.”

He doesn’t foresee pot shops enhancing neighborhoods where drugs have been a wellspring of problems. And he’s skeptical that, even with special incentives, residents would reap the profits in an industry already infused with big money.

“It will not end racism. But it is a crucial step in the right direction,” Peoples-Stokes wrote in Newsweek.

As an aspiring marijuana businessman in New York, Andrew Farrior is following the legalization debate and its talk of social equity.

Farrior, who is black, is intrigued by the possibility of incentives for entrepreneurs like him but not confident such plans would translate into action. Meanwhile, he and co-founder Ethan Jackson are plowing ahead with plans to launch Greenbox.NYC as a subscription and delivery business for hemp and other legal cannabis-related products.

“We’re ready to take what the market gives us,” Farrior said.

Feature image: Democratic Assembly Majority Leader Crystal Peoples-Stokes, shown speaking during a March 31, 2019, in the New York state Capitol in Albany, has been a champion of making marijuana business licenses available to communities of color and low-income areas, both of which bore the brunt of drug law enforcement. (Associated Press file photo/Hans Pennink)

Tommy Chong Jokes About the Time the DEA Busted Him

Where to Buy Weed in Denver