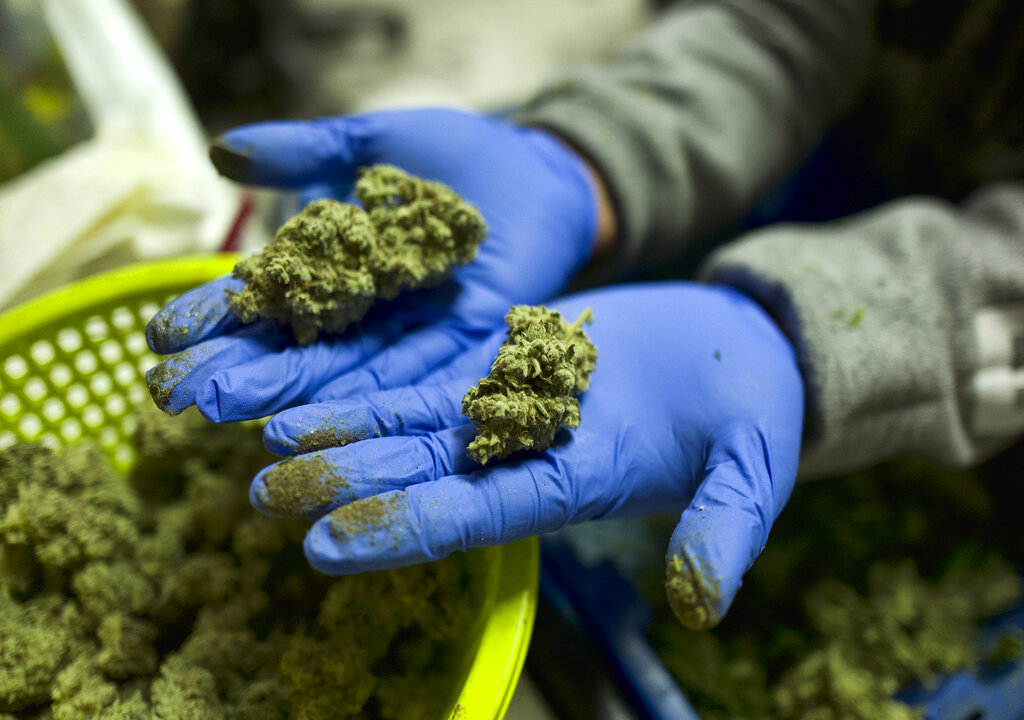 When California voters broadly legalized marijuana, they were promised that a vast computer platform would closely monitor products moving through the new market. But 16 months after sales kicked in, the system known as track-and-trace isn’t doing much of either.

As of April 2019, just nine retail outlets were entering data into the network established under an estimated $60 million state contract, even though 627 shops are licensed to sell marijuana in California.

The rate of participation is similarly slim for other sectors in the emerging industry, which has underperformed due to high tax rates and cumbersome licensing rules.

Only 93 of more than 1,000 licensed manufacturing companies producing extracts, oils, and other products were documenting their activities in the network in April 2019. And of the nearly 4,000 licensed growers, only about 7%, or 254, are using the high-tech system, according to a review of state data.

How are state officials watching over the nation’s largest legal marijuana market? For now, it’s essentially a paper trail.

Most California companies are required to document their business on paper sales invoices and shipping manifests. But experts say that can be a doorway for criminal traffic.

With paper records, regulators are relying on an honor system, said Patrick Vo, CEO of BioTrackTHC, which provides seed-to-sale cannabis tracking in eight states, including New York and Illinois.

Without a digital crumb trail in place, “there are so many areas where things can go wrong,” Vo said. “Things can be intentionally altered.”

Track-and-trace sometimes is referred to as seed-to-sale to reflect the goal of tracking marijuana plants every step, from the time they are planted until products are purchased by consumers. The goal is to keep illegal cannabis from store shelves while making sure legally produced products don’t drift into the underground market.

According to state law, the tracking system is required to provide “data points for the different stages of commercial activity, including, but not limited to, cultivation, harvest, processing, distribution, inventory, and sale.” It’s also intended to help the state keep track of taxes.

But for now, California’s electronic monitoring system is seeing just fragments of the legal market — not the rigorous seed-to-sale oversight envisioned when voters approved Proposition 64, the law that opened the way for broad legal sales.

Alex Traverso, a spokesperson for the state Bureau of Cannabis Control, said the agency was unaware of any enforcement cases triggered by fraudulent or altered paper records. To date, it has received more than 50,000 manifests.

According to the state, the California tracking network created by Florida-based Franwell Inc. has been functional since Jan. 2, 2018, the day after broad legal sales began.

So why are so few licensees using it? In short, time and bureaucracy.

It goes back to state regulators’ decision to first issue only temporary cannabis licenses, as California faced a tight legal deadline to begin sales on Jan. 1, 2018.

It wasn’t possible to train thousands of temporary license holders to use the tracking system “without causing significant disruption” to the new, regulated marijuana market, said Rebecca Foree, spokeswoman for the state Department of Food and Agriculture.

Instead, the state decided only annual license holders would use the track-and-trace system. But the first annual license wasn’t issued until November 2018, and only a relatively small number have been issued since.

Meanwhile, scores of temporary licenses have expired, leaving companies in a kind of legal limbo, technically unable to do business in the state market.

Even when the tracking system comes into widespread use, it will provide only a partial look into statewide growing and sales since California’s unlicensed weed industry continues to thrive.

Other states also have had problems instituting their seed-to-sale systems.

New tracking software in Washington was delayed in 2017 after regulators switched vendors. Last year, a Franwell-designed system temporarily bogged down in Maryland, in some cases preventing sales after a new feature was added. Pennsylvania’s software has caused problems for cultivators trying to record shipments.

Charlie Wilson, the company’s chief revenue officer, said the slow rollout could be attributed in part to the daunting size of the job.

With the coming of legal sales in 2018, California began attempting to transform its long-standing illegal and medicinal marijuana markets into a unified, multibillion-dollar industry. Several agencies are involved in licensing and regulation.

For an industry that operated for decades with scant regulation, it’s a big transition.

“It’s not just tracking an edible brownie — but the specific plant that went into the creation of that brownie,” Wilson said.

Even for the relatively small number of California companies that are using the tracking system, it provides less than blanket coverage. Take the case of Moxie, which holds an annual license for manufacturing.

When the marijuana-extract company produces a fresh batch at its plant just outside of Los Angeles, vice president Josh Haddox opens his laptop and types details about the product into the track-and-trace database.

Once it’s in the platform, regulators can eyeball the same information.

But when the time comes to send a sample of extract to a testing company to check for purity and potency, it drops out of the state computer system. That’s because Moxie, a brand of parent Pure CA, holds only a temporary license for its distribution arm and so doesn’t have access to the system.

Haddox likes the system and is eager to see it in wide use. But with the piecemeal practices now in place, the state “has no way to tell how many products (a company) made or where it’s going,” he said.

With the explosion of cannabis sales, seed-to-sale tracking has emerged as a fiercely competitive business, with rival companies battling over lucrative government contracts.

In 2015, lawyers for Franwell, which has a two-year contract with California, said BioTrackTHC was using misleading publicity material and other tactics to undercut its business, claims denied by the rival company. BioTrackTHC 2019 in April filed a protest to void Missouri regulators’ decision to award a medical cannabis licensing and seed-to-sale tracking contract to Franwell.

“Track-and-trace was definitely supposed to be one of those tools to define who is operating in the legal market and who is not,” said Josh Drayton of the California Cannabis Industry Association (CCIA_. “We clearly are not getting the results we were hoping for.”

Feature image: A cannabis worker displays freshly trimmed buds at a grow in Gardena, California, near Los Angeles. California’s large but struggling legal marijuana market must also contend with a software system meant to track every aspect of the cannabis supply chain but is only used by a few licensed businesses. (Associated Press file photo/Richard Vogel)

What to Stream on Netflix, HBO, and Amazon This July While Lit

8 Trippy Videos to Watch During Your Next Sesh

Let’s take a look at the Dank Sixteen