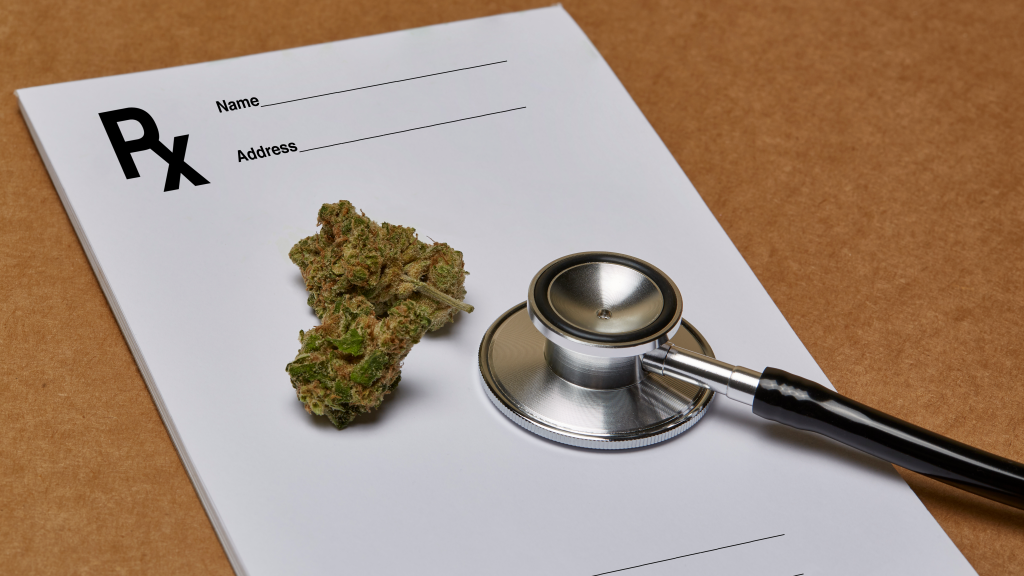 Researchers at the University of California, San Diego School of Medicine used population-based data survey to track marijuana and opioid use among 19,604 adult respondents with and without cancer from 2005 and 2014. The study, published in the American Cancer Society’s magazine Cancer on April 22, 2019, also found that cannabis consumption rates among the general U.S. population had risen over time while opioid use remained stable.

The number of cancer patients who reported using marijuana increased by 118% between 2005 and 2014. During that same time period, there was only a 12.5% increase in cannabis use among respondents without cancer.

The study also noted that 40% of cancer patients used marijuana or cannabis-based products between 2018 and 2019, as compared to 38% of respondents without cancer.

“The way we did this study is we wanted to make sure we were matching the cancer population with the non-cancer population,” said Dr. Jona Hattangasi-Gluth, lead investigator on the study and Associate Professor of Radiation Medicine and Applied Sciences at UC San Diego Health.

“This way you really get a better sense of what the true difference is. I was really surprised at how high marijuana use was even in the respondents who don’t have cancer,” Hattangasi-Gluth added.

One important aspect of the study is that cannabis usage among all respondents was self-reported.

“We wanted to look at which data sets contain cancer as a variable and which contain marijuana use,” Hattangasi-Gluth said. “The best way to get this data is really when marijuana is self-reported, rather than us having to explore this from the medical records.”

This isn’t the only research to suggest that cancer patients have found therapeutic value in cannabis use. Self-reporting and discussing marijuana use for cancer patients is on the rise according to a July 2018 study published in the Journal of Clinical Oncology. Out of the 400 oncologists surveyed in November 2016, 80% said they’d discussed medical cannabis with their patients and 46% recommended it to some of their patients. While 67% of the oncologists viewed medical marijuana as a helpful addition to standard pain management strategies, 75% of them didn’t feel equipped to make recommendations.

Hattangasi-Gluth and Dr. Kathryn Ries Tringale, radiation oncologist, first author, and medical student in Hattangasi-Gluth’s lab, both see the study as a step toward a potential solution to the country’s opioid crisis by exploring marijuana as an alternative to narcotics for long-term pain relief.

“Medical marijuana legalization has previously been associated with a reduction in hospitalizations related to opioid dependence or abuse, suggesting that if patients are in fact substituting marijuana for opioids, this may introduce an opportunity for reducing opioid-related morbidity and mortality,” Hattangasi-Gluth said in a press release about the study’s findings.

In addition to treating chronic and cancer-related pain, a recent review of studies by the National Academies of Science Engineering and Medicine bolstered the growing body of research indicating that cannabis is also effective for treating chemotherapy-induced nausea and vomiting.

Despite the obstacle of cannabis being federally classified as a Schedule I controlled substance, Hattangasi-Gluth, Tringale, and their UC San Diego team believe marijuana research should go through with the same academic rigor as any other drug.

“The way that we would want to explore marijuana use and what the benefit would be in cancer-specific pain would be by maintaining the same quality of clinical trials and prospective trials that we use for any other drug,” Hattangasi-Gluth said.

Dr. Ted Gansler, Strategic Director for Pathology Research of the American Cancer Society (ACS), said the organization is currently reviewing its policies regarding medical use of cannabis in people living with cancer.

“One contribution of the [UC San Diego] study is confirming how common marijuana use among cancer survivors and the general population is, supporting the long term need for more clinical research as well as a short term need for expert advice regarding possible benefits and side effects for people facing cancer,” Gansler wrote to Weedmaps News in an email.

While further research is necessary to understand the full effects of cannabis on cancer patients, there’s no lack of anecdotal evidence to draw from.

“After several days of ice packs on my face, loads of aspirin then finally an MRI, I learned that I had a brain tumor,” Irigaray said. “I was so shocked. I thought the headaches were from the implant.”

She started using cannabis oil extracts before, during, and after radiation treatment, finding immense therapeutic value that continues to play a positive role in her life.

“It eased the pain, helped me sleep and, more importantly, kept me calm throughout the worst time of my life,” Irigaray said. “I doubt I will ever stop consuming cannabis.”

Even more notable names are coming out in support of using medical cannabis to treat the negative effects of cancer. Veteran NBC news correspondent Tom Brokaw told the website SurvivorNet on March 26, 2019, that he was also using medical marijuana to treat back pain related to his diagnosis of multiple myeloma, a form of blood cancer that causes bone and spinal pain, among other symptoms.

5 Strains to Smoke While Rewatching ‘Game of Thrones’