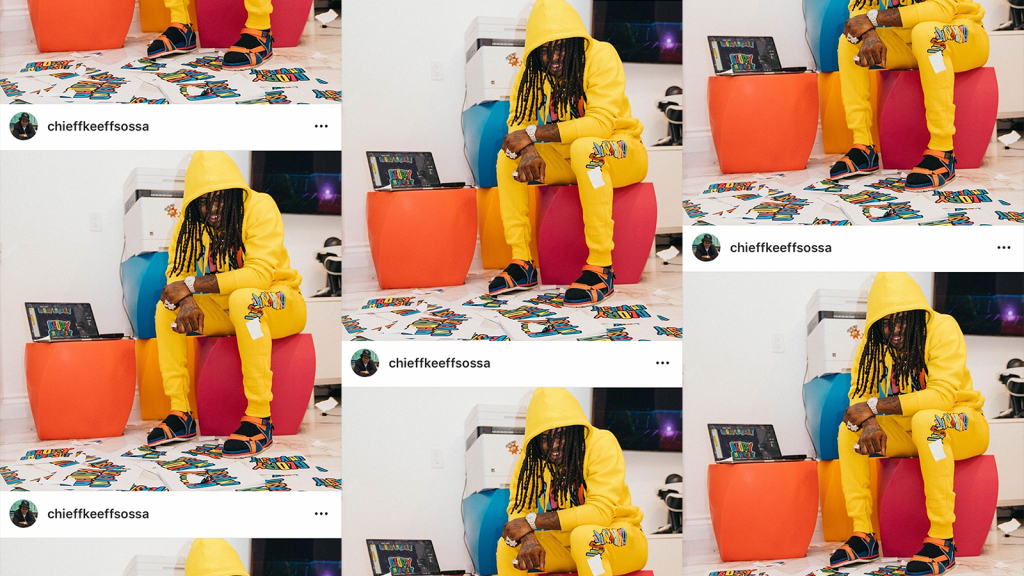 A judge said rapper Chief Keef, who was arrested in Sioux Falls, South Dakota, in 2017 after marijuana edibles were found in his carry-on bag, can avoid jail time if he stays out of further legal trouble.

Chief Keef, whose legal name is Keith Cozart, pleaded no contest April 26, 2019, to possession of a controlled substance. The plea wasn’t an admission of guilt but is being treated as such for sentencing purposes.

Judge Jon Sogn gave Chief Keef a suspended imposition of sentence, which means that no conviction will be entered if he keeps a clean record for one year. Other charges, including possession of marijuana, were dismissed.

The rapper performed in Sioux Falls in June 2017 and was leaving when airport security found the edibles.

Chief Keef, a 23-year-old Chicago native, lives in Los Angeles. The rapper received clout in the local underground scene after releasing popular mixtapes on the “drill” subgenre. Keef gained even more cult popularity among high school kids after recording vlogs on Youtube from home confinement following an arrest for unlawful use of a weapon.

The rapper shot into the spotlight in 2012 after fellow Chicagoan Kanye West remixed his single “I Don’t Like.” His first album, “Finally Rich,” featured guest spots from Wiz Khalifa, Rick Ross, Young Jeezy, and 50 Cent. Keef rapped on the track “Nobody” on Kanye’s fifth album, “Yeezus.”

Keef said on Twitter that he was retiring from rap in 2016. In his songs “Ganja”, “Handles”, “Sneeze”, “I Just Wanna”, and more, Keef sings weed’s praise with lyrics, “All I wanna, get money and smoke marijuana/ All I wanna, smoke some weed and get some commas.”

Blue vs. Red State Divide over Legalizing Marijuana Has Shades of Gray

7 High-CBD Cannabis Strains You Should Know About