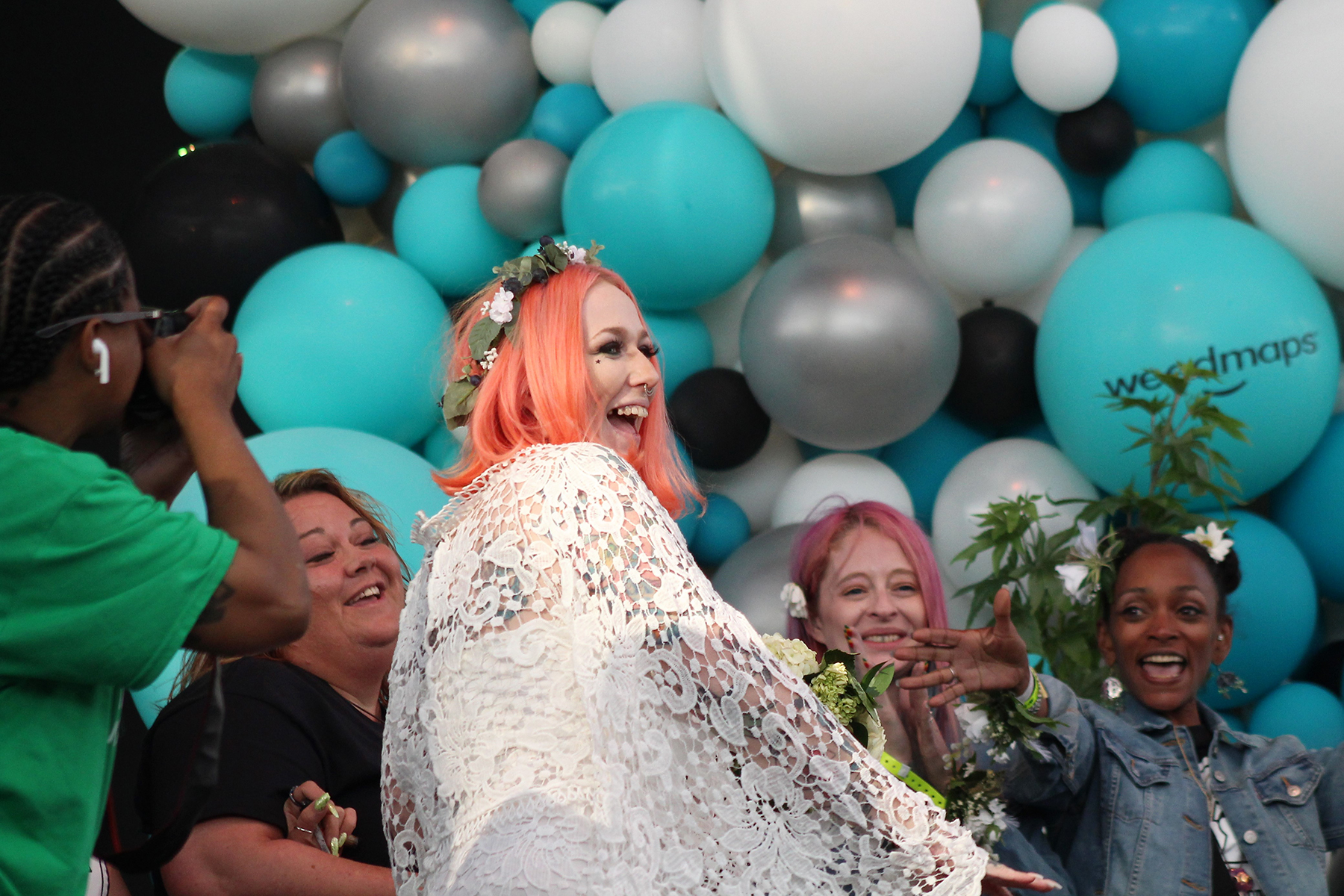 We hope your 4/20 holiday was as great as it looked on Instagram.

The special day in cannabis culture included weed weddings, a historic turnout at the National Cannabis Fest in Washington, D.C., golden Easter egg hunts, Netflix television premieres and the first 4/20 medical sales in new markets — it was a busy weekend no matter where you were. Easter bunny and Snoop Dogg jokes were plentiful.

If you were one of four scavenger hunt winners to find 710 Labs‘ giant golden Easter Egg filled with $200 of concentrate, you are lucky enough. The golden eggs were stashed in Los Angeles, San Diego, Denver, and San Francisco — and a series of four clues led cannabis consumers to their hidden locales in each city. It’s like Willy Wonka, except this golden egg is one you’re allowed to keep.

Ben and Jerry’s Ice Cream has long advocated for social justice, and sold ice cream flavors — Hazed and Confused, Half Baked, Cherry Garcia — that have nodded to stoner culture. On 4/20, the ice cream company did both when launched a “woke” ad campaign that says, “It’s high time we talk about cannabis justice.”

Ben & Jerry’s global head of integrated marketing, Jay Curley, told The Associated Press: “We’re actually using this as an opportunity not to tell a stoner joke like we have in the past, but to raise what we see as a much more serious issue around justice.”

The company cast a wide net for its followers to sign the “Color Of Change” campaign, with an ultimate goal of asking Congress to expunge cannabis convictions countrywide. The campaign has more than 33,000 signatures.

On stage at the National Cannabis Fest, one lucky couple celebrated their Ultimate Weed Wedding before Ludacris took the stage. They weren’t the only 4/20 nuptials: couples exchanged vows at the High Times Cannabis Cup in Central Valley, and even in a dispensary storefront.

Cannabis hero Seth Rogen also took a social justice stand this high holiday. The comedian and actor wrote on Instagram: “I’d like to bring awareness to some of the injustices that revolve around cannabis in Canada. Canadians deserve freedom, not forgiveness. The Campaign for Cannabis Amnesty is asking for your help to put pressure on the Canadian government to amend Bill C-93 so that it provides for the expungement of criminal records and not merely their suspension.”

The Cannabis Amnesty campaign says that more than a half-million Canadians have criminal records relating to marijuana possession.

If you weren’t in Washington, D.C., for the National Cannabis Fest, chances are you have serious FOMO. Headliners included beloved weed rappers Ludacris, Action Bronson, and DJ Biz Markie. The musical acts were joined by the Munchie Zone, Exhibitor Fair with glass blowing and advocacy booths set up. (Disclosure: Weedmaps was a National Cannabis Festival sponsor).

A single Carl’s Jr. restaurant in Denver served a CBD cheeseburger called the Rocky Mountain High Burger on 4/20. The company said they sold out just before 4 p.m. with a line of about 30 people when doors opened, and about 10 cars deep in the drive-thru all day long.

The company sold a limited release of 1,000 burgers for $4.20, limited to two per person. Among the first people in line were a few men who drove 850 miles, or 1,368 kilometers, from St. Louis. The first customer even received a T-shirt that says “I was there and I inhaled it.”

Fab 5 Freddy‘s directorial debut, “Grass is Greener,” is now on Netflix, and the documentary’s premiere screening kicked off with a private party in Los Angeles. The film examines America’s complex relationship with cannabis, with commentary from Darryl “DMC” McDaniels, B Real, Snoop Dogg, Damian Marley, and more. The wide range of influential cannabis figures speak on weed’s amazing influence on culture and music, juxtaposed simultaneously with the criminalization of black and Latino communities.

How Can Marijuana’s Pain-Relieving Benefits Help People With Arthritis?