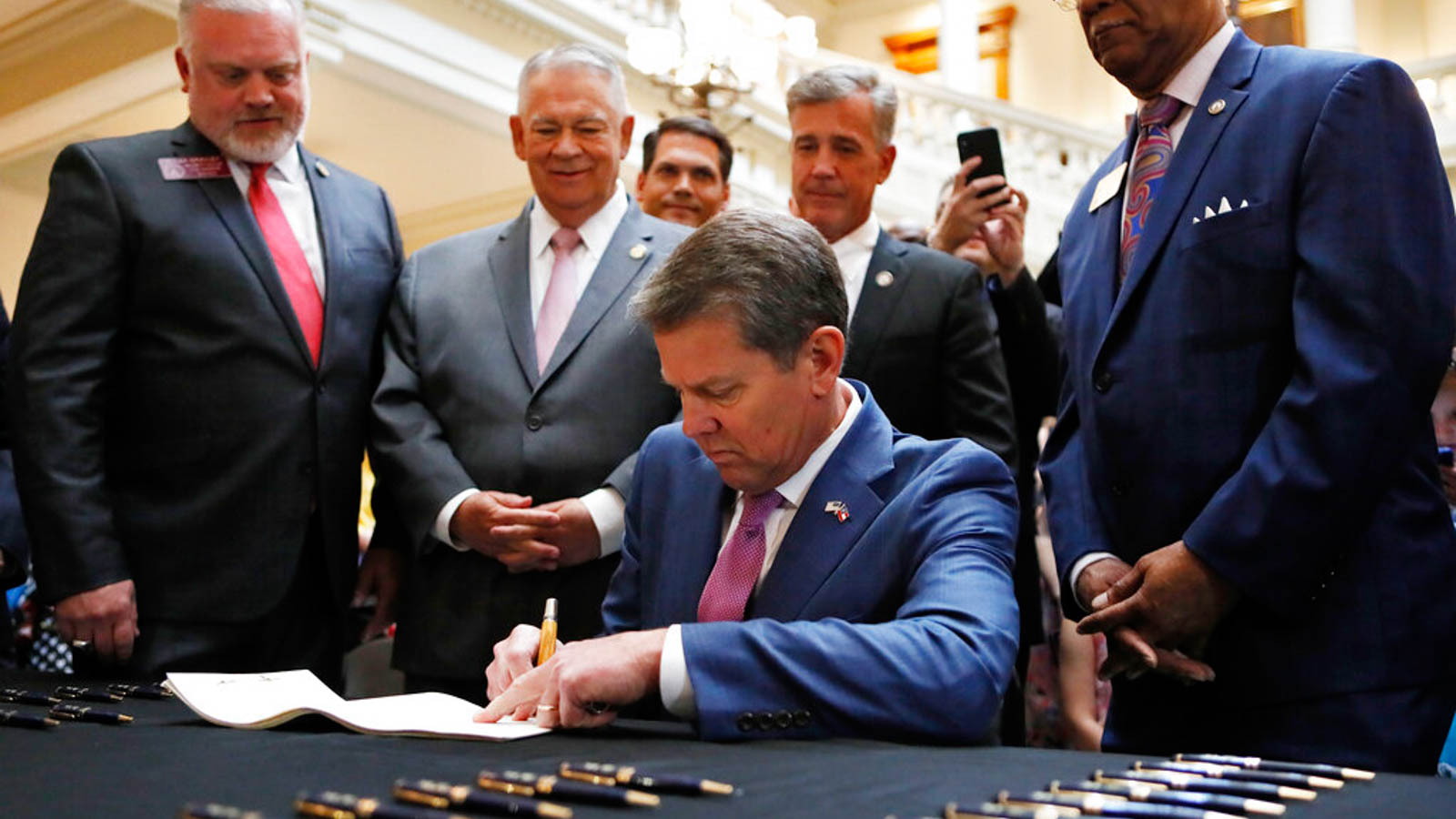 Some Georgia patients will soon be allowed to legally buy the marijuana they are already allowed to possess.

Because of a legal quirk, patients and families have regularly broken the law to obtain low-potency medical marijuana oil.

Republican Gov. Brian Kemp on April 17, 2019, signed a bill that would fix that problem, calling the new law a “carefully crafted, balanced” measure that would expand access for patients in need without opening the door to recreational drug use.

“Instead of crossing state lines, breaking numerous laws in the process, these families can now stay in our great state,” Kemp said. “We are ensuring that these families can purchase what works for their loved ones without creating a slippery slope.”

The legislation allows the in-state production and sale of the marijuana oil and closes a loophole in a 2015 law that banned growing, buying, and selling the drug but allowed certain patients to possess it.

Current Georgia law allows people with 16 specific conditions to possess cannabis oil with less than 5% THC. The conditions are:.

It grants up to six growing licenses to private companies — two for larger organizations and four for smaller organizations. It also gives pharmacies priority for distributing the drug, but allows a state commission to seek out independent retail locations if it determines there is a need. The commission can also attempt to legally obtain the oil from other states. Two universities will be allowed to seek federal approval to research and produce the oil.

The Republican-controlled legislature approved the measure despite objection from many Georgia sheriffs, who “absolutely do not support” allowing so many private producers to grow marijuana to produce the oil, said Terry Norris, executive director of the Georgia Sheriff’s Association.

“This bill is a decisive step toward recreational marijuana whether our leadership at the state level agrees or not,” Norris said, adding that he’s concerned about low regulation and overproduction of cannabis. Norris said he hopes the state commission overseeing the production and distribution of the oil will be vigilant about these issues.

Republican Rep. Micah Gravley, the bill’s author, has repeatedly denied his bill will lead to the legalization of recreational marijuana.

Thirty-three states already have comprehensive medical marijuana programs, according to the National Conference of State Legislatures. Georgia is among at least 12 other states that allow patients to possess a lower-potency form of the drug.

“Overall, it’s a step forward. History has been made in Georgia,” said Corey Lowe, who has been using the oil to contain her teenage daughter’s seizures since 2014.

“A lot of people said it’s the Bible Belt, we’re in the South. Everything was against us,” said Lowe. She added: “I just thought that it wouldn’t be in my lifetime.”

Shannon Cloud came to the Capitol in Atlanta several times this session to advocate for the proposal. She arrived at the bill signing with her 13-year-old daughter, who her mother said suffers from seizures as a result of Dravet syndrome, a rare lifelong form of epilepsy that has also impaired her mental development.

Cloud said in a recent interview that she and other parents are satisfied with the measure and relieved to know they will have access to the drug.

There are currently about 8,400 people signed up on the program’s registry for a low-THC 0il Registry Card.

“I think those numbers will jump up pretty quickly and more people will get help,” Cloud said. “A lot of people haven’t bothered to get the card because they don’t have a way to get (cannabis).”

Featured Image: Republican Gov. Brian Kemp on April 17, 2019, signs HB 324, a bill that will permit production and sale of marijuana oil with less than 5% THC content in Georgia. HB 324 closes a loophole in Georgia law that allowed residents to possess the oil but prohibited production within the state. (Atlanta Journal-Constitution via The Associated Press/Bob Andres)

System of a Down’s Shavo Odadjian Has a New Hit: A Weed Business

Cannabis Helped About Half of Patients Off Anxiety Meds, Study Reports