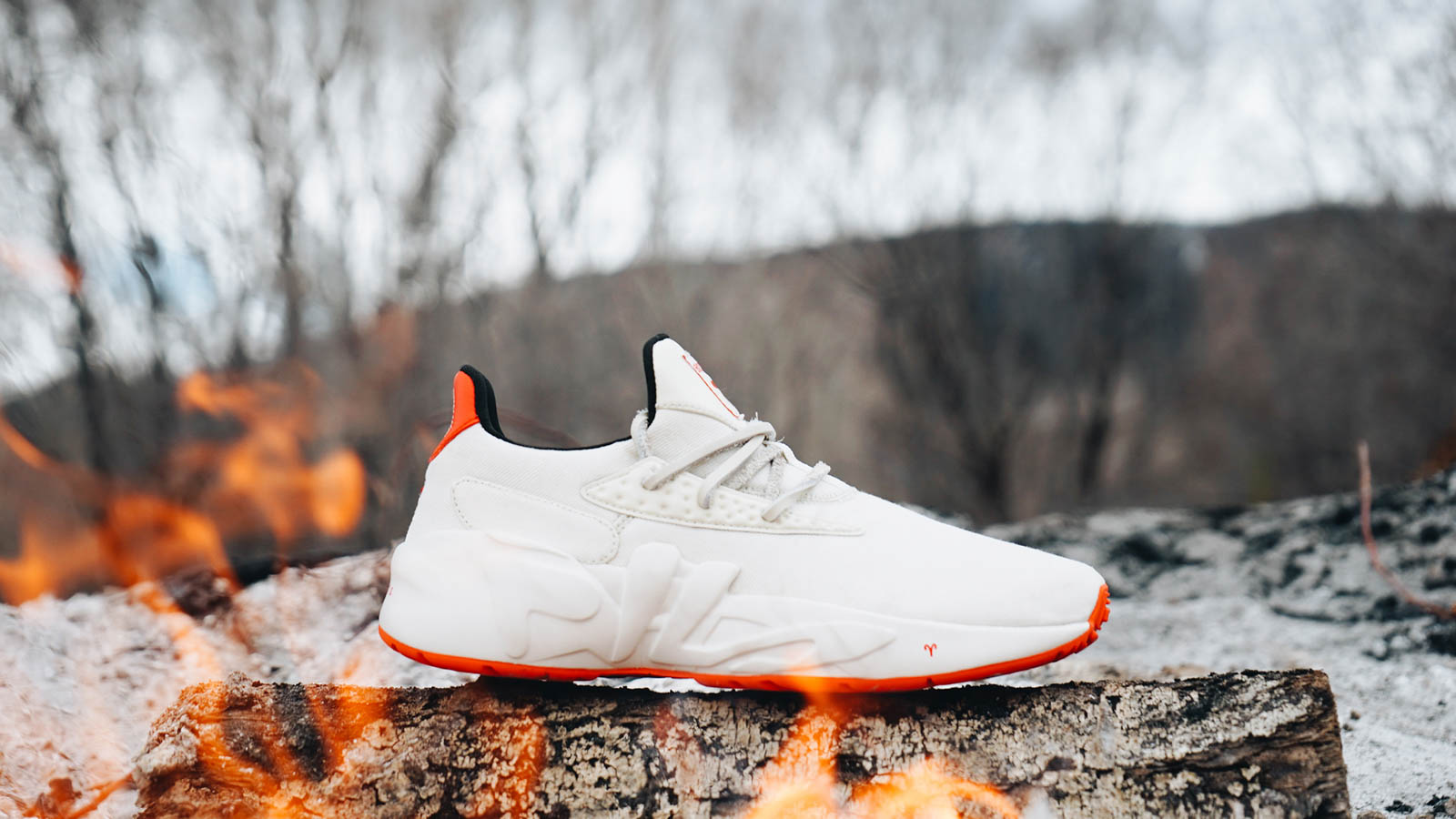 Getting ready to check your daily Horoscope reading to see what the future has in store for you today? If you happen to be an Aries, sneakerhead and cannabis enthusiast, the stars have definitely aligned in your favor.

Inspired by the Aries astrological sign, Fila x Akomplice – “The Aries” is the first-ever sneaker from Fila, the sporting goods company founded in 1911 in Italy, that incorporates hemp. Akomplice, the New York City streetwear imprint company that collaborated with Fila on the joint footwear project, came up with the idea to design a shoe that paid homage to the Aries season.

“We came up with the concept of doing the Aries shoe and wanted to incorporate hemp because of the sustainability. It was kind of perfect because the astrological sign Aries represents the birth of new things, breaking ground,” said Patrick McCarney, co-founder of Akomplice.

The shoe itself features many subtle references to the Aries sign, such as Greek letters and numbers on the back of the heel, a detailed ram imprinted on the insole, red accents that represents the season, and even the fire in the backdrop of the product’s photos are representative of the astrological season.

The decision to integrate hemp into the shoe design goes beyond being a simple stylistic choice. Akomplice selected the material to draw attention to the sustainability and durability of hemp.

“The reason we wanted to use hemp is because fashion has been quoted to be the second-largest polluter next to gas and oil, it’s at least in the top 10 industries of being a polluter,” McCarney said. “With that, we wanted to bring awareness to an alternative material choice that could be used.”

How to Get Them

The shoe originally saw a limited release of 45 pairs by Fila in 2018, but now Akomplice is offering an additional 45 pairs at $120 to coincide with Aries season.

But there’s a catch. In order to get your feet into these ram-bunctious kicks (pun intended), you need to prove that you were born during Aries season, which ranges between March 21 and  April 19, by presenting a photo identification. Alternatively, if your birth date falls outside of the astrological season, you can still place an order, but must explain in the comment box why you’re deserving of these limited edition sneakers. If your order gets approved, a purchase link will be sent requesting the payment of $120.

Akomplice decided to drop the hemp shoe in this limited fashion for a couple of reasons. First, the company wanted to make the limited release an interactive experience for customers, allowing them to communicate directly with the brand about why they want the shoes. Secondly, Akomplice also wanted to prevent resellers from purchasing the shoes just to mark up the price.

As for future endeavors, Akomplice is planning to utilize hemp for more projects. Now that industrial hemp production has been legalized via the Farm Bill, which went into effect at the start of 2019, the apparel company is hoping to source sustainable hemp material directly from producers in the United States.

“We’re definitely planning to start using hemp in our line. This is our first hemp product as well,” McCarney said. “Now, with nationwide legalization, hopefully people start making the material. We’re really into doing stuff in the USA, most of our products are mostly made in the USA, so we want to make hemp-made products that are fully made in the USA, that’s definitely a plan for us.”

Want to Get a Medical Marijuana Card? Here’s What You Need to Know