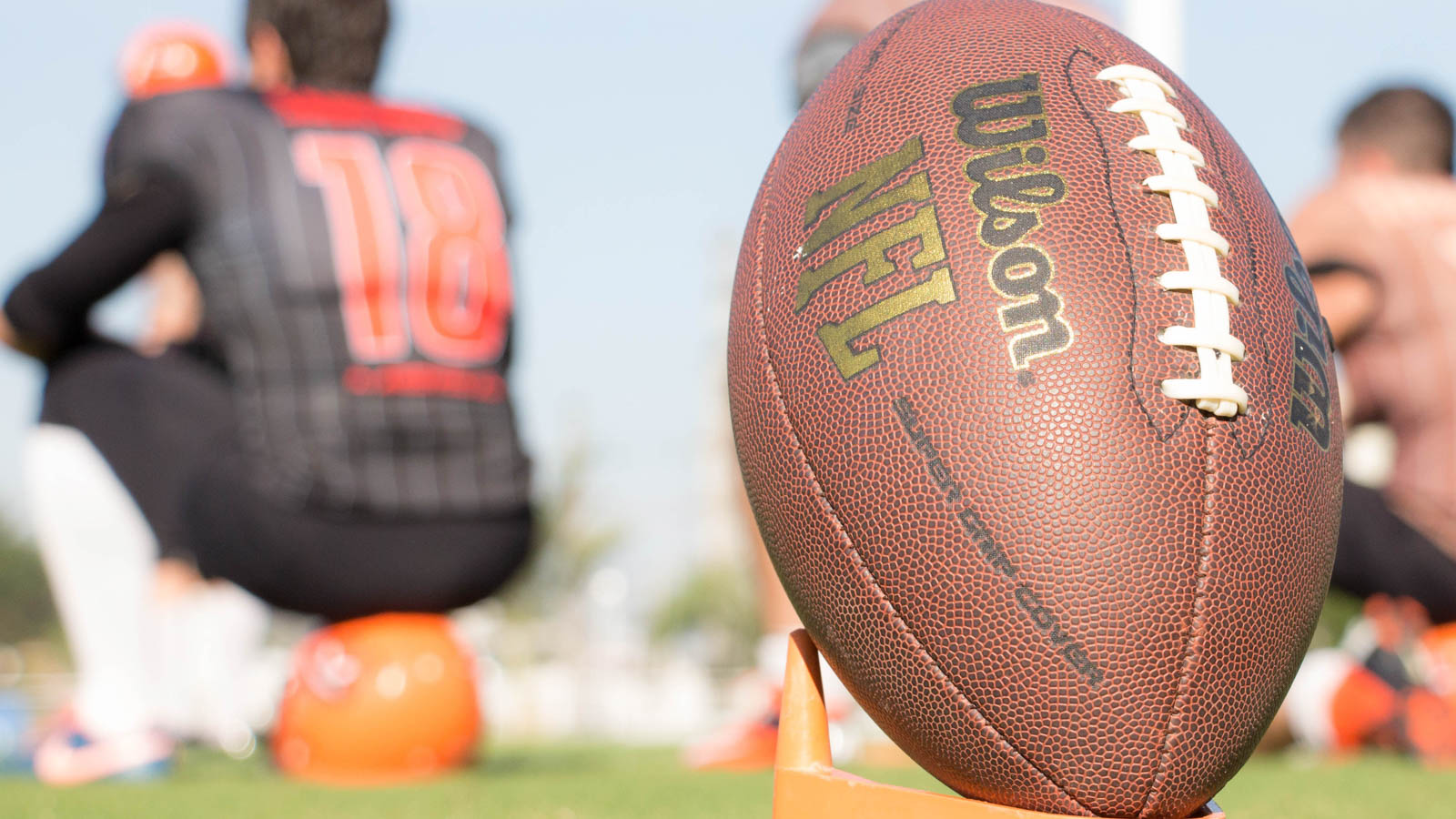 Football may be America’s favorite sport and the National Football League (NFL) is still at the apex of its popularity, but it has a dark cloud overshadowing its undeniable clout amongst professional sports.

Despite being widely considered one of the most physically taxing sports in the world — researchers found that 99 percent of former NFL players who donated their brains to science had some form of chronic traumatic encephalopathy (CTE) — the league still enforces one of the strictest cannabis policies in professional sports.

While Americans have come to view marijuana much differently than it did even a decade ago, the NFL has yet to follow suit — but that could change come 2020.

CBA Up for Renewal

While the plant remains a fully banned substance under the incumbent collective bargaining agreement (CBA), according to a report from NBC Sports, the NFL has quietly discussed making major concessions to its substance abuse policy, with medical marijuana being the primary focus. However, for a league that has been historically anti-pot, coupled with the fact that it’s still illegal federally, it’s not as cut-and-dried of a situation as one might think.

Per the NBC Sports report, the league has discussed making medical marijuana permissible in states where it is legal, but this could wreak havoc on free agency, as players might likely favor teams in states where adult-use or medicinal marijuana is legal; 25 of the NFL’s 32 teams are in such states. While a full removal of cannabis off of the banned substance list is also still on the table, the league would need to have a protocol for players with marijuana-related offenses in banned states. This presents the NFL with another roadblock it is not yet prepared to clear.

It’s inevitably going to have to come down to the 2020 CBA.

Many around the league, including NFL Players Association (NFLPA) Executive Director DeMaurice Smith, expects another lockout to occur in 2020; it would be the first since 2011. As always, player health and safety will remain a hot-button issue.

Former Tampa Bay Buccaneers and Detroit Lions running back Mike James, who famously requested a medical marijuana exemption from the league but was denied and ultimately decided to hang up his cleats, certainly hopes the league makes some wholesale changes on their policy. Currently, the former tailback serves as one of the loudest voices in the cannabis advocacy movement and has made a second career out of cannabis advocacy, working alongside groups like Athletes for CARE in order to help educate athletes, both former and current, about the benefits of medicinal marijuana.

James struggled with an overreliance on opioids after he was prescribed the medication following an ankle fracture sustained in a Nov. 11, 2013, “Monday Night Football” game against the Miami Dolphins.

He told Weedmaps News that NFL players are four times more likely to become addicted to opioids than the general population due to the league’s penchant for prescribing them. That coupled with the NFL not providing enough education to its players regarding the pitfalls of prescription pain medication, is a recipe for substance abuse, James said.

“I’m a child of substance abuse,” James said. “My father was on crack my whole life. So now my risk of becoming dependent on something I really have no education on becomes so much greater.”

He also believed that in addition to serving as an alternative to opioids, cannabis has certain neuroprotective qualities that can serve as a safeguard against brain trauma, something even the finest equipment fails to do.

“There is nothing that can stop the brain from moving around in the skull,” he said. “So you can get the most equipped helmet in the world, I’m talking about world-class designs, but when you get trauma to the head, there is nothing inside the brain that is stopping the brain from hitting the skull. The only thing you can do is try to repair that damage, or do something proactive to stop it. And that’s where I think cannabinoids come in.”

James also said cannabis can also serve as an anxiety relief for the majority of NFL players suffering from mental health issues. The average career span of an NFL player is a little more than 2  1/2 years, and James says the lack of job security — and guaranteed money — can be stressful for a young player trying to make it in the league.

“Guys get cut every day,” James explained. “That anxiety of going to work and not knowing if you’re going to have a job today, while you’re in the middle of feeding your family — that anxiety alone is crippling.”

What Other Sports Do

There has been no shortage of people — both within the NFL and outside of it — that have clamored for the league to make significant changes to its incumbent policy surrounding cannabis. Other professional sports leagues, most notably the Ultimate Fighting Championship (UFC) and the National Hockey League (NHL), have made cannabis far more accessible to their athletes. The NFL could potentially use those as a template.

The NHL, for example, doesn’t condone the use of marijuana, but also doesn’t deem it a banned substance under its current CBA. Most players who test positive don’t face any type of punishment. If league doctors find exorbitant amounts of cannabinoids within a player’s body, the best they can do is refer them to a mandatory substance abuse program.

The UFC also has some lenient policies when it comes to cannabis. The UFC partners with the U.S. Anti-Doping Agency (USADA) to test its fighters. The USADA follows the World Anti-Doping Agency’s code, which only prohibits cannabis use within competition.

Anna Symonds, who plays in the USA Rugby Women’s Premier League and is a member of the aforementioned Athletes for CARE, a nonprofit organization advocating for increased “standards of health, safety, and quality of life” for athletes, believes even the UFC policy could also use some fine-tuning. Symonds dabbled in mixed martial arts (MMA) back in 2014, where she sported a 1-0 amateur record.

“[The UFC’s policy] is good, but not good enough,” Symonds wrote Weedmaps News via email. “It doesn’t address the needs of someone like UFC fighter Elias Theodorou, who deals with excruciating bilateral neuropathic pain. He needs to be able to use the medicine that is most effective for him, and he should have the right to. That medicine happens to be cannabis.”

Regardless, both leagues represent a step up from current NFL provisions.

CBD and the NFL

Houston Texans wide receiver DeAndre Hopkins believes legalizing cannabidiol (CBD), a non-intoxicating compound in cannabis, could serve as a bridge to cannabis use in the NFL, according to a July 2, 2018, Bleacher Report article. However, both James and Symonds agree that utilizing the full cannabis plant should be the main goal.

“When it comes to chronic pain, where guys are using something extensively, or over a long period of time, I’d rather for it to be cannabis versus opiates,” James said. The former running back noted that the THC in the full plant helps greatly with alleviating pain.

“There are some benefits from hemp-derived CBD,” he noted. “But I’m a full-spectrum guy.”

Symonds also said there’s already plenty of evidence to support that the full-spectrum plant is the better, if not the absolutely necessary, option.

“It’s past time that sports leagues and governing bodies recognize the science showing cannabis’ therapeutic benefits — including not just CBD, but also THC and all of the other many beneficial components of the plant.”

It’s past time that sports leagues and governing bodies recognize the science showing cannabis’ therapeutic benefits — including not just CBD, but also THC and all of the other many beneficial components of the plant. Click To Tweet

A Win for Both Sides?

While the implementation of a progressive marijuana policy will certainly help player safety and morale, it can also impact the league itself. According to James, the NFL has the potential to profit off of a policy change. This would be through various sponsorship deals with cannabis companies, much like the league already does with alcohol — most notably, Bud Light, as its “Dilly Dilly” commercials remain a staple of Sunday football. James thinks that it’s a relatively easy decision, considering what is known about marijuana vs. alcohol from a health standpoint.

“With cannabis moving in the direction that its moving, I think it can compete with alcohol sponsorships,” he said. “It would give the NFL another option to create revenue for its players.”

The NFL could stand to profit, and more importantly, create a more comfortable environment for their contracted employees, but will they pull the trigger?

For Washington Entrepreneur, Cannabis is Key to Healing Chronic Migraines

Women With Endometriosis May Find Relief With Cannabis