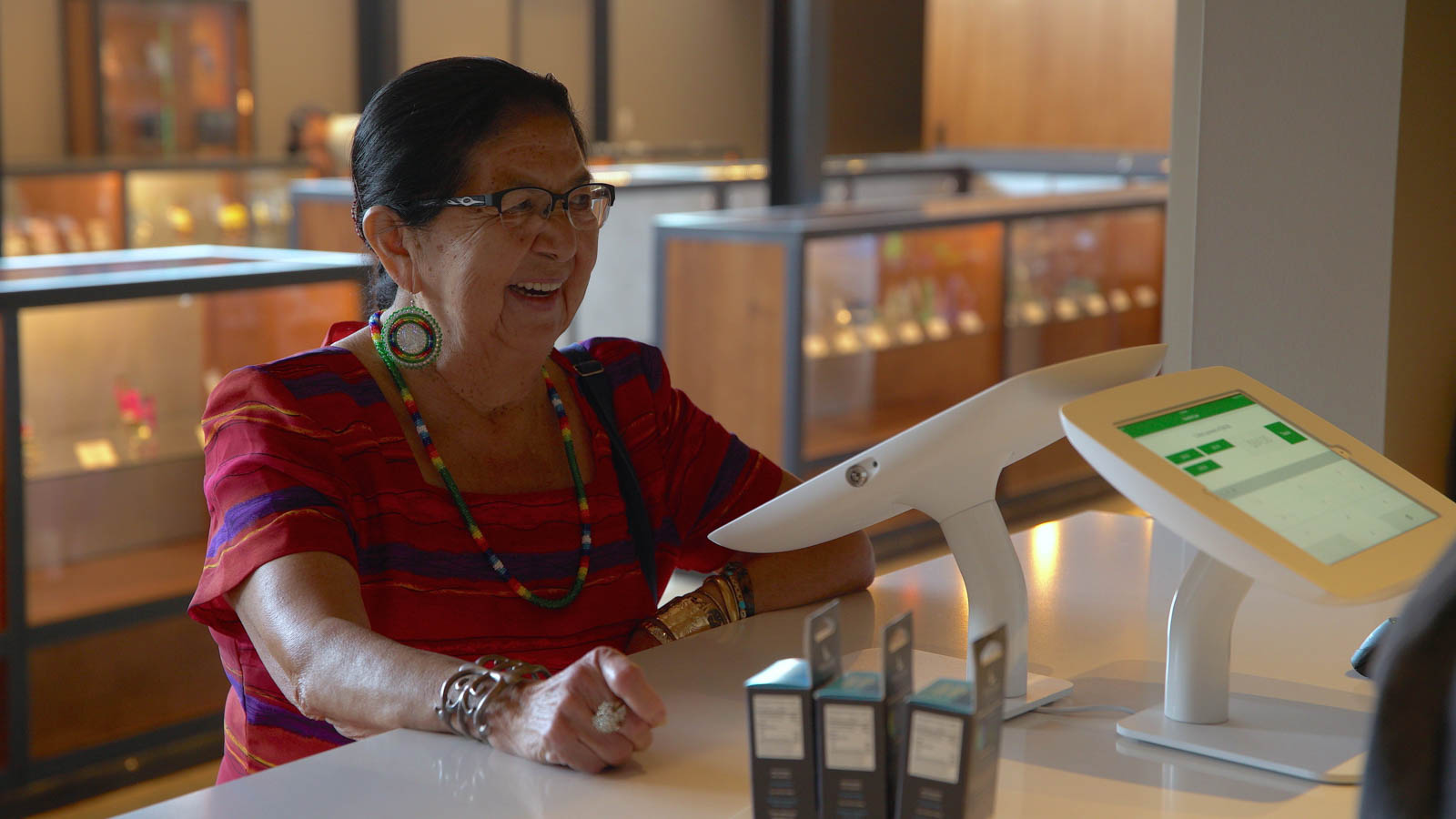 Because the cannabis industry and landscape changes at a rapid pace, many have predictions about the next big thing in weed. That doesn’t mean we’ll have the flying car of dispensaries anytime soon, but weed-trimming robots are right around the corner.

At South by Southwest (SXSW) 2019’s inaugural cannabis business tract, the evolution of cannabis retailers and dispensaries was one of the hottest topics of discussion. The trajectory was the focus of “Dispensaries of the Future,” a 60-minute panel featuring four experts: Chelsea Bernardo and Ashley Picillo of Point Seven Group, a global cannabis retail consultant agency that has served more than 100 clients; Anne Forkutza, vice president of strategic programs at Cova, a cannabis software company; and Megan Stone of High Road Studio, which has been consulting on branding and interior design for dispensaries for five years.

Given that SXSW is a general music/film/tech conference located in Austin, Texas, a state where legalization still has plenty of hurdles, the intended audience was broad and themes were aimed largely at entrepreneurs and customers entering the cannabis marketplace for the first time.

The broader theme embraced by each of the panelists was that in the early days of cannabis legalization, the product sold itself. Now with an estimated 4,000 dispensaries in the U.S., according to the panelists, competing for customer loyalty in a landscape where consumers already have plenty of options presents a new set of challenges and demands a new style of dispensary.

Here are the four biggest takeaways from the panel:

1. Retailers Are Coming to Main Street

“People don’t want [dispensaries] in their backyard, because the images they associate with this business are those bad, negative, grimy, grungy, illegal black market type spaces,” Stone explained to give context as to many dispensary owners have previously been “relegated to awful parts of town and build out in spaces that were never meant to be retail spaces.” These locations have been seen as less-than-inviting to new consumers to cannabis, who may still feel as though buying cannabis is an illicit activity.

But that’s starting to change. MedMen opened a retailer on Fifth Avenue in Manhattan, New York, and Planet 13 is just off of the Las Vegas Strip. Stone and her company consulted Maitri Medicinals in Uniontown, Pennsylvania, a cannabis retailer in a 10,000-square-foot space in the heart of the downtown Historic District. A boutique hotel can be seen through 14-foot-(4.27 meter)-high glass windows that are designed to invite walk-in traffic and prepare consumers for a comfortable shopping experience.

“We put cannabis on Main Street to present a completely different image than anybody had ever thought,” Stone said.

2. Retailers Need to Tell a Story

“When you think about a local restaurant or coffee shop you go to, why do you like it? You like it because of the staff, you know the owner, you know why they started that coffee shop in the first place. That’s very similar [to] creating a brand for a dispensary,” Forkutza said.

Most restaurants build their identity on the origin story of their founders or chefs, a strategy that works equally well for dispensaries. Highlighting a founder’s community activism and history in the industry goes a long way to establish brand loyalty. Colorado’s 3D Cannabis Centers in Salida and Denver serve as an excellent example of brand-building, based on founder Toni Savage Fox’s two decades of marijuana advocacy —and holding the distinction of selling the very first recreational sale in the world.

It’s also becoming much harder to distinguish your brand based on the product alone, whereas as a dispensary owner your background can set you apart.

“When you move into different dispensaries, we’re seeing a lot of commonality in terms of what is available on store shelves,” Bernardo said. “All things equal, we need to think about how to draw people in when your offering is pretty much the same.”

3. Brand Your Shop After a Familiar Retail Experience

When you can’t touch or sample the product a store is selling, it’s tough to make a connection with customers. Retail consumers typically think of items behind glass as luxury goods like jewelry, which appeal to aspirational desires. There are few experiences quite like visiting a dispensary, which once again turns off first-time customers.

Much like a welcoming lobby, creating a familiar experience encourages walk-ins as well as those intimidated by typical dispensaries. One example of a dispensary taking a different brand identity approach is Prairie Records in Canada. The Warman, Saskatchewan, dispensary models its layout like a record shop, with shelves full of faux LPs listing strains and their effects. It adds a more tactile element to a shopping experience in which shoppers can’t just walk up and touch the products. And most importantly, it gives people a touch point of a familiar type of business to lower the barriesr to exploration.

“It’s a way to erase 80 years of negative stigma. You have to get over that hurdle and giving them something they can relate to is hugely important,” Stone said.

4. Retail Operations Need to be on Point

Dressing up a dispensary like a record store won’t become the norm, but staying current with the cutting edge of retail logistics is one way for a dispensary to distinguish itself. Technological advances are key but also a challenge, given that cannabis shops are one of the only types of retail stores that accept only cash.

“Providing a space where [a woman is] comfortable to set down a purse, or providing privacy so that a woman can take her wallet out, [which is] the most vulnerable thing you will ever do in a retail space as a woman, [so they can] start shelling out hundred dollar bills,” Stone said.

Especially in medical dispensaries, the checkout process is much more complicated than just scanning a barcode. Forkutza cited the statistic that customers typically wait between 3 and 5 minutes at checkout, a flow experience that’s uncommon in most other retail businesses.

Streamlining that experience requires a point of sale system that allows maximum efficiency. “You don’t want to buy a point of sale system that doesn’t have an open platform,” Forkutza said. That means software that fluidly incorporates online ordering, a mobile app, digital menu boards, and potentially even vending machines with facial recognition.

“I think the way that the federal government wants to treat this and evolve on banking, taxation, and interstate commerce will be the wildcard factors in Whole Foods selling weed someday, as opposed to this golden ticket license that people have fought so hard for,” Stone said.

How to Get Your Medical Marijuana Card in Oklahoma

Budtenders Take to the High Seas with Weedmaps’ Boston Kickback 2019