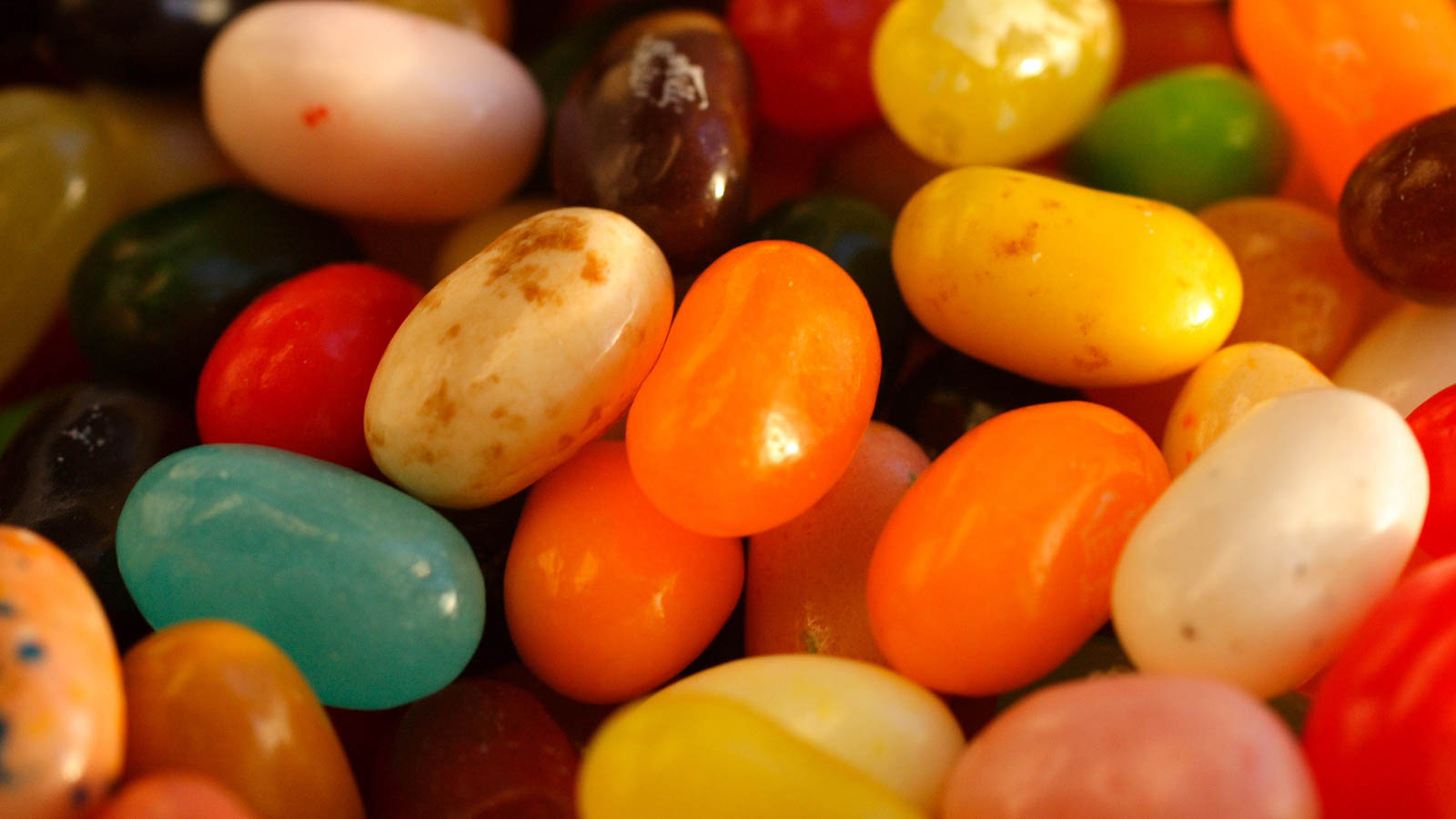 Candy lovers and cannabis connoisseurs alike can look forward to a new CBD-infused jelly bean created by the inventor of one of the world’s most famous brand’s of the minuscule morsels: David Klein, the man behind the Jelly Belly jelly bean.

Klein collaborated with Herman Goelitz Candy Co. to infuse natural fruit puree into the bean-shape candies, according to a 2011 Los Angeles Times profile. Klein’s invention — named after the classic folk and blues musician, Lead Belly — would quickly become a hit and were the go-to candy for Ronald Reagan during his presidency. However, he sold his stake in the company in 1980 and supposedly entered into a 20-year non-compete agreement for $10,000 a month. Klein himself has repeatedly stated his regret over giving up the rights to his marquee product.

But now, nearly 40 years later, Klein is making a cannabis-infused comeback with his new candy company, Spectrum Confections. According to a report from Cannabis Aficionado, Klein has adapted to the zeitgeist, infusing his own fruit-flavored candy with 10 milligrams of cannabidiol (CBD), a non-intoxicating cannabinoid of the cannabis plant.

After years of attempting to come up with his next Jelly Belly — a list that includes a caffeinated jelly bean, among others — Klein has turned to the rapidly expanding cannabis industry for guidance.

Much like Klein’s former product, Spectrum Confections provides its users with a vast array of flavored jelly beans — 38 to be exact, including flavors such as strawberry cheesecake, spicy licorice, mango, and toasted marshmallow.

Customers can also choose between classic Spectrum Jelly Beans, Sugar-Free and even a Sour variation.

The company’s flagship product has already been a major hit — all CBD-infused jelly beans are currently sold out on its website. For the time being, all orders have to be done via email or phone due to the influx of demand, according to the company’s website.

While the idea of a cannabis-infused jelly bean isn’t exactly new, seeing a candy diehard like David Klein enter the cannabis space may excite jelly bean fans. After all, the man does claim to have “jelly beans in his DNA.”

Tim Kohut is a writer, journalist, and comedian hailing from Rockland County, New York. He’s covered the burgeoning cannabis industry extensively over the past several years as both a Staff Writer and contributor for High Times Magazine, Green Rush Daily, and now Weedmaps News. He also currently serves as a Features Editor for The Knicks Wall. His work has also appeared on Bleacher Report, Fansided, and Clutchpoints.

If reducing harm to society is the goal, a cost-benefit analysis shows cannabis prohibition...