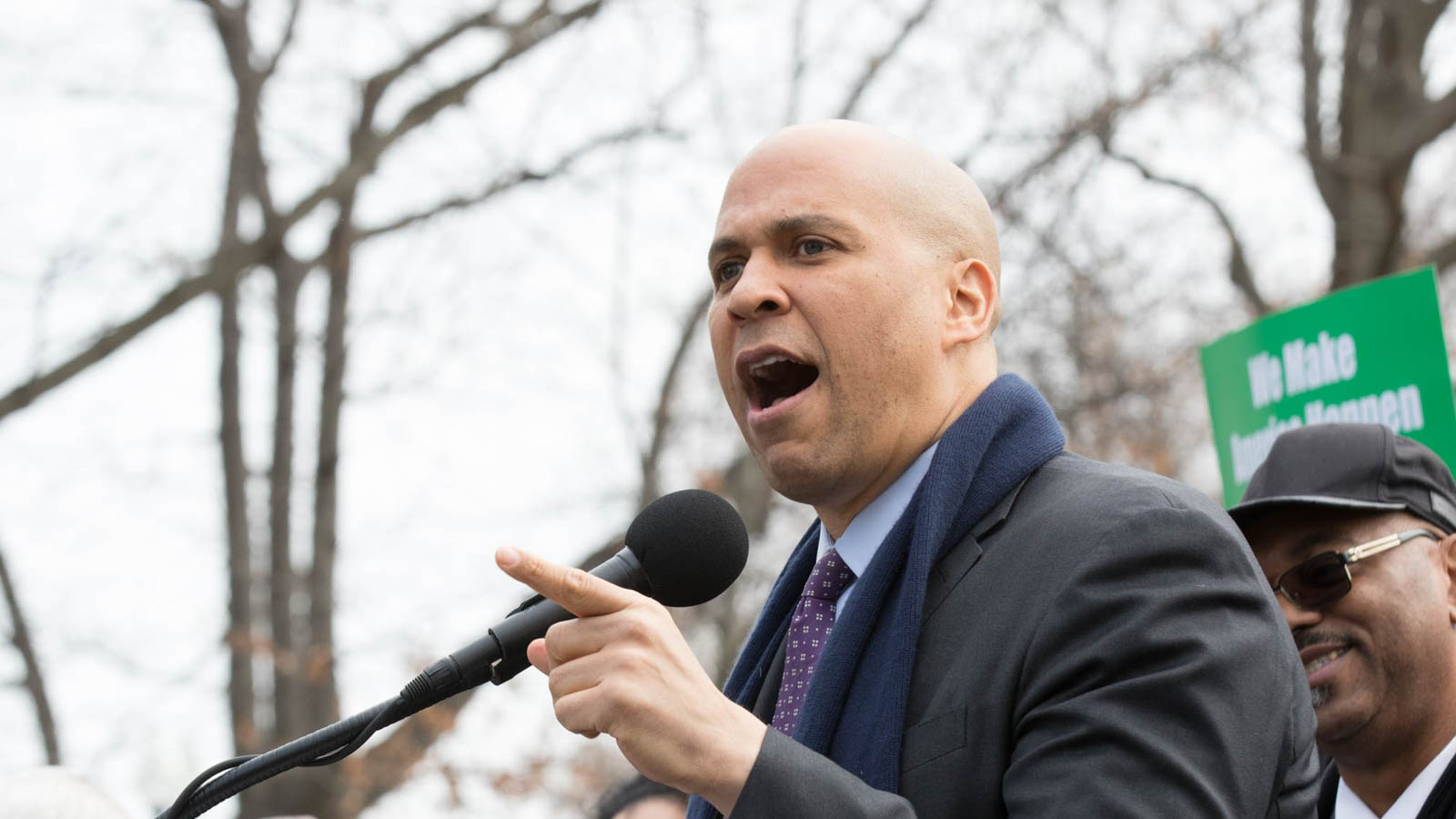 Democratic Sen. Cory Booker of New Jersey explained why marijuana legalization is no laughing matter March 17, 2019, and seemed to take a dig at his Senate colleague, Kamala Harris of California, over the way she lightheartedly admitted to smoking cannabis in college.

During a campaign stop in Iowa, Booker was asked where marijuana fits in his criminal justice agenda. He emphasized that “a lot of people have a very different perspective on marijuana than I do.”

His next comment appeared to be a veiled criticism of Harris, a rival presidential candidate, who spoke about her personal experience with cannabis and relatively newfound support for legalization on a radio program in February 2019.

“We have presidential candidates and congresspeople and senators that now talk about their marijuana use almost as if it’s funny,” he said. “But meanwhile, in 2017, we had more arrests for marijuana possession in this country than all the violent crime arrests combined.”

While Booker didn’t call Harris out by name, her recent admission — which was followed by a light back-and-forth about what kind of music she listened to when smoking — garnered dozens of headlines and also some backlash, including from her own father. “Half my family is from Jamaica,” she said at the time, laughing. “Are you kidding me?”

Independent Vermont Sen. Bernie Sanders, who also has announced his candidacy as a Democrat for president, also recently talked about his cannabis experience, but the conversation wasn’t as humorous in comparison and received significantly less media coverage.

Booker’s jab may offer a window into future Democratic presidential debates, with support for legalization increasingly being seen as the bare minimum requirement on the issue and candidates competing to address its implementation more thoughtfully.

It could also be an early sign that Harris’ record as a prosecutor who oversaw the sentencing of people for nonviolent drug offenses is a vulnerability that Booker and other candidates may seek to exploit before the Democratic electorate, which overwhelmingly supports legalizing marijuana.

Harris’ giggle-filled admission of her past cannabis consumption in the February 2019 radio interview wasn’t the first time she treated the marijuana issue as a laughing matter.

In 2014, she dismissively laughed off a reporter’s question about legalization instead of providing a substantive response on her position.

Harris also made an attempt at a cannabis joke in a January 2019 appearance on Stephen Colbert’s “The Late Show,” saying that the reason she looks so happy on the cover of her book is “not because I smoked a joint or anything, even though we legalized.”

In his comments on March 17, Booker spoke about marijuana for several minutes, noting the racially disproportionate arrest rate for cannabis possession and the long-term consequences of having a non-violent drug conviction on a person’s record.

“In Newark, I’m sorry, the margins for error for my kids to experiment with drugs, like people often do, that margin is not there,” he said. “And then one kid gets one charge for possession of marijuana for doing things that two of the last three presidents admitted to doing, and what happens to their lives?”

And then one kid gets one charge for possession of marijuana for doing things that two of the last three presidents admitted to doing, and what happens to their lives? Click To Tweet

There are tens of thousands of “collateral consequences” of drug arrests and convictions, he said, ranging from ineligibility for public housing to lost employment opportunities.

“So I’m all for legalizing marijuana. I have the premiere bill in the Senate to do it,” Booker said. “But you know what my bill says? It doesn’t say just that we should deregulate marijuana on the federal level, we should make it legal and let the states do what they want. But it doesn’t stop there, because do not talk to me about legalizing marijuana unless in the same breath you talk to me about expunging the records of the millions of people that are suffering with not being able to find a job.”

“And then on top of that, people who are in prison should be able to petition their way out under the new laws. And more than that, all of this tax revenue that we’re going to get from marijuana should be reinvested in those communities that have been disproportionately targeted by the war on drugs — for education, for drug treatment, for job training programs.”

Booker also talked about an issue that his legislation doesn’t directly address: equity in the marijuana industry. He said he gets “very upset about” about the fact that communities historically targeted by the war on drugs are largely left out of opportunities to participate in the increasingly legal cannabis economy.

“We need to start talking about what I call restorative justice in our system and make sure that when we look at our laws, we create commonsense laws because right now we are spending billions of dollars in this drug war,”  he said. “With this money that could go to infrastructure, it could go to education, it could go to so many more positive things than warehousing human potential in the country that is the leading nation for incarceration when we should be the leading nation for education.”